Since then, Jiang Yu had paid attention to cultivating Gu Zeyi's drawing skills, so he had received many fashion courses since he was a child. With this, JY's new children's clothing brand also incorporated Gu Zeyi's design.
Of course, all this was not enough to make Jiang Yu happy.
Jiang Yu felt that her life with two sons was not complete yet. Many young fans did not want her to have another child. They were afraid that she would be a baby machine.
There were also media saying that Jiang Yu kept giving birth to consolidate her position in the Gu family. She gave birth to two sons in order to fight for family wealth, due to this she had to fight for a third child, but only Jiang Yu herself knew that she really wanted a daughter.
Wuwuwu... A little princess would be so cute, Ye Fang and Mu Ran's Xiao Mi next door was so cute, she was also getting more and more beautiful, why couldn't God give her a daughter? Things that were particularly easy for some people to achieve were extremely difficult for Jiang Yu.
Therefore, when Jiang Yu was pregnant with her third child, she was very hesitant and tangled. As netizens said, although her figure was not deformed in the slightest under her harsh exercise, pregnancy was still a very hard thing.  Especially because it's easy to make the belly loose.
Jiang Yu abused herself every time, pushed herself hard, and went to the gym all day, so that she could lose any fat on her belly after giving birth. Keeping her own body on her high standard was not an easy thing to do. These seemingly simple things were pain that others might not understand. So she hesitated, should she fight again?
But Jiang Yu was not yet 30 years old and she didn't want to regret not having a daughter all in her life. In the end, she gritted her teeth and went to a temple to worship, hoping to have a daughter.
After the fetus was more than a month old, Jiang Yu went to take blood test and learned that the baby was a girl! Although she would still give birth whatever gender it was, she still cried with joy when she saw the result on the test report.

Gu Shenliu hugged Jiang Yu, also feeling emotional. Although his little princess was a little late, she finally landed at their home.
Since then, Jiang Yu's shopping problem was turned over again. When she had two children, the second son mostly wore the old clothes of the eldest son, but now that she was going to give birth to a little princess, the boy's clothes couldn't be worn, so Jiang Yu was very happy to collect cute things!
Finally Jiang Yu could buy buy buy! Princess dresses, princess hair accessories, princess beds, princess socks... everything for the baby girl excited her. She couldn't stop, and for the little princess, she also made crazy promotions, celebrating every occasion, and resulting in JY's sales in the month to rise to an incredible amount.
Jiang Yu finally gave birth for the third time. She was already very experienced. After giving birth, she slept for a whole day before waking up. It really took too much energy. That day when she opened her eyes, she saw more than a dozen Gu family members standing in front of her.
"Jiang Yu, are you feeling better?" The Gu family was a big family, and there were more than a dozen people. Jiang Yu smiled and said, "It's much better."
Gu Shenliu brought the little princess over with a bright face. He, who had experienced two sons, probably had given birth to fake children before. Otherwise, why was there such a big gap between girls and boys. He was almost melting under the feet of the little girl.
Jiang Yu looked down at the child, who looked like Gu Shenliu between with the same brows and eyes.
"The child is very similar to Gu Shenliu. We have checked it and she is very healthy. This child ranks 17th in her generation. Jiang Yu, do you have a good name?" The Gu family asked with a smile.
"Think about it." Jiang Yu said with a smile: "My daughter will be called Qiqi." (TN: Qiqi literally means seven seven.)
"Qiqi? Not bad! Hey, you are so lucky! The 16 children in this generation are all sons. Gu Zeheng and Gu Zeyi in your family are included. I thought you will be like me where our grandchildren are all boys! Hey, I'm so angry! My daughter-in-law has just given birth, and it is another boy! You say, why is it a boy again? This is almost a curse in our family!" After that, the sister-in-law of Father Gu looked at Qiqi with envy and hatred, she said:  "Why do you think your life is so good? If you want a son, you get a son, and if you want a daughter, you get a daughter!"
These words made Mother Gu and Father Gu smile like flowers. There were always too many boys in the Gu family. Their ancestors just had such genes. Gu family didn't want sons, but they got only boys in their entire lives! When Jiang Yu was pregnant with her third children, these people also said that the baby must be a son again, but fortunately, Jiang Yu was very good and gave birth to a baby girl. Mother Gu could laugh out loud when she thought about it in her dreams. There are 16 sons in the Gu family, but their family Qiqi is a girl!
"Oh! Boys and girls are the same! They all hurt the same!" Mother Gu pretended to be modest: "Now men and women are equal, so everything is the same."
"Humph! You have a granddaughter in your family so you can say that now, how can we who don't have it not be greedy?"
So, after seeing the little princess, all the Gu family left sourly. Look at how cute and soft the little princess was, wearing a small skirt and a small net hat. It was said that those fans on the Internet know that Jiang Yu had given birth to a daughter, so they went on the news.
Qiqi was born a real princess. This child was chubby when she was young, with small lips, and when she pouted, everyone's heart was about to melt.
...
One day, the family of five went out.
Jiang Yu walked in front, Gu Zeheng followed behind her, Gu Shenliu hugged Princess Qiqi in a small skirt with his left arm, and Gu Zeyi followed on his right arm. People were taking pictures like crazy. In the past, people used to take pictures of the two adults, and sometimes they also took pictures of Gu Zeheng and Gu Zeyi, but now they couldn't do it anymore. These people were now old news while Princess Qiqi was the current traffic!
Qiqi inherited her mother's hot search physique, so she would be on hot search wherever she goes. 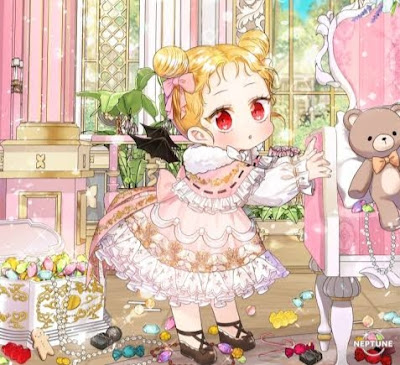 Since then, the endorsement invitation had continued. The happiness of a family of five made all the manufacturers wanted to find them as models, but unfortunately it was all rejected by Gu Shenliu.
Gu Shenliu said that the family was not short of money, so they wouldn't use their children to work.
Netizens were swiping the screen every day, and they had also established the Qiqi Global Support Association.
——Wow, our Princess Qiqi is really cute! Wherever she goes, she will gather a crowd!
——Wow! Qiqi pouted! so cute!
——Qiqi's clothes are so cute! Was it specially designed by Jiang Yu for her? Pretty! Please do mass production, my children want it too!
——Wow! Qiqi is so fashionable! Still so small but she can already carry a brand-name bag crossbody when sitting in her father's arms, so trendy!
——Princess Qiqi is the little princess of the whole family! Kneeling and begging Jiang Yu not to have another child! I hope Qiqi will always be the youngest and always be pampered by the whole family.
——Yes, I beg Jiang Yu not to have another child. It feels like giving birth to her is like playing. Every time she goes out to the street after giving birth, she was even thinner than before pregnancy. Now her figure is even better than when she was 21 years old. I am her old fan, and I know for sure that her breasts are a little bigger now, she is also more feminine!
——We hope Qiqi will be the only princess!
Jiang Yu was annoyed by these comments. Did everyone think she was addicted to giving birth? Don't these people know how tired it is to be pregnant? If it wasn't for her dream to have a daughter, she wouldn't even have a second child. Besides, she was getting busier and busier with work now, and she also had to take care of her existing family and children. This child would be going to primary school, that child would be going to kindergarten, and the little one had to be with her every day. Otherwise, netizens would accuse them of not caring about Princess Qiqi and neglecting Princess Qiqi. One day, if Qiqi pouted, netizens would come to ask her if Qiqi was unhappy.
Needless to say, Jiang Yu would definitely not have another child! With these three children, her life had no regrets!