"Yao Yiyi! Sigh! My high school classmates said that she is currently working as an escort. They said that she had booked a room in a hotel all year round. They said that because she is a Shencheng local and a college student, the price is very expensive. I don't think bad in the beginning, but in the end, Yao Yiyi, why are you so irresponsible? You really want to be famous? Let me tell you, your behavior has affected my daily life. If you don't make me feel better, I can also make you more infamous!"
Bang.
Yao Yiyi couldn't stand still and fell to the ground all of a sudden. She looked around suspiciously and kept saying, "No! No! I didn't do that! I'm didn't! Jiang Tianlai, you are talking nonsense! Nonsense!"
After hearing this, how could netizens not know what happened?
They were pissed! Everyone felt that they were being fooled by Yao Yiyi!
——Yao Yiyi, you b*tch!
——Yao Yiyi, you have been fleshed out by netizens! I see how you end up in the end.
——Too disgusting! She actually made up rumors to frame Jiang Yu and Gu Shenliu!
Yao Yiyi's heart sank, but she was not reconciled. She knew that for her, this was the last chance to turn around. If she didn't grasp it well and couldn't become famous because of it, her life would be over! Her current reputation wass completely stinky, and since that's already the case, she should gain something.
Thinking of this, Yao Yiyi frantically posted:
[No! What Jiang Tianlai said is not true! The person who had a relationship with me was Gu Shenliu! By the way, I am also pregnant with Gu Shenliu's child! It is absolutely true!]
Things were getting worse and worse, but netizens were already feeling tired, pregnant? Hehehe!
——Take out the pregnancy test report!
——If you have the ability, send the photo of the pregnancy test stick! We will help you identify it!
——Haha, it turns out that you are an escort, I said how big your Weibo is!
——Escort? How much do you cost per night? Can you provide door-to-door service?
——@Shenda Official Weibo, the students in your school are working as an escort, is this true? If this is the case, no one will be willing to enter your school. Shenda is really messy!
Pregnancy tests? But where would Yao Yiyi find a pregnancy test stick for them? What's even more frightening was that netizens had been ridiculing her.
——Pregnant? Is the next step you will say you are actually a man?
——How come there are people like you in Shenda?
——Pregnant? Are you sure the child belongs to Gu Shenliu? You have served so many people, do you know who the father of the child is?

At this time, Jiang Yu, who was on the live broadcast, smiled and said indifferently: "Sometimes I really think some things are too ridiculous, so I didn't want to waste my time to explain them. Who knows that the trouble will get bigger. In order to prevent everyone from misunderstanding, I went to Jiang Tianlai directly. I hope everyone knows the truth and don't be fooled by others!"
As soon as this Weibo was posted, a batch of long Weibo with facts and truth appeared on the Internet. Weibo integrated the content of Jiang Yu’s live broadcast into the incident and explained the truth of the matter. Soon, these long Weibo caused netizens to repost frantically. Soon, The truth of the matter spread all over Weibo.
Of course, Jiang Yu was the one operating behind this. At this point, she no longer gave a any interviews, no more replies, she acted as if the matter was over.
As for Yao Yiyi, she was almost scolded to insanity. She was swiped by all netizens, all told her to get out of the entertainment and fashion circles!
...
Xiang Song Garden.
Gu Shenliu crossed his legs and sat on the sofa, reading an astronomy magazine.
Seeing that things were settled, his expression was calm. "Isn't it too cheap for her to just get this?" After a pause, "This is not your style."
"My style? Could it be that you think I'm the kind of person who will do criminal things?" Jiang Yu laughed.
"It's about the same." Gu Shenliu glanced at Jiang Yu and said in a deep voice, "If they don't hit you, you wouldn't think of hitting others, but if someone dares to hit you, I can say that you are the type to go up in the middle of the night and chop their heads!"
Gu Shenliu knew herself well, Jiang Yu laughed and said a few words in his ear.
After speaking, Jiang Yu sat beside Gu Shenliu, Gu Shenliu stretched out his hand and pulled her into his arms. He kissed her on the forehead and whispered, "I've wronged you." 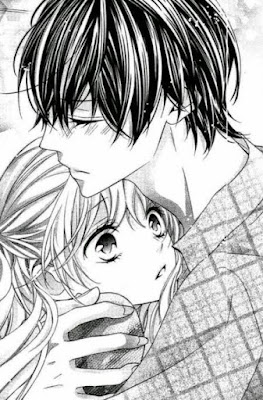 "There is still a need for us to discuss this issue? I said earlier that this matter started because of me, so I..."
Gu Shenliu lowered his head to cover Jiang Yu's mouth, he said vaguely, "I should protect you, not let you be on the cusp!" After he finished speaking, he took the opportunity to slip his hand into her clothes, but the words in his mouth were very firm: "I promise there will be no next time."
Jiang Yu sighed contentedly. The numbing touch made her curl up her toes one by one. After she became pregnant, she felt that her body seemed to be more sensitive than before. Every time Gu Shenliu touched her, even if he didn't touch the sensitive zone, she couldn't help moaning. She turned to Gu Shenliu and began to respond to him little by little, her hands reaching into his bulge.
When she was in school, the teacher said that important things should be grasped with both hands. As a good student, Jiang Yu always remembered this! Of course, practice gave true knowledge. Looking at it this way, it was also good to experiment more!
So, hold on tighter! It also made the two excited.
After Jiang Yu became pregnant, the frequency of the two of them became less, but they did not kick out sex entirely from their daily life. After all, Jiang Yu's body was fine. The most difficult pre-pregnancy period had passed, and she did not have any issue at all. She didn't feel uncomfortable, didn't feel nauseated and vomited easily. Even if they had sex, it seemed to feel better than before because of the pregnancy.
At this point, the couple were satisfied with their current state. But Gu Shenliu would still pay attention to control his strength, so that the movement range didn't get too much to harm the fetus.
In this way, Gu Shenliu hugged Jiang Yu into the bathroom, and the two of them soaked in the jacuzzi with passion.
...

Mother Gu could finally breathe a sigh of relief when this matter was resolved. Recently, she had been busy explaining to her little sisters until her mouth wazs dry. Fortunately, there wazs a video, and Jiang Tianlai came to testify. Otherwise, this matter was really a mouthful to clarify.
The end of the issue made everyone feel safe and no longer worry about it.
As for Yao Yiyi... Of course Jiang Yu wouldn't make her feel better!
However, the results had not come out yet, so Jiang Yu still needs to wait.
...
Before they knew it, autumn had come.
During this time, Jiang Yu had been busy with the relocation of the factory. She put the delivery department and the production department on the new factory, while the office in Huajian Road was used as usual. In October, the new factory was put into production for the first time, and it was a success. Jiang Yu was very satisfied with the clothes produced, especially the embroidery machines' craftsmanship. Although it was not as exquisite as hand embroidery, the complex craftsmanship required by Jiang Yu's design could at least still be provided by the machine. If it was too complicated or too costly, it would not be put into production.
On this day, Jiang Yu posted a selection of posts on Weibo and released a preview of the next launch. However, the preview of this launch had caused a backlash from fans.
It turned out that JY's new launch, the model was no longer Jiang Yu, but a Dutch model. The model was only 19 years old, but foreigners generally looked more mature. Her facial features were similar to Jiang Yu. Her skeleton was small, but her facial features were exquisite. Her body shape was somewhat like Jiang Yu, the one that looked good for taking pictures. Jiang Yu liked the model's sense of camera very much, so she signed a long-term contract with her. But she didn't expect that fans would not like it.
——I still like Jiang Yu as the model  I feel like I want to buy the clothes if it were Jiang Yu, but this model makes me feel very far away.
——Taro Ball, when can I see you! Why didn't you take pictures?
——Taro ball! This foreign model, I refuse, please take a photo as usual! You are the soul of JY, ​​without you there would be no JY!
——You will lose customers like this, I don't like this model.
——I think this model is good. In some respects, she is quite similar to Jiang Yu.
However, Jiang Yu couldn't tell the fans that the reason why she changed the model was because she was pregnant now. Also, because she was busy with work, she couldn't spare the time to take new photos twice a week. Besides, she would also get old and change overtime, even if one day she was gone, JY had to keep going. Changing models was always in the plan.
Jiang Yu did not explain the matter, nor did she reply to any comments from netizens. Netizens were hotly discussing the reasons for changing models. The number of reposts easily exceeded 100,000, the comments were 140,000, and the likes were 440,000.
Jiang Yu smiled. Waiting for the right opportunity, she should tell the netizens that she was pregnant.
...
The app development was still going on, and Jiang Yu would occasionally go to meetings with the team to explain her ideas to make the app user experience better.
Under such circumstances, it was time to have a maternity check again.
Jiang Yu went to the previous private hospital accompanied by Gu Shenliu.
Gu Shenliu pulled Jiang Yu into the hospital door, and was about to walk in, but saw someone behind him sneaking around all the time.
"There are paparazzi!"
"It's okay!" Jiang Yu pulled gu Shenliu, "Don't look back. It's Zhuo Yi, this is the exchange I promised him last time."
Gu Shenliu quickly understood. He no longer looked back and took Jiang Yu's hand into the hospital.
Soon, there was another hot post on the Internet. This post came from Zhuo Yi Studio.