These things also made netizens even more angry, especially Shenda University students, who were scared to death when they found out!
The posts of Shenda's crusade against Yao Yiyi were getting higher and higher, Yao Yiyi had no face to stay in school anymore and had never been to school since then.
Jiang Yu smiled and poured a drink for Bei Xiaoxiao. She into the wardrobe villa to have afternoon tea with Bei Xiaoxiao. "Forget it, don't think about these things. We will graduate next year. After that, everyone will go their separate ways. Maybe we will never see each other in this life, so we should be relieved."
Bei Xiaoxiao snorted: "It's your kindness!"
At this moment, the doorbell rang suddenly, Jiang Yu went out to open the door and saw Gu Linlu standing at the gate holding a little fat child in his arms.
"Little Q?" Jiang Yu smiled and clapped her hands.
Xiao Q immediately jumped into Jiang Yu's arms and gave her a kiss: "Auntie."
Xiao Q's speech was much clearer than before. When he got older, he liked to stick with Gu Shenliu and Jiang Yu. He said that Jiang Yu was pregnant with a younger brother. No matter how the adults teased him, he would not change his mind.
When Bei Xiaoxiao saw Gu Linlu, she smiled and said hello: "Hello, big brother Gu!"
"What kind of strange name is that?" Gu Linlu laughed and said to Xiao Q again, "Xiao Q, come down quickly. Your aunt is pregnant and can't hold you!"
"It's okay, I'll hug him for a moment." Jiang Yu smiled.
"He's three years old, he's fat, he's already too heavy, be careful that you hurt your body!"
Gu Linlu had something to do today and had no time to look after Xiao Q. Coincidentally, all the nannies in the family were on vacation. Mother Gu also went to her parents' house to attend a relative's wedding while Father Gu went on a business trip abroad. Gu Lingxiao was never in the pitcure, he was basically useless. So, Gu Linlu had no choice but to send Xiao Q to Jiang Yu.
When Bei Xiaoxiao heard the words, she smiled and clapped her hands to Xiao Q: "QQ, this aunty will hug you? Let Aunt Jiang Yu rest for a while!"
Xiao Q looked at Bei Xiaoxiao several times with no expression on his face and then blinked his eyes after a long time. He suddenly shouted: "Mother?"
"Eh?" Bei Xiaoxiao was stunned for a moment and looked confused: "Could it be that I look a lot like Xiao Q's mother?"
Jiang Yu still didn't know if Gu Linlu was divorced or not, let alone who the child's mother was, so she didn't speak.
However Gu Linlu glanced at Bei Xiaoxiao and said calmly: "You look like the mother in the cartoon."
"Cartoon? Which one?" Bei Xiaoxiao wondered, did she look like a cartoon character? Was it the red wolf, or the apron mother?
Gu Lin said as he drove his car down the road, "<Little Peppa Pig>!"
Bei Xiaoxiao was silent for a long time, and after a long while, she chased after the car among the exhaust and said: "Little Peppa Pig? What do you mean? You mean I'm like Peppa Pig's mother? Peppa Pig is a pig, so is the mother, Big Brother Gu, come back here!"
Jiang Yu laughed, pinched Xiao Q's face and said with a smile: "Since Xiao Q likes Xiaoxiao, why not let Xiaoxiao be your mother?"
Xiao Q, who was only 3 years old, suddenly became serious and began to think about the first major event in his life.
"Jiang Yu, what are you talking about!" Bei Xiaoxiao said while blushing.
...
Jiang Yu had not planted grass for several days. She had nothing to do that day and happened to be applying eye masks. After thinking about it, she directly took the photo of the eye mask without editing it, and posted it on Weibo: 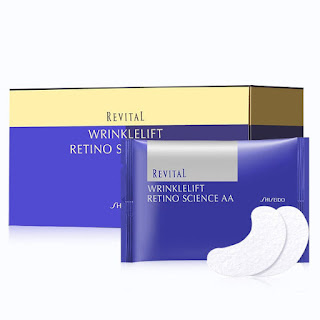 [Shiseido wrinklelift eye mask can quickly smooth dry lines around the eyes! It is suitable for girls who want to improve eye wrinkles problem! The effect is visible, and even already obvious after just one day after use. It is better than the snake venom eye mask I recommended before and the ingredients are safer! By the way, many people think that skin care products cannot be used during pregnancy, but it is not necessarily so. I consulted many doctors and they said that it does not matter, I just need to avoid using whitening or similar type of products.”
During this time, Gu Shenliu had been very busy, always leaving early and returning late. Every time Jiang Yu asked, he said that he had just received a few new advertisements and needed to negotiate.
Jiang Yu was almost always at home alone. After the company went on the right track, she didn't have to deal with as many works. Instead, she was more leisurely than before. She even occasionally found time to do her graduation project and write her graduation thesis.
At this time, the research of app had made a breakthrough.
"President Jiang! The app has been made almost according to your requirements. The categories and functions meet your requirements, the technical master you hired with high salary is really powerful! The function of the camera software has been added so that this sharing app can take pictures, it also has the design and reshaping function!”
With the development of smartphones technology today, it was not too difficult to make an app, but it was not easy to make an app with a good user experience. Also, Jiang Yu had high requirements for the app.
Jiang Yu took a look and found that the app met almost all her requirements, except that the icon was not very good-looking and looked strange, which did not meet the name she gave.

"Revise the visual! Strive to give users a relaxed but trustworthy feeling!"
"Okay! I'll let design team change it again!"
Under the temptation of high bonus, the people in the app design department could not wait to stay in the company 24 hours a day. Jiang Yu went to check several times and saw them sleeping on the folding bed in the office. She heard that in order to encourage these people and let them work all the time, the company even invited some cute girls to stimulate these single dogs.
Jiang Yu was happy to see the success of these methods. What she had to consider now was how to better market this app.