When Zheng Lan came out of Jiang Yu's office, she was full of doubts about herself. In terms of qualifications, she was a senior employee. On the day she came to JY, she managed the company's affairs, both in terms of sales and company operations. She felt that the current development of JY was very benign, so there was a balance every day. A huge amount of money was received every day, the reputation was very good, the output of the design department was also stable, and there was no plagiarism scandal. They cooperated with high-profile units such as the British Museum and Peking University, they sent the staff of the design department to train when they had time to learn about a lot of art history. They cultivated the quality of the staff and generated inspiration from it. It could be said that every employee in the company was very satisfied.
Under such circumstances, Zheng Lan thought from the bottom of her heart that the company's expansion should be made slower. They could just slowly develop after it stabilizes. At this time, establishing their own factory, although there was no financial burden, wouldn’t it be easier said than done?
Although Jiang Yu said that the factory should be built in the suburbs, or even in nearby smaller cities as the land price would be cheaper, but even if it was not in a big city like Shencheng, the investment would still be huge!
Was it necessary?
Zheng Lan wondered if she was getting old. She just wanted to maintain the status quo, first earned hundreds of millions more for the boss, prove her strength, managed the company well, and then slowly develop, instead of taking risks like now.
However, Jiang Yu's rhetoric was well-founded. The company was developing rapidly, and there were too many unstable factors in outsourcing production, and it was impossible to directly micro manage it. If they had their own factory, they would save a lot of trouble and also improve the craftsmanship, which would affect the clothes’ quality and grade.
However, the construction of the factory had little to do with Zheng Lan. The first thing she had to do was to divide the employees of the company's design department into four groups. She had to say that after this decision was applied, the scope of the director's position in the department would be diluted. There used to be 1 director, but now there would be 4 team leaders instead. These four people had the opportunity to compete to be the most powerful designers. The strengthening of the company had made them more motivated. The senior designers who were originally comparable to the director would also worked hard to let Jiang Yu see their own strength.
The staff was even more touched by the high bonus, and everyone was more motivated. It should be said that the decision was beneficial to the development of the company.
After the group was settled, Jiang Yu held a meeting for them. She looked at the 40 employees in the design department and said solemnly: "The implementation of the group system is one of my attempts. The twice-weekly update will increase your workload, but it should also improve the quality. In the past, some works of the design department were unqualified, and they were eliminated by me. In this elimination process, there were no responsive reward and punishment measures, which was unfair to employees who were serious about designing. The new system requires you to work harder. After the internal review of the team, you can recommend your designs to me, and complete the work with quality and quantity!"

Everyone nodded, not too dissatisfied with this distribution. The implementation of the group system was good for everyone, everyone would have fair chance to get ahead, but...
The representative of group 3 said: "If we launch twice a week, we are not sure if we can keep up with the amount of tasks."
"I believe it is possible! As I said, what I want is to improve the quality. The intensification of competition requires each of you to submit high-quality products, unlike before, no pass, no penalty. Now, if you don't work hard, your team members and team leaders will test your pressure. So I hope that after the implementation of this team system, everyone can work hard, each team will be more united, and our company will be pushed to new heights. Of course, as your leader, the only thing I can do is to take the general direction and offer a higher bonus." Jiang Yu was a good boss. She was never stingy when giving money. If she could retain talent by giving more money, it would also keep the stability of JY Company.
Jiang Yu now managed Jado, JY, and Huajianji, as well as JY Haute Couture Studio. This kept her really busy. Coupled with the high requirements for craftsmanship in the Haute Couture store, although she would recruit mature designers and production staff to operate the team, she still needed to personally stabilize the business of the store in its first stage after opening. Only after it stabilized she could had over the matter. In this way, she couldn’t do as many design on the JY Taobao side. She let the designers work in groups to ensure quality and quantity of the future launches.
Everyone did not speak, because no one was a fool. As the task became bigger, in other companies, the boss would not even talk about money at all, but Jiang Yu said bluntly that the better their works, the more bonuses the winning group would receive in each period. This made the employees feel comfortable.
"Okay, after the meeting, I hope that the leaders of each group will write a future development plan to me. Write clearly how you will operate the group and how the group will cooperate. Send it to my mailbox before start of business hours tomorrow." Jiang Yu walked back to her office in flat shoes.
…
The next day, Gu Shenliu was shooting an advertisement in a studio. 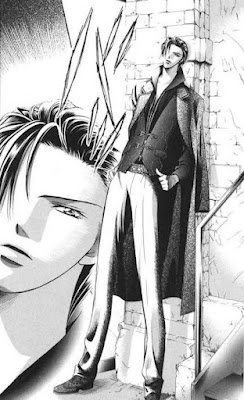 The total box office revenue of 2 billion made Gu Shenliu the most talked-about male actor. He had the body and the appearance, so his movies often sell well. Such an artist, as long as it was hyped, he would definitely be able to dominate the screen every day.
This time, the menswear advertisement of the first-line brand was said to be one of the only two advertisements Gu Shenliu had signed with currently, so the staff naturally attached great importance to it. Forty to fifty people worked together to try to make this menswear advertisement well.
Gao Jing said happily: "Shenliu, with 2 billion box office in hand, these staff are more polite than before."
Gu Shenliu lowered his head and drank coffee without making a sound.
"We only signed you this menswear advertisement for 2 years. 15 million is considered a favor for them. Otherwise, with your current reputation, how could you have such a cheap price?"
"Oh?" Gu Shenliu glanced at Gao Jing, "Sign for 2 years? This is not your style!"
Gao Jing had always been thorough in his work. When he signed advertisement contract, he always liked to sign it maximum a year. Because of Gu Shenliu's reputation, the advertising effect would also be good during the first year. In this way, if the manufacturer asked for a renewal of the contract later, the price would naturally rise.
Gao Jing snorted: "It's different now. I won't do anything unfavorable to you for this money. And besides, the younger sister is now setting up a clothing company, so I can't guarantee that you won't be doing men's clothing and children's clothing in the future. At that time, maybe your family of three can advertise on TV directly, if that's the case, you have a running contract still, it will be troublesome."
Gu Shenliu pursed his lips. After working together for many years, Gao Jing usually didn't interfere in his decision, just because he trusts his partner enough. As it turned out, he did.
…
Knowing that Jiang Yu was going to set up a factory, Gu Shenliu did not object, but Bei Xiaoxiao said: "Industry misleads the country, real estate speculation rejuvenate the country!"
Jiang Yu just laughed when she heard it. At her level, buying a house means buying a house. The profit earned by buying an investment house was very meager for her. She would only buy because she wanted to buy it, not because of investment. It was not easy to sell a house, and time was very valuable to her. She couldn't afford any delay. Besides, Gu Shenliu recently spread out all his assets to her and showed her which properties belonged to him. Gu Shenliu had all kinds of real estate already. Varied mansions and villas had been bought. From this aspect, when there was no immediate need, she was more willing to use the money to do things with greater returns.

"In the long run, building a factory is the right decision, but it's not easy to do." Gu Shenliu picked up the phone and dialed Gu Linlu. "I'll help you ask eldest brother."
Gu Linlu heard about this, and immediately let them come.
Gu Shenliu took Jiang Yu directly to Gu Linlu’s company. There were several companies under Gu Linlu, and the biggest one was this one. In the center of the new district, an entire office building had been built, which was very stylish. Because he was a big taxpayer in this city, Gu Linlu also had a good relationship with the government. Celebrities like Gu Shenliu were easy to be slaughtered for doing anything, so it was normal to find Gu Linlu for help instead.
The secretary led them into the office, Gu Linlu poured a cup of tea for Jiang Yu, and smiled: "I asked for you just now. There is a factory in the new district that is being resold, it meets your requirements."
"Resale?" Jiang Yu hesitated. What she thought in her mind was to buy land and build a factory that followed her own requirements. But she also knew that in a place like Shencheng, where every inch of land was expensive, buying land and building new was not easy to implement.
"Yes. I suggest you buy a built factory directly, so you can directly put it into production when you get it. After all, policies often change. Before, a friend of mine bought land and built factory with government’s approval, later, when the government changed, they directly said that the documents for the plot of land were incomplete. In the end he needed to stop in vain because the government decided that the land can only be used as commercial residence. His land was bought at a low price 10 years ago and the price of the land was rising every day, but the above still purchased according to the price of buying ten years ago. Could he said anything? No. This is not something you can resolve."
Jiang Yu understood what Gu Linlu meant. He was saying that if she bought something ready-made and used it for a few years, the capital would definitely be recovered. Even if there was a policy change at that time, she would not lose money. The risk of building new was much greater. Maybe she hadn’t finished building yet but there would be a new plan for the area already.
"I want to take a look at the factory." After a pause, Jiang Yu smiled again: "Is there time, brother, to accompany us? Help us come up with an idea."
Gu Linlu smiled: "Of course!"