When the assistant told Jiang Shan that Jiang Yu was the designer for First Lady of the country, she thought the assistant was joking, and she was not the only one who thought so. She went to the Internet to check it herself and everyone was shocked. Who would have thought that a 21-year-old girl would actually have this ability? Moreover, Jiang Yu could actually keep this matter a secret until now, just working and living normally, as if being a designer for the First Lady of the country, it was not a very great thing!
Jiang Shan's forehead sweated slightly. Fortunately, she didn't look down on Jiang Yu and gave Jiang Yu some respect. Fortunately, she gave Jiang Yu a chance when nothing was announced yet! Such a big thing, a little girl was able to hold back like this! It seemed that the seniors in the circle should hold their breath.
Jiang Shan even had some understanding of why the First Lady of the country would use Jiang Yu as a designer. This little girl was indeed not an ordinary person. It's amazing to have such a mind at such a young age! When she learned that Jiang Yu had refused the request at the beginning, Jiang Shan even felt that she had hit the jackpot this time that she was able to finalize the interview with Jiang Yu in advance! Who would have thought that when she thought she had reached a dead end, there was a turning point, and this turning point was like winning a lottery! It could blow people away!
Therefore, as soon as Jiang Yu came, Jiang Shan greeted her, and when she saw Jiang Yu, she stepped forward with a smile: "President Jiang, you look prettier than you look in photos!"
Jiang Shan's words were true, although flattery sounded good, but such good words had to be mixed with truth to be more likely to attract goodwill.
Jiang Yu smiled and said calmly: "Editor Jiang, I have heard Durres talk about you a long time ago, but I didn't expect to have the chance to meet after so long."
Durres was a photographer with some weight in the circle, so it would be normal that he knew most magazines’ editors. The reason why Durres recommended Jiang Yu to <VQ> was just because it was more established there.
Jiang Shan smiled, "Ah, Old Du! I haven't seen him for a long time, the three of us should have a meal together another day."
"Okay, friends have to get together often."
The two laughed heartily. Today's photographer was also very famous in the circle. He had made many blockbusters. Considering that Jiang Yu was still young, this time he gave Jiang Yu a concept that was dominated by flowers.
There were several groups of looks. The first group was Jiang Yu with pink roses in her mouth, her hair tied up, looking directly at the camera, and her eyes were empty. Such an empty look made people feel like Jiang Yu was looking at the camera but also not looking at all. With her face, it gave people infinite space for reverie, which was exactly what the photographer wanted to achieve.
In the next look, Jiang Yu bared her back, only covered the front with a silk strap, and she sat in a pile of flower petals.
Today's looks were all the photographer's usual gorgeous style. Jiang Yu couldn't say she preferred or disliked this style. She preferred a more individual style. However, when the photographer let Jiang Yu check the result, only then did she realize that the photos were far better than what she had imagined. Although the theme was flowers, it was not sweet, but rather dark, with a strange sense of contradiction in it. It was both personal and sweet, making Jiang Yu stood like a poppy flower with poison in its mouth.
After the filming, Jiang Yu was then interviewed to talk about her business, her source of inspiration, how she was getting along with Gu Shenliu, and the experience before and after making clothes for the First Lady of the country.
Originally, only 2-page interview was targeted. However, after Jiang Shan saw the photos, she increased it to 4 pages abruptly. Of course, the cover had to be Jiang Yu as well!
Before leaving, Jiang Yu handed Jiang Shan an invitation letter: "Editor Jiang, my studio will open the day after tomorrow. If you are free, come to the show and give me some pointers!"
"Oh! You're polite. Everyone is a friend, I will definitely go to this show!" Jiang Shan laughed.
Jiang Yu nodded.
However, as soon as Jiang Yu left, Jiang Shan looked at the invitation letter in her hand and paused. From the invitation letter, it was already very high-end, with a black background and gold edges. The guest's name was pasted with gold foil. It was designed with more care than many famous brand invitations. It could be seen that Jiang Yu had spent a lot of money this time, but...
"Editor-in-chief, Jiang Yu's haute couture studio has an area of ​​2,000 square meters and the opening show has invited many celebrities, which is no smaller than the Paris Fashion Week. You said that such a studio would not be able to be opened in China, are you going?"
Jiang Shan shook her head, obviously not optimistic. 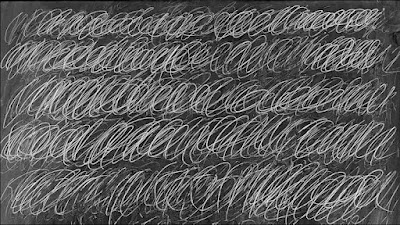 The next series was the abstract clothing made of tobacco cloth*. (TN: Tobacco cloth is a light, airy, loosely woven cotton fabric similar to gauze or cheesecloth. Historically, it was primarily used to cover tobacco plants to protect from insect or frost.)
This series made all the big names on the scene stare with bated breath and be amazed for a long time.