In fact, Elizabeth Arden was a brand that Jiang Yu liked very much, but it was very strange that this brand had always been a tepid brand in China. It was not as popular as a brand like Estee Lauder, and its acceptance was not particularly high, only some more loyal fans would use it. But what about the products? Although they were not famous, many items were still amazing. Jiang Yu decided to recommend it more in the future.
——I also use Arden’s green tea! Very moisturizing and absorbs well! I really like!
——I have used The Body Shop eye cream before working, as Jiang Yu said, it is suitable for young sisters.
——I just want to buy body lotion. Although it is not so dry in summer, my skin seems to be worse!
——The skin in summer is worse than in winter and it will not look good when exposed to the sun. Thank you for the recommendation, I will place an order!
——Arden’s body lotion comes in such a big bottle, it has been captured!
——Jiang Yu! I can't imagine that you are going to get married, I always feel that you are about the same age as me!
Jiang Yu hadn't been on Weibo for a long time. Now that she opened it, she found out that during this period of time, because of Gu Shenliu's marriage proposal, many fans of Gu Shenliu poured into her Weibo. In addition to her lawn mower fans and the help of the web drama broadcast, her followers had risen to 40 million!
Seeing this number, Jiang Yu didn't come back to her senses for a long time. 40 million? For a person who had been updating Weibo in a down-to-earth manner and had never bought zombie followers, this number was already against the sky. Much better than many first-line male and female stars!
What made people jealous was that Jiang Yu followers were very active. For example, the grass-planting Weibo and ordinary Weibo posted just now have more than 20,000 reposts in less than half an hour! This figure surprised even Jiang Yu herself!
Online fans had been guessing who the designer of the First Lady of the country was. At this time, there was a vague rumor that this dress was made by Jiang Yu! As soon as the news came out, it was ridiculed by all Weibo netizens.
"They're going too far! They say you don't have the ability to make clothes like this! They also said that you have a big face, put gold on your face, and said you are creating hype!" Bei Xiaoxiao was so angry that she almost dropped her phone!
Zhong Xiaoping nodded and said, "Yes! They all said that President Jiang always used every opportunity to hype! They also said that the president was so young, how could she possibly make such clothes!"
Jiang Yu had also read these comments. Perhaps it was because her journey was so smooth, many people said that the reason why she pulled the First Lady of the country to hype her was because the Haute Couture Studio was about to be established and she wanted to accumulate popularity.
Jiang Yu grinned, completely ignoring the malicious speculations of these people and instructing those in the know not to reveal this matter.
"Taro ball! Why don't you tell them? I'm suffocated to death! My God! My best best friend is the designer of the First Lady of the country! I feel really honored!"
Jiang Yu said with a smile: "Once it gets out, the reporters will definitely stop by every day. I don't want my life to be disturbed. Besides, it's not time to announce it!"
"When will it be time?"

Jiang Yu heard the words, and the smile gradually faded. In fact, this matter would be exposed sooner or later, but she didn't want to expose it too fast. The First Lady of the country might also announce the list of some design personnel because of the reporter's question. The reason why Jiang Yu was not exposed now was because she knows that the value and advertising benefits of this news were great! Once it was announced, it would be open to the whole world, and people all over the country would also know about it! At that time, even if she didn’t want to be exposed, there would be a bunch of news media looking for her!
As Gu Shenliu said, this matter would bring benefits to Jiang Yu in many ways, which she couldn't imagine now, but she knew that once the news of her being the First Lady’s designer was exposed, the benefits brought by it would be enough to save her company hundreds of millions of yuan in advertising costs!
But Jiang Yu’s current company didn’t need such explosive news just yet, so, when would they need it?
Jiang Yu's eyes fell on the calendar on her desk. Seeing the opening day of the haute couture studio being circled, she raised her lips and smiled. Of course, the most explosive news should be used in the most worthy places. And the reason why she didn't expose the news was another concern. If her scum family knew that she was the designer of the First Lady of the country, would they still spare her? They would definitely fly over to split her apart and swallow her until not even dregs were left!
Under such circumstances, Kafan's manager called. She said with a smile: "Jiang Yu, how are you doing recently?"
Jiang Yu only helped Kafan to do one event and Kafan's turnover that day exceeded 10 million. After that, Kafan's turnover rose again and again, 20 times more than of the same period last year! Such sales performance had directly increased the manager's monthly income by tens of thousands. How could she not greet Jiang Yu with a smile?
Not to mention that Jado's sales reached 200 million in just a few months! This kind of sales was really amazing, and it completely killed the first-line big names. Even if Jado established a Tmall, it did not reduce the sales in physical stores.
"Fine, how about you?" Jiang Yu was very polite.
"Thanks to you, I have a good life! I have to thank you, if you hadn't helped Jado on the platform, our Kafan could not have such a brilliant sales performance!" The manager laughed.
When Jiang Yu heard the words, she just smiled and said nothing. The manager knew her temper and said quickly: "That's right, I'm here this time to find you for our boss. She wants to meet you!"
"Your boss?"
Jiang Yu was puzzled for a moment, and suddenly smiled. To be honest, she had always been curious about Kafan's boss, and she really wanted to meet this legendary mysterious figure who rarely appeared but kept Kafan's turnover high. It was said that Kafan's boss’s performance had made many big names friendly to them.
"Yes, our boss is a few years older than you, but is also a young and promising person." The manager smiled and said, "Can I make an appointment for you to meet?"
Jiang Yu was surprised for a moment. Although she was considered young and promising, she was blessed with rebirth. She had no idea that Kafan's boss behind the scenes was also young.
Jiang Yu raised the corners of her lips and said, "Okay! Come and make an appointment!"

The manager made an appointment to meet in a quiet coffee shop. This coffee shop was not far from Jiang Yu's company, near Huajian Road. It took her10 minutes to walk there. When she arrived, she saw only one girl in a vintage long dress with oil prints sat by the window.
The long dress was really familiar. Jiang Yu designed it herself. It was a cooperation she negotiated with the British Museum. She bought the copyright of famous paintings such as Van Gogh’s Starry Night and used it to design clothes. She really liked this kind of oil painting. These oil paintings had a high sense of color and beautiful patterns, and were especially suitable for designing retro dresses and shirts. 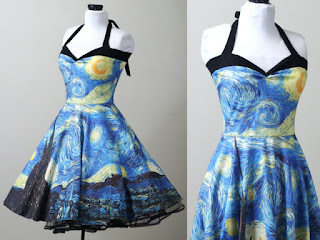 These clothes had always been well received. Of course, the copyright purchased with the money must be used thoroughly in order to make profit. Therefore, Jiang Yu had always had oil painting prints in her recent designs.
"Hi!"
The other party smiled and said, "Jiang Yu, my name is Jian Si, and I'm Kafan's boss."
Jian Si was a very beautiful girl. She was taller than Jiang Yu, very beautiful, and had a temperament. She was the kind that looked very good even without makeup. Jiang Yu was a makeup artist, so she saw that the Jian Si features was not suitable for makeup. Makeup would reduce the recognition of her facial features and made her look mediocre.
"Seeing is better than hearing a hundred times."
The two laughed together. Although they met for the first time, the two had indirect contact many times, and often asked Manager Kafan to pass messages and reports, so that the two were very familiar with each other.
Without Jian Si, Jiang Yu could not have so many brand-name bags and accessories for free, and <The Entertainment Circle of Chong Fei> could not have been made so well.
Without Jiang Yu, Kafan would not be able to have the scale it was today. Their turnover had doubled 20 times and the Jado brand alone had brought huge profits to Kafan, so that now Kafan had Big names like Chanel being pushed back. They even wanted to make Jado’s counter bigger.
After a few chats, the two talked about business and the future development of the company.
"Jiang Yu, I'll cut to the chase." Jian Si smiled, her smile was very vivid and made people feel good.
"You say."
Jian Si was silent for a moment and said, "That's right, I want to cooperate with you."
"Cooperation?" Jiang Yu's face remained unchanged. Her tone was calm: "Aren't we already cooperating all this time?"
"I'm not talking about Jado, nor is it about you representing our company. I'm talking about greater cooperation!"
"Huh?" Jiang Yu raised the corners of her lips, still smiling: "What kind of cooperation?"
Jian Si took out something and handed it to Jiang Yu.
Jiang Yu was stunned for a moment after reading it.