At 9 o'clock in the morning, Jiang Yu took care of all the things, instructed several responsible persons to handle the following things step by step, and left the company to go back to sleep.
It was not difficult for Taobao to promote all the work processes. As long as the baby was released in time, all departments would work step by step in the evening, and the delivery department would start after, so there would be no major problems.
"Xiaoping, I'll go back first. Call me directly if you have anything."
"Okay! President Jiang, go back and have a good rest, you must be exhausted during this time!" Zhong Xiaoping said and sent Jiang Yu out.
Just as Jiang Yu was about to leave, she saw Zheng Lan running out and shouted excitedly,
"President Jiang!"
Jiang Yu glanced at Zheng Lan and asked lazily, "Good news?
"I'm here to find you to announce the good news! This is the sales report!"
Jiang Yu didn't reach out to pick it up. She stayed up all night, so her mind was dizzy and her body was a little weak because of her irregular eating recently. She was too lazy to pick the report, so she just said, "Put it on my table and tell me after 200 million!"
"..." Zheng Lan was so angry that she cried! The boss is too much! ! Too much! ! ! Hiks!
...
Jiang Yu slept until the afternoon, and when she woke up, she realized that a bunch of WeChat messages had been sent, and her mailbox was full of emails. She clicked it open and checked the sales report one by one.
At this time, Zheng Lan's call came.
"President Jiang!" Zheng Lan's tone was very excited! "I'm here again! Didn't you just ask me to come to you on after we are over 200 million? I'm really happy, our Tmall sales have really surpassed 200 million!"
Jiang Yu was stunned for a moment. To be honest, she didn't even think that Tmall could achieve such performance.
Although last year's Double Eleven the Taobao store achieved sales of 80 million yuan, but the unit price of winter clothes was high, and if just by sell some casually, the numbers would still be very good. This was the same as Jado's first day of sales that reaxh over 100 million yuan.
In this promotion however, the unit price of JY summer clothes was low, and they were sold at a low price of more than 30% off. There was no regular-priced item, and the lowest was 20% off! Such a discount would undoubtedly lower the unit price of a customer. Unexpectedly, under such circumstances, JY's Tmall couls actually sell more than 200 million, and it was only 4 o'clock in the afternoon.
This kind of performance was enough to shock the peers.
"It's really over 200 million?" Jiang Yu didn't come back to her senses for a while.
"Yeah! It's really 200 million! In this big promotion, the new products on the shelves are very popular. Everyone says that our design is unique but fashionable! Well done, the concept of JY designer brand has been deeply rooted in the hearts of the people. Everyone seems to think that it is worthwhile to spend a few hundred dollars to buy JY's design, and..."

Zheng Lan said with a smile: "I found the reason why the sales were good this time. The photos taken by Mr. Gu contributed a lot! Because many fans came from Weibo and said that the photos taken by Gu Shenliu made them very eager to buy, and the background of Maldives is really beautiful. It is summer, and many people want to go out to play, seeing this picture, they naturally want to buy it and wear it out! And the old fans know that JY only has unlimited purchase policy once or twice a year, so they all took the opportunity to buy more! So, Our success is caused by many reasons! It is the result of everyone's joint efforts!"
Zheng Lan was about to finish what she wanted to say, and her analysis was eloquent, Jiang Yu said with a smile:
"Keep working hard! Tell everyone that I will give out red envelopes so they need to strive to do a good job in customer service and delivery! Be more meticulous!"
"Okay!" Zheng Lan hung up the phone with a smile.
...
At 12 o'clock that night, all departments were responsible for reporting their work sent their reports, and Jiang Yu opened it.
Tmall daily sales reached 250 million! Taobao store daily sales reached 120 million!
Looking at this number, Jiang Yu's heart couldn't calm down for a long time. She didn't have anyone to share with, and Gu Shenliu's phone couldn't get through, probably because he was still at work.
Jiang Yu didn't go back to Jinghu Garden, but went to Xiang Song Garden, took out the key, and entered Gu Shenliu's villa. She was in a great mood. After walking around the house, she had nothing to do, so she went to the terrace to look at the night sky against Gu Shenliu's telescope.
The night sky was full of stars. Although it was not as bright when seen with naked eye, but it could be seen more using the telescope. The lunar surface of the moon was full of craters, which reminded Jiang Yu of the famous speculation that aliens lived on the back of the moon.
Jiang Yu had always liked science fiction movies, and she had always been imagining what was in the universe. She even fantasized when she was a child, waz our earth an alien laboratory? Perhaps the vastness of the earth was just human's own illusion, and aliens might be observing humans with microscopes like bacteria at the moment.
However, these things were unsolvable.
Looking at the starry sky, Jiang Yu imagined the vastness of the universe, and suddenly felt her own insignificance. Humans were just an insignificant existence in the universe! Compares to the universe and time, her joys and sorrows were short-lived.
Thinking of this, Jiang Yu's mood became calmer. The total daily sales volume was 370 million. Even if it was discounted, the profit would still be at least 100 million. But such a figure was very small in front of the universe!
Jiang Yu touched Gu Shenliu's telescope and smiled meaningfully with her lips hooked. Since these were all small goals, let her set 1 billion sales as the big goal. With the three brands of Jado, Huajianji, and JY, the annual profit of the three brands should exceed 1 billion next year as her big goal! Let's work hard!
Jiang Yu took a photo and sent it over to Gu Shenliu.
Over there, just after Gu Shenliu came out of the shower, Jiang Yu's WeChat message was sent. He clicked it and saw that the picture was his telescope!
Gu Shenliu threw the towel away and replied, "Jiang Yu."
"Huh?"
"Look up."
Jiang Yu raised her head, put her hand on the telescope, and there was a message from Gu Shenliu's WeChat:
"I am also look at the night sky same as you."
Jiang Yu raised her head and looked at the sky. The sky was extraordinarily beautiful today.

At night, it was difficult to take a taxi here in Xiang Song Garden. After thinking about it, Jiang Yu slept directly in Gu Shenliu's villa.
In fact, although Jiang Yu liked the villa, she didn't like living in it in summer as much. First of all, there were many mosquitoes, which she couldn't bear. Second, the villa room was large and empty.
Jiang Yu often thought wildly, and was afraid. She always felt that the walls of the villa were too short, and it was easy for thieves to enter. There was even news a few days ago that the thieves saw the crystal lamps in the villa and broke in at night!
Jiang Yu took a bath, locked the door and lay on the bed. Because she was so tired, she soon fell asleep.
Between half-dreaming and half-awakening, Jiang Yu only felt that something sticky was licking her, making her face wet, and the moist touch moved down her neck until it came to her chest.
Jiang Yu whined and then twisted uncomfortably, only then did she feel that a man was pressing on her.
Jiang Yu was half asleep and half awake, only to feel her soul flying away, and said in surprise: "Who?"
The other party didn't stop, the tongue circled around her chest, gentle, careful, with obvious flattering. Jiang Yu was too familiar with this method. She had lived two lifetimes, but only had an intimate relationship with one man, she Immediately asked: "Gu Shenliu?"
Gu Shenliu snorted and said solemnly, "You don't even recognize your own man!" After speaking, he slapped Jiang Yu's ass.
Jiang Yu was stunned, "Why are you back? Aren't you promoting the movie?"
Gu Shenliu narrowed his eyes and said, "If you follow my Weibo, you'll know that I'm doing promotion in Shencheng today!"
"Huh?"
Someone who didn't pay attention to her husband was caught, Jiang Yu coughed, and said, "Don't care too much about such trivial details!"
Gu Shenliu has been busy outside recently. After so long, he only felt that he was thinking about Jiang Yu day and night, but judging from her reaction, she was heartless. She obviously felt the same with or without him. Thinking of this, Gu Shenliu went directly into her body and started his punishment.
"Gu Shenliu, you..." Jiang Yu gritted her teeth in discomfort. This man really wanted her life!
But after all, her body was familiar with him. At first, it was a little uncomfortable, but Jiang Yu accepted it quickly, and the thrill came suddenly, making her unable to prevent it and had no power to resist. 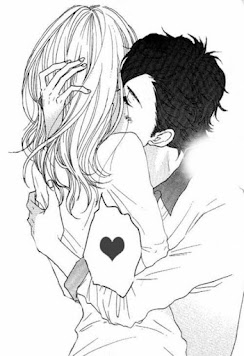