Jiang Yu repeatedly revised the design, scrutinized the details repeatedly, and tried to bring out the ingenuity in every detail of the clothes, even the existence of a button and a lot of embroidery embodied a very auspicious and beautiful meaning, expressing her blessings to the First Lady of the country.
In order to avoid unnecessary trouble, Jiang Yu did almost all of it by hand because of the fear of leaking the design out in advance, except for embroidery and tie-dyeing, which were handed over to the embroiderers of Jiang Wei's family and the tie-dye masters of the Yungui generation.
This month, Jiang Yu had hardly ever left the house, and she had almost forgotten to eat and sleep. It was often Gu Shenliu who brought the meal to her and only then that she remembered to eat.
A month later, Jiang Yu's batch of clothes was almost finished.
At this moment, Jiang Yu received news that the government of H country had put a lot of thought into receiving the First Lady of the country. Because the First Lady of the country was very popular, they did not dare to neglect and hoped to be perfect in all aspects. They were worried about which song to play at the state banquet, but they were more worried about the dress of the female president, because the First Lady of the country was very temperamental and had a strong aura, if the female president of country H was not well dressed, it was easy to look weak! Which country had no national self-esteem? Although this kind of thing was not a matter of hard work in the later stage, but it couldn’t be too bad, otherwise other country would look as beautiful as flowers, but their country would be as bad as a rotten melon, this was unreasonable!
Therefore, the government of country H asked the Chinese side weakly: "What kind of clothes should the First Lady of the country wear for her visit? What color? What style?"
When the Chinese side received such a question, they naturally came to ask Jiang Yu.
So Jiang Yu replied: "Ink embroidered skirt and thin short-sleeved jacket."
When the government of H country saw message, they immediately smiled meaningfully. The color was not bright! Ordinary skirts and coats should be the kind that were straight-forward! Even if the design was a little more beautiful, it would look dignified and generous at most. As long as their female president chose a dazzling coat, she would definitely be able to overwhelm the First Lady of China!
Soon, it was be time for the First Lady of the country to visit country H.
Jiang Yu paid attention to the news early in the morning. She marked all the clothes of the First Lady of the country and sent them to the entourage, and even noted the precautions for makeup. In order to match the clothes, she also designed a lot of silk scarves and accessories for the First Lady of the country. Dozens of high-heeled shoes also custom made by Pang Jichun in advance.

Not to say anything else, just the high-heeled shoes, Jiang Yu could guarantee that the First Lady of the country would wear them very comfortably.
…
That morning, the news announcement came out. Photos of the First Lady of the country’s visit to country H were released.
For a time, public opinion was in an uproar.
The First Lady of the country in the photo was wearing an ink skirt with a button design, a pair collars with embroidered edging, and a specially tailored beige short coat, which made her look simple and stylish as if she came out of a Chinese painting. She looked graceful, elegant, with a touch of tenderness, and her makeup was also very good! It gave people a very kind and warm-hearted feeling, as if it made people feel that this was not the First Lady of the country far away from themselves, but a kind aunt next door!
Such a shape instantly conquered the netizens of H country.
In the afternoon, the First Lady of the country changed her clothes and wore more casual clothes designed by Jiang Yu. This dress was a simple yellow long silk shirt, still with a simple Chinese neckline and wide sleeves. It was very delicately embroidered on light yellow material. The embroidery pattern was not unique, just ordinary peony embroidery. It was not large peony flowers, but small and delicate, with pink and white matching flower patterns to embellish the silk yellow skirt.
This skirt was designed according to the figure of the mother of the country. It was very slim. It combines the feminine and capable temperament of women.
The First Lady of the country went to a famous shopping mall in country H and bought some souvenirs, which was exposed on the H country website and immediately caused heated discussions.
Country H media reported: "The mother of my country went to a famous shopping mall in beautiful embroidered clothes. Her dress was very dazzling and amazing! The sales of the shopping malls she went to increased by 6 times that day! It is an amazing existence!"
——OMG! Chinese designers finally made their efforts? These two outfits are so pretty today! Strong aura! Our president is much weaker!
——What a nice view! As expected of the first lady!
——Have the temperament of an artist! This dress is so beautiful! I really want to buy silk clothing from China!
——I always thought that there were no fashion designers in China, but today it is totally different. If this designer were to design clothes, how could there be no decent modern dramas in China! How is it possible that the clothes in the TV series are so ugly?!
——Upstairs, in fact, the modeling strength of Chinese online dramas is already very strong. Recently, the most popular drama in China <The Entertainment Circle of Chong Fei> has exploded in our country, you will know it by watching it!
——The drama mentioned above has been recommended by many people recently. Is it really good?
——It’s beautiful! You must see it! It’s really fashionable! It is said that the stylist is the heroine, and she herself studied clothing design!
——Gentle, generous and elegant! Beautiful people and beautiful clothes!
——The clothes are really nice! Chinese designers are also very powerful!

The fact that the First Lady of the country was well received in country H immediately spread to local news media, and for a time, all the media reported the First Lady of the country's trip to country H.
At the same time, Chinese netizens were even hotter! This dress... was really beautiful! 666! It had the feeling of a little ink painting, but it also had the soft beauty of women, and more importantly, it looked like Chinese clothing at first glance! Wow! Who dared to say that there was no fashion in China, wasn't this a combination of traditional and modern clothes? This dress was beautiful! People could feel the aura of the First Lady of the country across the screen! Clothes lifted people and people also supported their clothes!
——So beautiful I cried! Woohoo! The First Lady of the country is so beautiful!
——How cruel! Fancy show of affection? The silk scarf of the First Lady and the tie of the President are the same color! Is this a couple outfit?
——The clothes of visiting country H are really beautiful! Licking the screen... I have decided not to worship stars from today, but to worship the First Lady of the country!
——Beautiful! Ahhh! What a talented designer!
——The designer is so talented! Should add chicken legs to the designer! It should be designed by a famous designer, right? Who on earth is it?
——Actually, I heard news that it might be made by Jiang Yu.
——Jiang Yu? Don't be funny upstairs, she is only suitable to make some Taobao clothes in her store! Do you think anyone can make clothes for the First Lady of the country? How funny! Do you think the entire universe is made by your Jiang Yu? Ha!
——Yes, Jiang Yu does not have this strength! Although the Taobao clothes she made were good, she couldn't make clothes for these occasions where the First Lady of the country went! After all, the little girl is still young!
@Anna: [These two clothes have a great sense of design. From building materials to fabrics to embroidery, they all have a strong Chinese style. At the same time, the style is simple and elegant, which reminds me of Chanel's suit jackets, but the upper body has its own unique elegance. This is true for the two clothes of the First Lady of the country! Therefore, it only made our eyes shine after changing this designer! I don’t know who this designer is? I really want invite her for an interview!]
——Anna is the editor-in-chief of <VQ>?
——The design that even Anna praised must be great!
——Yes, this time the clothes are really good! I especially like the embroidery part. I feel that wearing such clothes to go abroad has also done publicity for our country's embroidery!
Looking at the comments on the Internet, Jiang Yu did not feel overly happy, but seeing the First Lady of the country wearing her own clothes, beautifully appearing in the eyes of people all over the world, as a Chinese, she also felt honored. Seeing that this matter was settled and everyone's comments on the clothes were good, she just felt a lot more relaxed, and she could finally devote herself to the anniversary promotion and the establishment of the haute couture studio.
Because Jiang yu had been too busy recently, she had not planted grass for a long time. Many netizens said that the things she recommended were too expensive, and they wanted her to recommend some cheap eye creams and body lotions. However, to be honest, in the beauty and skin care industry, the quality of things was generally proportional to the price, and the more expensive things were, the less likely they were to go wrong.
But since everyone asked, Jiang Yu thought about the cost-effective things that she used in her previous life, and recommended: 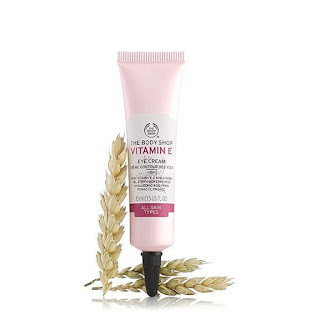 [Recently, many people have asked me to recommend cost-effective eye creams. After thinking about it, The Body Shop is a much recommended brand. Its Vitamin E eye cream is popular. It is highly moisturizing. It is suitable for students, but of course, when you get older, you might feel that this is not enough. It does not remove dark circles, does not remove edema, it is just a simple moisturizer! 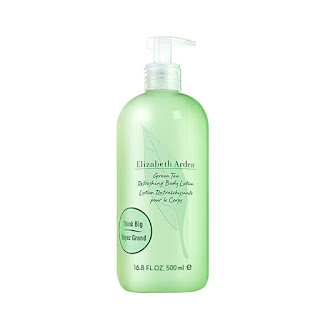 As for body lotion... I have used a lot of brands, and I recommend Elizabeth Arden's green tea body lotion to everyone. It comes in a big bottle, so it's very cost-effective. The green tea smells good and it's easy to apply, so it saves time and suitable for slackers! The body lotion also contains granular ingredients, which are easily absorbed after simple massage! It is especially moisturizing and not greasy!]