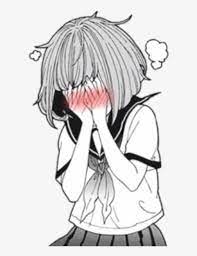 *****
"Huh?" Jiang Yu sat beside the bed suspiciously. She pulled the white shirt on her body and shrugged: "The shirt is wrinkled, I'll wash it for you later."
"No!" Gu Shenliu pulled Jiang Yu into his arms, resting his chin on her shoulder, his lips rubbing against her auricle, looking for her sensitive spot.
Jiang Yu shrank subconsciously when she felt this. Gu Shenliu chuckled lightly, his lips touched her auricle lightly, and his voice was smiling: "Is your man a decoration? Why do you need to do rough work such as laundry?"
"..." This man... was really good at flirting, and when he flirted, he got to the point.
Jiang Yu couldn't help laughing when she heard this. Her ears itched and her body trembled because of Gu Shenliu's teasing, but she was unwilling to be suppressed by him.
Gu Shenliu's eyes suddenly became dark and unclear. He pulled Jiang Yu to the bed and caged her next to him.
"Jiang Yu." Gu Shenliu's voice, which had always been emotionless, now became lustful.
"Huh?" Jiang Yu felt an unfamiliar emotional tide in her body.
"Are you ready?"
Jiang Yu couldn't help raising the corners of her lips. She had said earlier that she would not reject sex, plus she was already very old inside. It could even be said that she looked forward to the event. Also, she had been working hard in the circle and was used to seeing things like this in the entertainment circle and the modeling circle. Sometimes she even imagined herself indulging recklessly. However, her reasoning told her that she had to pay back when she came out and the result of reckless indulgence was not for everyone. Now that she met the person she liked and it was at the right time, why not? Was it difficult for a 35-year-old woman to choose a good day to burn incense and say goodbye to loneliness?
Thinking of this, Jiang Yu hooked her legs around Gu Shenliu's waist, stared at his dark eyes, and slightly raised her lips: "Then, Mr. Gu shouldn't disappoint me. I hope this intimate experience can inspire my design."
Jiang Yu looked so serious that Gu Shenliu's eyes were stained with a smile. He reached out to unbutton her shirt and said, "Mrs. Gu, I will definitely live up to your trust!"

The two laughed.
At the end, Gu Shenliu couldn't wait to tear off Jiang Yu's shirt and rudely pulled off her underwear. When her beauty was shown in front of him, Gu Shenliu's breathing became heavier and his eyes narrowed slightly.
"Mr. Gu is satisfied?"
"I can't be more satisfied!" After Gu Shenliu finished speaking, his lips caressed Jiang Yu's body, intending to give her the best feeling of the night.
Jiang Yu closed her eyes, handed herself over to Gu Shenliu, and let him explore in her body. Her senses became sharper and she could also guess in her mind which private part of her his next kiss would fall.
Jiang Yu felt the warm breath from Gu Shenliu's tongue until she felt his lips move down. And then she couldn't bear it and couldn't stop from getting nervous.
Sensing Jiang Yu's tenseness, Gu Shenliu said in a low voice, "Give yourself to me."
Jiang Yu felt joy, all the feelings Gu Shenliu brought to her were good. She could feel that sometimes he was not very skilled, but she liked it even if it was clumsy. She felt that he brought her a different kind of orgasm. The feeling that felt as if her body was pushed to the beach by the waves and then returned with the waves. As if she was in the middle of the sea, lonely and helpless, but want to hold tightly.
Sex was actually such a wonderful thing. There was nothing to be ashamed of, Jiang Yu just loves it!
"Gu Shenliu."
"Huh?"
"I want you!" Jiang Yu said bluntly.
Gu Shenliu liked blunt Jiang Yu like this, he raised the corners of his lips, looked at her and said, "Come here!" He brought something to protect from the side and said, "I'm afraid you will get hurt."
"Why do you have such a thing at home?" Jiang Yu asked casually.
"What do you think?" Gu Shenliu opened the box and said, "From the first day you entered my house, you should have known that I've been waiting for this day for a long time."
Well, since the two of them couldn't wait, then bring it on!
Jiang Yu waited calmly and immediately felt a cold touch. Gu Shenliu took good care of her, fearing that she would get hurt, he was careful not to move. But in the end, the two finally became one.
Because the prelude was well done, Jiang Yu didn't feel much pain, but when Gu Shenliu entered her body, she felt swollen. But she also only thought about it afterwards that Gu Shenliu seemed to be um... a bit fast?

For the first time, Jiang Yu didn't enjoy much pleasure like the novel said. In fact, she didn't feel very much, she only felt sore and swollen, but it wasn't particularly bad.
Gu Shenliu was sweating all over . , he lied on top of Jiang Yu and said, "Let's go take a bath."
Gu Shenliu put water in the bathtub and ten minutes later he picked up the naked Jiang Yu and went directly to the bathroom. He put her in In the water, hold her hips with his hands to keep her close to him.
Looking at Jiang Yu's curvy body, Gu Shenliu's breathing suddenly became rapid.
Jiang Yu was surprised to find that a certain part that had just died, raised its head again. So vigorous!
Gu Shenliu was already familiar with the way this time. He directly separated Jiang Yu's slender and snow-white thighs, and took advantage of the moisture from the water to enter directly.
This time, it was the water that made Jiang Yu relax. She felt some happiness and she even couldn't help biting. She pursed her lips and let out a moan.
"Don't be afraid, just shout if you want." Gu Shenliu said in a low voice, and then changed his posture so that the two bodies fit tightly. He held Jiang Yu and finished in the water.
This time, Jiang Yu begged for mercy several times, only to feel that she couldn't bear the stimulation at all, but Gu Shenliu seemed to be deliberately torturing her, and he seemed happy to see her uncomfortable.
Gu Shenliu asked for it for a long time, and in the end, Jiang Yu was so tired that she simply surrendered. She lied in the bathtub and simply let Gu Shenliu go. She closed her eyes and rested for a while.
When Gu Shenliu finally released her, Jiang Yu felt her body tremble, and then, a numb feeling spread throughout her body.
"Jiang Yu." When she was about to fall asleep, Jiang Yu heard Gu Shenliu speak.
"Huh?"
Gu Shenliu raised the corners of his lips and bit her earlobe:
"You know, for the first time, us men can't control themselves, so, forget the first time just now. This is my true level."
Jiang Yu smirked when she heard this and said, "Don't worry, Mr. Gu, I never think that you are a quick shooter."
"..."
Gu Shenliu laughed, and finally helped Jiang Yu take a bath, wiped her clean, and carried her to the bed.
During the whole process, Jiang Yu was like a sloth, not moving. She only squinted comfortably, enjoying Gu Shenliu's service.