Jiang Yu showed a saint like smile. She squinted and glanced at Che Cheng, and then said: "Mr. Che, this 1.4 million Maserati is still a low-end Maserati. I think the GC and GT are better. Also, the price of two to three million is not expensive. Since Mr. Che wants to change the car, why not consider these two?"
Jiang Yu's eyes were innocent, as if she was making the most sincere advice. When Che Cheng heard the words, his expression was startled, and then he showed embarrassment. He smiled dryly and said: "Miss Jiang, the color of GC and GT is too dark, more suitable for men to drive but not suitable for a little girl like you. I think these two white ones are good and they are also good for driving!"
"Oh, this one million thing?" Jiang Yu laughed: "How can this be worthy of Mr. Che's level? This car does not match your identity!"
Hearing what Jiang Yu said, Che Cheng only felt that his mouth was very dry, especially when the sales lady was staring at him, waiting for him to make a decision. Che Cheng only felt that his temples were throbbing, and his face was hot like it was just being slapped. GC and GT? Jiang Yu think he doesn't want it? The price of nearly three million on the road is of course beautiful, but... he can't afford it at all!
Although Che family had some money, Che Cheng was still a student. It was impossible for the family to give him millions of pocket money. The reason why he thought of buying a car for Jiang Yu was because it was his routine to flirt with girls. He also once gave his house to be used his girlfriend and his girlfriend was so moved that she offered everything. Later, the girlfriend did everything possible to ask him to transfer the house, but did she think he was stupid? Of course he did not agree. In the end, the two broke up, the house was taken back by him and he also got the benefit of sleeping with this girlfriend for quite some time.
From then on, Che Cheng knew how to make a woman surrender themselves to him, and the things didn't necessarily have to be given to the woman in order to catch her. For example, now, he hinted that he would give the car to Jiang Yu, but in fact the card would still be in his own name. In this way, he not only caught Jiang Yu, but also kept the car.
But now Jiang Yu asked to buy the more expensive car? Naturally, Che Cheng didn't have so much money. He smiled slightly and said with a dry smile: "Jiang Yu, actually this car is not broken, I just bought it to drive casually because there are many cars in my family. People like us don't want to drive old cars, so when we are bored, we can completely change it…" He indicated that if Jiang Yu didn’t like this car, he would buy her a new one another day. In the past, Che Cheng used this trick to chase a girl and the girl went home with him that night.
Unexpectedly, Jiang Yu squinted and walked away in front of a few cars and immediately said to the car sales lady: "Hello, can I buy a car without a driver's license?"
"You can, but you can't bring it back on the road yourself." The sales lady smiled slightly.

Zhong Xiaoping watched nervously from the side. The boy surnamed Che wanted to take advantage of President Jiang at first sight, but would President Jiang really be caught by him?
Thinking of this, Zhong Xiaoping's eyes kept following Jiang Yu.
Jiang Yu didn't speak, her eyes kept going on the white car. When Che Cheng saw it, he thought it was done, and he quickly said to the car sales lady: "Come on, bring me the white one!"
"Okay." The sales lady's eyes narrowed into rice noodles. "Mr. Che, do you want credit or full payment?"
Che Cheng coughed and said again: "Of course credit! Who doesn't use credit to buy car these days? The interest rate is not high."
"Yes! Credit interest is very cheap!" The sales lady smiled. This auto dealership was a famous car shop. All name brand cars were in stock, especially Maserati. It was rare for a dealer to have several cars in stock for famous brand as it would cost 10 to 20 million yuan for these cars alone and it was still not certain if they could be sold or not. It seemed that the owner of this store also had deep pockets.
Che Cheng signed the contract and looked at Jiang Yu, thinking he was very charming: "I bought this car for my girlfriend. Jiang Yu, if you like it, just take it for a drive."
Hearing this, Jiang Yu sneered in her heart. Maybe if materialistic girls heard Che Cheng's words, they would be moved to tears, but she wouldn’t. Her previous life experience made her see Che Cheng's idea. He played the abacus very well, offering to buy a car for his girlfriend but he still wrote his name on it. His face was really big. Also, wanting to sleep with her just with a car? Do men all think women are so easy to deceive these days?
Jiang Yu didn't say anything and came directly to the GT series. She pointed to the car and asked: "How much is this car?"
"Each type is different." The sales lady was concise and did not intend to continue the conversation at all. Now that one had been sold, she was satisfied enough. From what she heard from the conversation just now, the man most likely could afford to buy another one. This was a luxury car, not ordinary suburban that cost only hundreds of thousands. Also, she knew the young girl wouldn’t be able to afford it herself. Thinking of this, the sales lady had a faint smile on her lips, but she had no intention to explain.
After that, the sales lady who sold the car to Che Cheng turned around and left.
Jiang Yu frowned, watching her go away. A young sales lady next to her noticed her dissatisfaction and immediately came over with a smile: "Hello Miss, what do you want to know?"

Jiang Yu hooked the corner of her mouth, "How much does this car cost with a medium configuration?"
"Standard version, about 2 million!" To be honest, the sales lady didn't expect Jiang Yu to really buy it. After all, the price of this kind of car was not cheap, so it would already be good to be able to sell one a day. Most of the purchases were from local rich people that they already familiar with. New customer like Jiang Yu was completely rare, and it also didn’t look like the group could afford this car.
Jiang Yu asked again, "Is there any stock in white?"
"We have stock for this model in white." After speaking, the sales lady also started the car and let Jiang Yu listen, "You can hear that the sound of this engine is different, it was created by many professional designers..."
"No need to explain, I actually don't understand cars." Jiang Yu said bluntly.
The sales lady smiled, but it was rare to have a direct customer like Jiang Yu. "It's okay, you can listen to it even if you don't buy it."
"No!" Jiang Yu refused directly and frowned again: "If we buy it, can we take it away directly?"
"If payment made in full, yes."
"What if I can't drive?"
"We can help you drive it back." The sales lady said casually, but she felt ridiculous after saying that. The girl couldn’t afford the car and she didn't know how to drive. But asking so comprehensively made it seemed like she was really buying it.
"Oh." Jiang Yu asked again: "If the car is registered in a company's name, will it be tax deductible for the company?"
"Yes, but the procedures are a little more troublesome."
"I see."
At this time, Che Cheng and Fang Huai came over. Seeing Jiang Yu still chatting with the sales lady, Che Cheng hurriedly said, "Let's go! We will only be able to pick up the car in a few days. I'll take you back first!"
Unexpectedly, Jiang Yu did not move. She stretched out her hand, pointed lazily at the Maserati GT Series, and said casually to the sales lady: "I will buy this car, where can I pay now?" 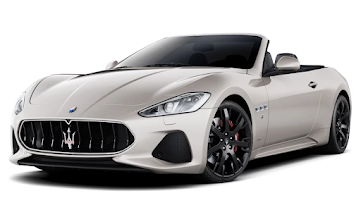 "…"
Everyone looked at Jiang Yu with shocked eyes. Fang Huai pulled her and persuaded: "Jiang Yu, this is a lot of money!"
"It's alright, it's only two million." After speaking, Jiang Yu's expression remained unchanged as if she was paying for a piece of cloth. She took out her card and handed it to the sales lady.
The sales lady was stunned for a long time before she took the card and asked weakly, "Miss, how much will you pay?"
"As much as needed to bring the car home now!"
"..."
Because it was in stock, if the full amount was paid, the car could be driven away at any time. So, under the shocked eyes of everyone, Jiang Yu came to the car with a dull expression, glanced at the group, and asked, "Who can drive the car?"
Fang Huai raised his hand weakly.
"Ok then Fang Huai, please send us back."
"Okay!" Fang Huai said hurriedly. Under the attentive teaching of the sales lady, he finally understood how to drive a Maserati.
Before Jiang Yu got into the car, she turned around and smiled at Che Cheng: "Mr. Che, although most of the time I like to quietly watch other people perform hard, I hope you know that people like us have precious time and generally don't like to waste it on irrelevant things. I don't know what's wrong, do men thing by buying a million-dollar car they can get women? Where do you think they get this confidence? To be honest, this kind of man is too low. Normally I don't want to pay attention to this, but I really can't stand people who despise women. They want to engage with women but don't want to spend money, but there is no such free lunch in the world, don't you think?"
Jiang Yu was still laughing. Seeing Che Cheng's face turned dark, she got in the car. But it seemed that she suddenly remembered, she smiled and said: "By the way Mr. Che, when you make money yourself, you will know that every penny is hard-earned. For business people like us, two or three million is not a huge number, so it is not necessary to rely on men to buy a car!"