Su Ye's dress was a halterneck and sleeveless style. From the front, this dress only reached the bottom of the legs. Although this style looked very sexy, as a Latin dance clothes, this was quite basic.
But the highlight of this dress was that was red, a very high-grade red. This red color complements Su Ye's fair and delicate skin, not to mention the crystals on the waist!
Yes, crystals! Not sure how the designer did it, but every time Su Ye turned around and twisted her waist, the crystals would swing back and forth. Which was even more amazing, the sparkling light projected on the crystals matched the clothes. This kind of visual effect makes everyone had an illusion that Su Ye, who was originally a little quiet, was very energetic when dancing Latin dance. Her movements were just right, as if she was a real professional dancer.
Not to mention that the tailoring of the dress was very good, the dress wrapped around Su Ye perfectly, there was not even an inch of excess, which made Su Ye looked like she had a big chest, a slender waist, and a full butt... It's extremely sexy! This figure alone was enough for everyone to watch ten thousand times!
The audience was fascinated. At this time, every movement of Su Ye looked so beautiful that it could be drawn into a painting. The flaming red girl suddenly became the queen of Latin dance, she was full of explosive power, sexy and charming, she made people unable to extricate themselves.
This look was so beautiful... They should really add a drumstick to the stylist.
Su Ye dances well! Everyone thought so.
However, because this dress was made by Jiang Yu, although she was amazed when she saw Su Ye wearing it, she no longer only stared at the clothes like other audience members. She saw the dance very intuitively and found that there were a lot of problems in dancing. Perhaps because of Su Ye's trauma on her injury, she obviously took care of her body more when she danced, so she couldn't let go in some of the challenging movements. However, the Latin dance clothes Jiang Yu designed covered this shortcoming very well. It made Su Ye looked much unrestrained with the enthusiasm that a Latin dance should have, and she looked really beautiful, so no one paid close attention to the movements.
At the end of the song, Su Ye fell into the arms of her male dance partner. 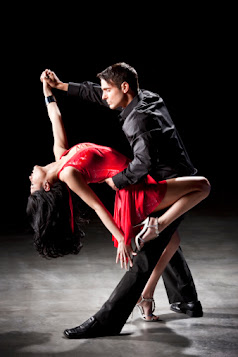 At this time, everyone noticed Su Ye's shoes. The pair of silver dancing shoes was not conspicuous at first glance, but upon closer inspection, they felt different.
The audience burst into warm applause, and Su Ye covered her mouth in disbelief.
Afterwards, Jiang Yu didn't watch the show again. She smiled and turned to leave as soon as she saw that her friend was able to complete the performance satisfactorily.
...
One month after the recording was over, < Dancing Stars > was broadcast.
Su Ye posted a Weibo:
[Thank you good girlfriend @Stylist Jiang Yu for designing the dress and shoes for me. With my girlfriend's love for me, I stepped onto the stage of < Dancing Stars >! I hope everyone will check the broadcast tonight. Shencheng Satellite TV, dont forget to watch it on time.]
Seeing this, Jiang Yu reposted: [My Little Ye Ye participated in a dance variety show for the first time, I hope everyone can support it!]
——Support! Everyone knows you two are the best!
——Has Su Ye participated in < Dancing Stars >? I will be waiting! I have never seen Su Ye dance.
——It seems that it has started. Everyone should go to watch it on TV and contribute some viewership to Su Ye!
——I'll go as well!
Zhong Xiaoping was a fan of Jiang Yu. She has been following Jiang Yu since she started Weibo. She saw with her own eyes that the little girl who was not outstanding at first became a legendary Internet celebrity step by step.
Zhong Xiaoping was happy for Jiang Yu from the bottom of her heart, there was even a sense of pride that she was following the success journey since the beginning. On this day, fans of Jiang Yu went to see < Dancing Stars > in order to support Jiang Yu and to see what the dress she designed for Su Ye looked like.
Zhong Xiaoping turned on the TV to watch the show. Su Ye was the first to appear. When Zhong Xiaoping watched Su Ye take the camera team to a factory building on Huajian Road, Zhong Xiaoping was stunned. Was this Jiang Yu's new company? The factory looked very big. Jiang Yu was only operating a Taobao store, how could such a large factory be needed?

Zhong Xiaoping was stunned for a moment, but then Jiang Yu's appearance confirmed her guess. When Jiang Yu with no makeup appeared on the screen, her roommate Qiao Qiao came over and said in surprise, "Who is this? She is so beautiful even with no makeup? I feel she is even prettier than Su Ye!"
"Of course!" Zhong Xiaoping proudly said: "This is my idol Jiang Yu!"
"Jiang Yu? The name is weird, what does she do?"
"She is an internet celebrity." Zhong Xiaoping said.
"Internet celebrity? Tsk..." Qiao Qiao said disdainfully: "Xiaoping, what are you doing? You actually worship an Internet celebrity? Many of these Internet celebrities are not good things!"
Zhong Xiaoping heard the words and said angrily: "Qiao Qiao, Jiang Ya is not what you said, you don't know her!"
At this time, the camera gave a close-up of Jiang Yu's company, Qiao Qiao and Zhong Xiaoping both looked at the tyrant like decoration at the same time.
"It's amazing! There's even a pet room? You can climb rocks and play basketball? Why am I not so lucky to get into such a company?" Qiao Qiao exclaimed.
"Of course! I said earlier that Jiang Yu is not an ordinary Internet celebrity!"
At this moment, the camera gave a close-up of the brand-name wall. This time, Zhong Xiaoping and Qiao Qiao looked at each other and were speechless.
"Really? Are these all genuine bags? Jiang Yu actually spent millions to decorate a wall in order to provide a good environment for the employees?"
Jiang Yu's company had a very stylish decoration. She was still so young, but she had already achieved such achievements. The girl was not only beautiful but also very talented.
"Xiaoping, what exactly does this Jiang Yu do? Where did she get so much money? Give me some info!" Qiao Qiao exclaimed.
"Okay, then let me tell you, Jiang Yu is a student of Fashion Department in Shenda University, and she is Gu Shenliu's junior sister. She is very talented, she founded her own brand... Her acne-removing brand claims to have zero negative reviews... She also invented Su Ye makeup and out of bath makeup!" Speaking of Jiang Yu's achievement, Zhong Xiaoping was very familiar with it.

"Oh my God, what a goddess! She is around the same age as us but already so powerful?" Qiao Qiao said.
When Su Ye on TV appeared in the latin dress, both Qiao Qiao and Zhong Xiaoping were attracted to her. That Su Ye was different from usual. She was so energetic and seemed to be able to set everyone on fire, especially with the swinging crystals on the dress
"D*mn it! I seem to be attracted by Jiang Yu! Such a talented girl!" said Qiao Qiao, who was originally disdainful.
"Jiang Yu is really good!" Zhong Xiaoping's eyes were a little wet, she was really happy for Jiang Yu and she also saw hope from. If Jiang Yu couls change from an ordinary person to a trendy legend, then would there still be any reason for her not to try as well? Maybe if she worked harder, she could realize the dream of becoming a fashion designer that she had since she was a child.
Thinking of this, Zhong Xiaoping carefully took out her own clothing design. She had been drawing since elementary school and she had taught herself to draw clothing design sketch step by step. Although she had not studied professionally and systematically, she had been drawing all these years and often looked at drawings of well-known designers on foreign social media. Although she knew that she was still far worse than Jiang Yu, but she hoped from the bottom of her heart that she would also have an opportunity to give Jiang Yu her design drawings and let Jiang Yu tell her directly whether she was suitable to be a fashion designer or not!