Liu Weiwei wanted to set up a chef school, but this idea couldn’t be realized in just a day or two. She was used to be at the base for a long time and was embarrassed to abduct the soldiers away from their formal active duty, so she didn’t recruit more apprentices at the base. And for An Hao and Zhen Nuli, she met them by fate. She had not accepted any more apprentices in recent years.
For many large-scale events, Liu Weiwei relied on cooking robots to support her. But whether it was her own personal tasting experience or due to the research of Li Sanpang and other experts, she had come to the conclusion that the cooking robot could cook, but the result was not as good as the spiritual catalytic effect of food cooked by human chefs. In short, human chefs cooked meals that were warmer than robot’s.
According to statistics from the Scientific Research Bureau, Liu Weiwei’s cooking has a positive impact on the spiritual power of most people, but cooking of the robots had no effect at all. Most of the restaurant dishes on the market had also been found to have certain mental fluctuations effect in humans, but they were very weak and extremely unstable.
There was actually nothing special about Liu Weiwei’s cooking, but if she had to say that every recipe that came from the system had been mastered almost to perfection. Her proficiency in the system training room had been brushed to 100% after long-term practice.
Therefore, Liu Weiwei initially suspected that in addition to the factors of human chefs, the mental influence from the food could be caused first by the systematic recipe and second, it was catalyzed by the chef's own proficiency.
Unfortunately, Liu Weiwei’s number of apprentices was not large enough and their proficiency in dishes was not as good as hers. Basically, due to lack of scientific data, it was impossible to determine whether her guess was correct or not.
However, as soon as Liu Weiwei saw Director Xue eating claypot rice happily, she suddenly felt that she could give it a try. If they could set up a kitchen school like New Oriental where they could bring out a group of students and then let the first group of students bring the second group of students. With this, in less than ten years, her recipes could be fully promoted and the number of chefs would greatly increase.
The most important aspect to achieve the goal of getting every Interstellar people to taste real food was to create a large batch of elite chefs.
Liu Weiwei glanced at the robot and looked at Director Xue firmly. "School cafeterias need chefs, not only universities, but also middle schools and elementary schools... Even outside of schools, there are many companies and public institutions. These employees also need lunch. If the prices were as cheap as here, everyone would want to eat in the cafeteria." She took an oversized cut of cake, pulled Director Xue directly into it, and shoved it into his mouth.
When Director Xue left, he walked by leaning against the wall... If it could really be done, training a group of chefs and spread the cafeteria availability to primary schools, kindergartens, and to the office building of government bureaus, then even if Director Xue was just thinking about it, the picture was already too beautiful. He forgot how he answered Liu Weiwei, he only knew that he agreed incoherently.
…
After Director Xue left, within a week, various academies and universities promoted the cafeteria at a terrifying speed. Schools without formal cafeteria building had even created open-air cafeterias, cafeterias in greenhouses... There were all kinds of strange things. Basically, all school forums were in full swing.

[I want to tell everyone, my Ming University also has a cafeteria!]
[Where are the junior sisters of Comprehensive University? Come back soon, we also have a cafeteria now.]
[Muscular guys from the military academy, listen up, let go of the girls from the music academy!]
[Sisters, the men from Guangzhi University are calling you to go home for dinner!]
Posts that weep blood and tear came out one after another. The most rebellious students even cried when posting and became a big idiot. The torment of the past few months, the pain of watching others eat while drinking nutrient solutions; watching others take in the school little sisters, the wounds from lying in a daze in the dormitory, all healed!
Recalling the past made them all shed manly tears of excitement. When they finally got back the little junior sisters and both entered the cafeteria where they got their wish, they almost called the cafeteria robot Dad!
"Woooooo, this scallion oil chicken is so delicious and it looks exactly like the post~ I'm so touched. Today I finally tasted the legendary fragrant smell, woohoo…" 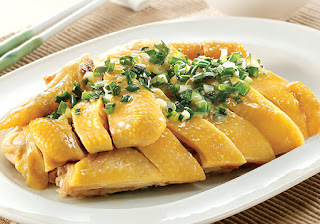 "Is this the aromatic herbb? Wow, I wrote more than 300 complaint posts and I finally got it... I want to cry!" 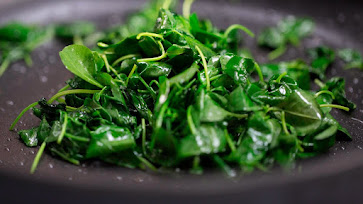 "This cold tofu looks just like the picture, no no it looks better than the picture! I can't bear to eat it, oh, I want to remember today's historic moment!" 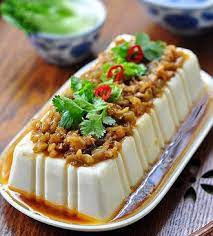 In the cafeterias of various schools, there were such ghosts and wolves cries. These crying posts were even forwarded to the Education Bureau.
——Director Xue, I'll let your dog head go this time!
——Yes, well done, next time you come to school, please eat a beef brisket pot~
——Okay, Xiao Xue, let's be a good person in the future!
——Have you received the 3D pennant that I sent you? @Director Xue.
——You are welcome to visit our school's cafeteria. I think it's much more beautiful than the one in the military academy~ The robot is also cute, wearing a pink apron~
——I love you, Old Xue!
Director Xue's scalp was numb. He couldn't hold back in the middle of the night and he also burst into tears. Look, these children knew how to appreciate him, really a good bunch with a conscience. They even wanted to invite him to dinner. As for the dog's head or something, he filtered it out automatically. Now his eyes were full of harmony filters. Every post he saw was beautiful.
Of course, Director Xue's work was not over yet. He personally found someone to help Liu Weiwei set up a cooking school throughout the whole cafeteria establishment process. The site selection of the school, the teaching staff, and even the enrollment, he helped her come up with all ideas.
Originally, Director Xue wanted to calculate how much funding was left at the Education Bureau in the past two years, but the big local tyrant Saibandes stepped forward and directly donated 100 million yuan.
Saibandes also asked Liu Weiwei happily, asking for a school manager position of the cooking school. He also strongly requested to be the school's food testing teacher.
Everything went according to plan. The students were in high spirits, their happiness index was rising steadily, and even their parents were all smiles. They were just as happy as if they also had eaten delicious food.
However, some people were embarrassed. Sang Long from the Chef Association simply doubts life. "So many cafeterias being opened and it’s all robot cooking? She's crazy! Is the Education Bureau is crazy too?! They have money to buy seasonings!?" He also wanted to wait and see the two tragic bankruptcy ending. In the end, with financial deficit, the Education Bureau would be blamed and its officials would be forced to resign from top to bottom.
Soon after, the Chef Association was invited to drink tea again. This time, it was directly from the Ministry of Commerce. But it wasn't the minister or the deputy minister who came forward. It was just a guy who was a secretary in the office.

"Here is the latest seasoning market price, you can take a look."
Sang Long almost bit his tongue off, "!!!" Since the president fell ill three months ago, he had not got better yet.
During this time, Sang Long had been presiding over the association. He originally thought that he could persevere, but now he felt that he had to go to the hospital and be a ward friend of the association president as well.
"President Sang, this company, in cooperation with the Military Research Bureau, has launched a new recipe for seasonings, which has greatly reduced the expensive cost in the past." The secretary of the Ministry of Commerce was also very particular, "We decided to promote this kind of model enterprise immediately, so mass production and promotion would be conducted as soon as possible.”
Sang Long stared, "Impossible! There must be something wrong with its formula!" Condiments had always been monopolized by the association, so he knew the real cost very well. However, how could he not know what the Ministry of Commerce means? Forcing him to lower the price? Others had no recipe at all and no technology to produce.
As a result, Sang Long quickly discovered that the other party looked at him like a fool.
"President Sang, you're forgiven if you don't believe in new technology, so come and see it with your own eyes."
In Sang Long's unbelievable gaze, he watched the robot walk in with his own eyes, holding an unknown and unfamiliar package. Salt, sugar, vinegar, soy sauce... all with unfamiliar trademarks. What's even more ridiculous was that the robot cooked in front of him and completed a mapo tofu that even ordinary chefs could not cook perfectly.
Sang Long only ate half a piece of tofu and his chopsticks fell off.
"President Sang, doesn't it taste good? The cost of this kind of tofu dish is less than twenty credits. Even if labor and store rent are included, this large plate will cost at most fifty." The Ministry of Commerce secretary smiled and soon announced a crueler fact. "We will broadcast this good news on the Interstellar Alliance news channel tonight. With this, I believe that restaurants on all planets will soon drop their prices, right?"
It's not a question, it's obviously an affirmation. What Sang Long eats was not tofu, but a threat. If the condiments were cheap and the ingredients were cheap, could they still try to sell dishes at high prices? Even a robot could cook an authentic mapo tofu. Would human chefs be eligible to increase the price?
Impossible!
Sang Long wanted to vomit blood but he couldn't. The aftertaste of Mapo tofu in his mouth was both spicy and fragrant, the tofu was crisp and tender, and the meat was elastic... drool! "Secretary Huang, we have been cooperating with the Ministry of Commerce all this time, the taxes we paid..."
"President Sang, you need to keep pace with times, it is different now."
The Ministry of Commerce would not take this big pit of price difference in the risk of being hammered to death by the masses. What prior cooperation between the two parties, what prior knowledge, those things were completely non-existent.
…
Sang Long walked out of the Ministry of Commerce with his legs soft like noodles. He didn't know whether he was shocked by the mapo tofu made by the robot, or by the indifferent faces of the officials.
Reducing price was non-negotiable!