Many years later, Saibandes left a sentence in his family's major documentary.
Nothing can bring down a man as long as he has beer and delicious meat. Keep moving forward, do not be afraid of difficulties, nothing can be broken.
This sentence later became a famous saying of Aldwych family, passed down from generation to generation. However, while Saibandes was still alive, he was ridiculed a lot. In particular, he was always mocked mercilessly by his assistant. For example, he wanted to acquire a newly developed planet that claimed to be one of the most beautiful planets in the universe. Looking across the distant Milky Way, it looked like a flawless, priceless sapphire without any impurities.
"Dear Anna, help me place an order. I want to sign this planet." The corner of Saibandes’ mouth raised, "In the great family collection, there will always be a lack of a splendid noble gem."
"Okay, sir."
The planet had no name yet. It was auctioned publicly on the Interstellar Bureau website with a reserve price of 3 billion credits. After all, it's beautiful and wide enough to turn it into a private holiday place.
That's what Saibandes thought. To make money, of course, was to spend it. With a planet worth 3 billion, he could raise horses, watch stars, taste wine, and even soak in hot springs if developed properly. When he drank the noble champagne and watched the planet’s bidding price rush up to 3.5 billion, he found his little assistant walking slowly in front of him with a plate.
The corners of Saibandes’ mouth twitched, revealing a charming and handsome smile, "Little Anna, you still know me best. At this most tense, no, most glorious moment, of course we need some food."
Anna, who was wearing a neat suit and stepped on high heels, said, "That's right."
The final price was successfully set at 4.5 billion.
Saibandes smiled smugly, "My top value is six billion. Anna, your wisdom is equal to your beauty. This planet will be named Minerva, the ancient Roman goddess of wisdom."
Anna opened a bottle of limited edition Stout for Saibandes and pushed the medium-rare steak in front of him, "I'm afraid it can't be called that." 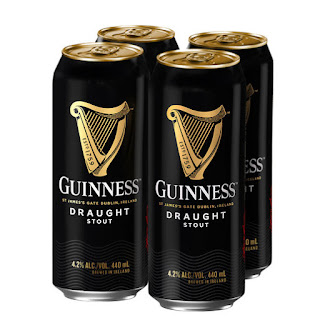 "Huh? Do you prefer Venus? But that name has already been taken. However, I can spend another three billion unused budget on renaming Venus..."
"No sir, it does not belong to you."
"?"
"’As long as he has beer and delicious meat’ I had brought both to you, Sir. What planet do you want?"
"…"
In this way, Saibandes’ wish to own a planet was ruthlessly destroyed.
Three months later, Saibandes heard that the planet was sold by the auction winner at a loss of 500 million. After the visit of scientists, they found that it was only suitable for viewing and because of the heavy metal content, it also couldn’t develop any industry at all.
Saibandes decided to wisely forget about this matter and never mentioned buying a planet again. Yes, real men only needed good wine and food.
…
For another three years, Saibandes, who insisted that wine and food were everything, finally entered the marriage hall with his secretary who had followed him for 16 years under the sighing attention of various famous ladies, ending his once single noble life.
"Dear Anna, whether you are rich or poor, healthy or unwell in the future, I would like to be with you forever." Saibandes made holy vows in the holy church. His expression was unusually serious and honorable.
As an aristocrat who had history of thousands of years, it was also a very honorable and difficult thing for Saibandes to find such a wedding speech following his grandfather's grandfather's grandfather's grandfather's grandfather. So, apart from the robot priest, all the guests burst into laughter.
"Oh~~~ Saibandes, don't lie! 'Nothing can bring down a man as long as he has beer and delicious meat'... Hahahaha! I think you can sleep with your stash in your arms at night ~"
"Sorry, I burst out laughing. But poor Anna got meat on her too. Maybe at night, Saibandes is going to pour beer on her?"
"Pfft... the limited-edition Stout?"
"For God's sake, why don't you give me this beer…"
"My God, Little Anna's face is all red! It seems that your guess is right! Saibandes, the filthy king, hahaha~"
"Hahaha, maybe in two days Saibandes will change that sentence to red wine and delicious meat... Who knows? Gold leaf wine seems to be good too~~ I'll try it tonight, is there any beauties willing to come with me?"
Saibandes: "!!!"
Anna, who was wearing a gorgeous white wedding dress, once again stepped on his black leather shoes with her ten-centimeter heel.
Saibandes: "…" He didn't, he wouldn't, don't talk nonsense!
In the most important lights-out moment of the night, Saibandes swore he had never been so dirty. However, he was pushed into the luxurious big bed by Anna who had drank a little wine at dinner. With a stab, the shirt on his chest was roughly pulled open by her little hand... The silver button fell to the ground.
Before Saibandes could see Anna’s expression clearly, he was doused with peach wine that fell from the sky.
"!!!"
"Saibandes…"
"!!!"
"Did I tell you that I also like fragrant meat, and… peach wine?"
"!!!"

After many years, the only thing Saibandes could not accept on the bed, wait no, on the table, was the taste of peach!
This was what Saibandes told his ten-year-old son. "If you want to drink, you can tell me. No matter how old you are, men can't drink fruit wine, especially peach-flavored one!" He wanted to cry. "If you buy it back, then don't even think about getting a penny of pocket money from me!"
When Saibandes’ grandson grew up, he repeated this to his grandson.
In fact, Saibandes had always wanted to revise what he wrote, but never succeeded.
"Unless you change the beer you wrote to peach wine."
On the wedding night, his little Anna said so, and he remembered it for years.
…
When Saibandes was forty-two, he thought he had seen all the storms in the world. However, at the age of a promising young man in this interstellar era, he finally tried something more terrifying than swallowing gold. His dear Anna was found to be pregnant.
Being a father for the first time, Saibandes finally understood where  the nervousness of Colonel Qin Mo came from. "Oh, Anna~ can you stop wearing high heels?"
"My God, why are you still working? I'll accompany you on vacation~"
"No no no, you can't drink, you can't eat desserts, the doctor said you must be obedient."
Of course, good food was the only way to relieve his tension.
Saibandes was fairly self disciplined, but he gained 19 pounds in that year that even his sharp facial features and corners were almost gone.
Anna: "I don't want to drink this chicken soup."
"Okay, I'll drink it."
Anna: "This steak is too tough, I don't want to bite."
"Ok, I'll eat it."
Anna: "This salad has no flavor."
"Okay, I'll have them."
Saibandes finally learned that normal women were not the most troublesome, it was pregnant woman. Many years later, what made him regret the most was that he did not invite Liu Weiwei to cook food for Anna when she was pregnant.
Saibandes invited Liu Weiwei’s apprentices, bought cooking robots that were eliminated by the army, and even invited back super five-star Western and Chinese chefs. But Anna, who said that she wanted to eat Xiao Long Bao one second ago, said the next minute that it was a snack eaten by kangaroos, so she pushed it to him.
When Saibandes could only look at the recipe to relieve his depression, finally, Anna was close to giving birth.

"My dear, I have something to discuss with you." Anna said to Saibandes at the time. "The doctor said that there is now a great invention that can transfer the pain of a woman's birth to her husband, so that there is no pain other than the suture. After all, you know, I am allergic to a lot of drugs."
Saibandes : "…"
"Honey, I will prepare beer and delicious meat for you. I have contacted Chef Liu, and she was moved by your gentleness and decided to come and cook a prenatal meal for you in person."
Saibandes: "This..."
"Don't worry, nothing can beat you as long as you have these two things right?"
"!"
F*ck beer and meat! He didn't want to hear those words again. Lying on the icy delivery bed was the only thing Saibandes could think of. Anna's face was flushed and she was lying beside him with her belly raised, "Honey, come on, do you want to eat a bowl of chicken noodle soup first?"
Saibandes: "I don't want... Ow!"
When the tenth grade of labor pain came, Saibandes broke down and almost cried. His almost 9 Star mental power made his pain nerves more sensitive. He even held the metal railing with both hands, blue veins on his hand burst out, and it was still unbearable.
"Honey, open your mouth, bite the meat, come, don't cry~"
Saibandes’ eyes darkened and he almost fainted. Never want to eat meat again! He doesn't want to eat anymore!
Later, on his son's birthday every year, Saibandes would vomit seeing the various meats on the table. However, when his son married his wife and was about to welcome his grandson, he was relieved.
"Son, our ancient family has an excellent tradition that I can only pass on to you now."
"Don't be afraid, beer and delicious meat, your dear mother has prepared them for you."
…
When Saibandes was sixty, he could just lie at home and wait for money to flow in. He had enough time every day to walk around the castle and look at or touch his collection. Every bottle of wine in the cellar had a precious story or a very beautiful picture.
"Saibandes! Are you secretly buying wine again? You're hiding your money from me? For every ten bottles produced you still need one bottle?"
"I, I, I, I am buying them for you, dear Anna. As long as you are happy, every day is Valentine's Day..."
"Hmph, there is no peach flavor!"
"Buy, buy, buy! Steward, go buy it now! Buy everything in this planet’s store!"
*****
The author has something to say:
They just lived a happy life of local tyrants, they were always rich and self-willed, but he was still disciplined often~~~