Jiang Yu put away her phone and clicked the save button. She was about to leave when the rest of the Jiang family heard the news and had already arrived. Jiang Mingxuan's eyes narrowed when he saw the money.
"Mom, so much money..." Jiang Mingxuan hurriedly took the money to his arms.
Zhang Meifeng snorted: "Look at you rushing! You will tell Wen Wen later that you two will get married immediately."
"Hehe!" Jiang Mingxuan said coquettishly, "Mom, you still love me!"
"Oh! Mom only has you one son, will I ever hurt you?"
At this time, Jiang Jie and Jiang Lan also came over. They glanced at Jiang Yu, looked away expressionlessly, and followed Zhang Meifeng into the door.
Jiang Yu walked out with her suitcase, Zhang Meifeng saw it, chased after her, and shouted: "Don't come back unless you have the ability! We are now separated! I have 4 children, will I be afraid of one less like you?
Hearing this, Jiang Yu suddenly turned her head and looked at the so-called family members behind her, the corners of her mouth rose, and she sneered.
This smile was full of sarcasm, which made Zhang Meifeng instantly furious. She scolded, "You d*mn girl, what are you laughing at?!"
Jiang Yu heard the words and sneered: "Mother, did you forget that you just signed an agreement to cut off the mother-daughter relationship with me? What's wrong, now you still want to beat and scold me as you like? Okay, you can scold me if you want, but give back the one hundred thousand yuan!" After speaking, she stretched out her hand.
How could the fat in the mouth be spit out? Zhang Meifeng rolled her eyes: "You can’t take back the money!"
Jiang Yu sneered: "Then keep your mouth shut! If I hear you scold me again, I'll make you spit out the 100,000 yuan!"
Probably because of fear that the money in hand would fly away, Zhang Meifeng didn't dare to say a word in the end.
At this time, everyone in the village pointed at Zhang Meifeng and said: "Meifeng, you can't be like this! Jiang Yu is your child after all. She has a lot of potential. She got into a good university. I don't know why you don't like her."
"That's right, how can this blood relationship be broken just because you want to?"
"You are too cruel! People would even have feelings for a dog they had raised for 20 years, but you're so bad. If the child said she didn't want to marry, then don’t force her, why you sold her for money! You are really cruel!"
"Why am I cruel?" Zhang Meifeng saw that everyone was accusing her, so she simply gave it up. She pinched her waist and scolded: "I, Zhang Meifeng, have a clear conscience. This stinky girl seems to have a grudge against me every day and it wasn’t something new. Let me ask again, what kind of relationship can I have with her? Besides, the Jiang family is so poor and we have other children, where will I get the money to give Mingxuan a wife? If he doesn't marry a wife, will he be a bachelor for the rest of his life?"
When Aunt Fang heard the words, she said: "Selling your daughter to raise money for the betrothal gift of your son, you are really too much! What do you mean cannot marry? Your son can't marry that girl, but he can marry someone who doesn't want a betrothal gift that huge. Why do you have to sell your girl to raise money? "

"Mingxuan's girlfriend is pregnant! That's the only descendant of my Jiang family!" After Zhang Meifeng finished speaking, she said angrily, "This is my Jiang family's matter, it's not your turn to meddle in our business!"
"I said Meifeng, why are your eyes so shallow?" Aunt Fang taught Zhang Meifeng a lesson: "Your family Jiang Yu graduated from a prestigious school and she will definitely earn more than 100,000 yuan in the future! You have hurt your child's heart now and she will really not recognize you in the future!"
"If she don't recognize me, then don't! Like I said, I have many children, so I’ll not have less. Besides, with the character of this dead girl, she is doomed to do nothing. Hoping that she can give me 100,000 yuan? Dream on! I only see her whole life is destined to be a poor man!" Zhang Meifeng deliberately said this words in the direction Jiang Yu was leaving, for fear that Jiang Yu would not be able to hear.
Seeing Zhang Meifeng being so unreasonable, the villagers shook their heads.
"I've never seen a mother selling her child like this!"
"That's right. It's too bad for the girl."
"It's too much! How could she judge that Jiang Yu is not promising? Don't talk too soon!"
Seeing that everyone was pointing at her, Zhang Meifeng couldn't help but take Jiang Mingxuan's hand back to the house. She shut the door and was relieved. For a moment, she felt a little flustered when she thought of Jiang Yu's expression when she was leaving.
When Jiang Yu came back this time, although her clothes were still very old-fashioned and not good-looking, but her temper seemed to be different from before, and her aura was much stronger. Zhang Meifeng felt that Jiang Yu seemed to be mocking herself for being a complete fool. Fool? Could it be that Jiang Yu had changed now, had made a difference, and was not the same as before? No, not possible! Just by looking at Jiang Yu’s clothes, she could tell that money couldn't be squeezed out of her!
Besides, she, Zhang Meifeng was smart, she was not a fool! She did the right thing. She gained 100,000 yuan for her son to marry a wife by getting rid of a burden she didn’t like. It was a fruitful business!
Thinking of this, Zhang Meifeng laughed again.
"Mom, isn't this bad?" Jiang Jie frowned and asked, "Everyone else is talking about you."
"What's wrong?!"
"Jiang Yu... You really don't want her anymore? Although she is unlikable and selfish, she is still Jiang family after all. She should support you together with us in the future!" Jiang Jie said.
Jiang Jie said this because she was a little afraid in her heart, not because Jiang Yu was sold, but because Jiang Mingxuan would be her burden in the future. She knew how much Zhang Meifeng loved her son. If Zhang Meifeng went to her house to find her later, she wouldn’t be able to get rid of it. If there was Jiang Yu, things would be divided equally, then her burden would be lighter in the future.
"Don't worry, Xiao Jie." Zhang Meifeng suddenly rolled her eyes with a shrewd look on her face, "Don't worry! I've watched legal programs on TV and such an agreement to sever blood ties will never work! In other words, in the future, if Jiang Yu really develops well, I will still go to her to ask for money for retirement, and she will have to give it. I will make trouble if she doesn't! How could she throw me away? In the future, Mingxuan and I will depend on the two of you!"
Hearing this, Jiang Jie felt a little uncomfortable. Why should she support Jiang Mingxuan? However, she didn't make it clear, she just smiled: "Mom, your plan is really good!"
"That's not it! I'll take the 100,000 yuan to marry your brother first. After Jiang Yu graduates, if we can get along well, I'll go to her. Even if she still hates me, it's not a big deal. I will just admit my mistakes later." Zhang Meifeng said proudly.
"Mom." Even Jiang Jie felt that such Zhang Meifeng was a bit shameless. She looked at Zhang Meifeng's calculating look, swallowed, and said, "How do you know Jiang Yu will take care of you?"

"How could she ignore me! If she ignores me, she won’t be able to work or live. Besides, you know Jiang Yu's character. She can't get rid of me even if she suffers all her life!"
Hearing this, Jiang Mingxuan smiled. He had someone to make money for him to eat and drink for the rest of his life. He was very happy! "Mom, with Jiang Yu's character, what kind of big things she could be?"
"That's right..." Zhang Meifeng smiled when she heard this: "It looks like I got the hundred thousand yuan for nothing today! I just don't know why Yu Hong is so stupid! Did she think that girl is a gold ingot?"
…
On the other side, Jiang Yu looked at today's farce with an unusually calm expression without a trace of turbulence.
"Girl, take this tricycle and stay at my place for a few days?" Yu Hong said.
"No, I want to go back to Shencheng." Jiang Yu looked directly at Yu Hong.
"Why are you going back to Shencheng? Even if you want to go back, you will have to celebrate the New Year's Day first. It will be the New Year's Day the day after tomorrow, so you can't go anywhere right now. You can live at my house first! We'll talk about things after the New Year's Day!" After speaking, Yu Hong grabbed Jiang Yu's suitcase and forcibly pulled Jiang Yu into the tricycle.
Jiang Yu couldn't pull Yu Hong away, and besides, she just gave out 100,000 yuan for her. Thinking about it, she got into the vehicle behind Yu Hong.
On the side, Yu Hong's two sons glanced at her, didn't speak, and drove away quietly. 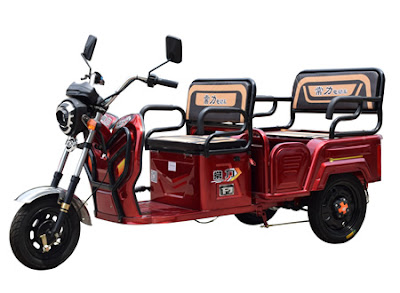 The electric tricycle had no canopy. Along the way, Jiang Yu sat in it and the cold wind kept brushing her cheeks. She looked at the gray sky in the county town and recalled Zhang Meifeng's sentence, which was extremely ridiculous.
Zhang Meifeng thought Jiang Yu would live poorly forever, thinking that she was destined to have no future in her life. Zhang Meifeng still preached how powerful Jiang Jie was every day, saying that Jiang Jie could earn five to six thousand a month!
How ridiculous! Jiang Yu suddenly laughed, wondering what Zhang Meifeng would think if she knew that Jiang Yu could earn tens of millions a month.