The military region's activities were quite successful and Liu Weiwei was relieved to receive the news from the front line. The Beast restaurant was temporarily closed to be one of the marked points on the map.
There was a robot sitting in the restaurant, and Liu Weiwei planned to go to other key areas of the scene to see the situation.
"Teacher, if you are idle, take a rest."
"I'm going to try the dishes made by the robots."
When Liu Weiwei was about to leave, the three chefs all had the cheek to join her. In fact, they had eaten these things for a long time, but their hearts were itchy, just like old children who liked to watch something fresh and lively.
"Okay, you can go with me. What do you want to eat? If you can't answer the question, I'll pay for it." Liu Weiwei smiled. She didn't go back to the military area, but went directly to the nearest shelter. There were some soldiers who were responsible for the safety of the residents here.
Different from the big meat dishes in the military area, Liu Weiwei focused on warming and digestibility for the dishes here. She basically abandoned or lightened the spicy taste. But even if she revised the heavy-flavored recipe, she was still taken aback when she arrived at the point for kelp salad. 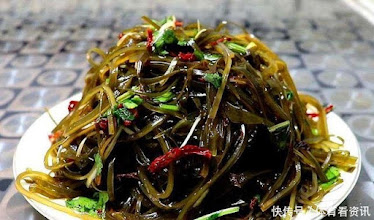 Everyone was desperately trying to get their nutrient solution out of their space. Some people’s lips were swollen as if they were wearing lipstick, while others were desperately breathing and fanning their faces with their hands.
Was it that spicy? Liu Weiwei suddenly became nervous.
Soldiers in the army usually preferred heavy tasting dishes. Her dishes were generally based on the original recipe, but even after they had been reduced by half, other people still found it unacceptable?
The beast restaurant these days also sold non-spicy non-Sichuan dishes well.
"Auntie? How are the dishes made by these robots? Do they taste okay?" Liu Weiwei found an aunt who was seating nearby and asked with a smile.
The aunt was holding a nutrient solution in her right hand and she kept fanning her mouth with her left hand. She was very busy. When Liu Weiwei asked her, she could only stick out one thumb. "Okay." Just one word was said with numb tongue.
Liu Weiwei was worried, "Is it really okay? I think you seem to feel very spicy. You can go to a few places next to you and give something that is not spicy." Because of the rush, she didn't have time to mark the spiciness level on the map.
"It's okay, although it's spicy, it's good." The young girl next to Liu Weiwei came over, "The more you eat, the more fragrant the kelp is. It's sour and spicy and it's still very appetizing. It feels like I've been squatting on the ground for so long, and I'm finally alive today!"
Liu Weiwei laughed as soon as she heard this, "Then the cold noodle salad in another place, I guess you will like it too." 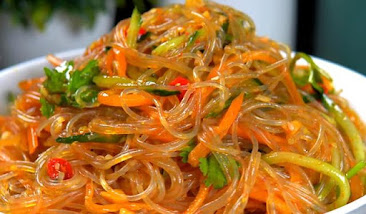 "Yes."
Liu Weiwei put down her hanging heart and was about to turn around to greet the three elders, but found that they were all gone. After looking around, she saw them lining up in the kelp salad queue, she was dumbfounded.
When Liu Weiwei walked over, Mr. Dou, who was the first to see her, waved at her, "You go and watch, we'll eat here."
It wasn't long before it was Elder Gao's turn. He was eager to order food from the robot in front of him. "I know you, are you No. 183? I remember you had a cross wound on your chest. I taught you three dishes, remember? I want a jellyfish head mixed with cucumber." 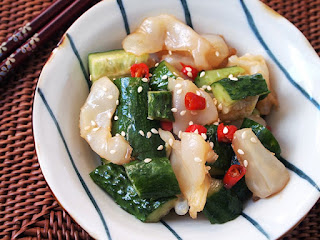 Salads were very simple home-cooked dishes. When the jellyfish head was bought, just soak it in water, wait until the salt in it is diluted, cut it into thin slices, blanch it in hot water and pick it up. Then peel the cucumber, cut it into strips, sprinkle with minced garlic, add soy sauce, sesame oil, balsamic vinegar and sugar and mix together. Mix everything well, this jellyfish head mixed with cucumber salad was crisp and refreshing, sweet and sour, delicious and fast to make.
Elder Gao looked at his robot disciple excitedly. He was ready to see if it was operating correctly, and he would point it out on the spot to make it better. But he didn't expect that the robot directly ignored so many words he had said.
"Old man, please answer the question. Do you know how many kinds of dishes use cucumbers in the world?"
Elder Gao almost cramped at the corners of his mouth, "What?"
On the way here, Liu Weiwei told them that each location had a quiz. This was to add some fun to everyone and reduced everyone's anxiety when waiting. If they answered incorrectly, they could actually retry it several times. Most of them were multiple choice questions, so they would always get the correct answer eventually.
But the Elders obviously listened to the rules before and didn't take it to heart. They never thought that the robot would enforce the law impartially.
"I'm the one who taught you this dish, No. 183."
"Sorry, under the bright sky, we can't go through the back door." The robot said righteously.

Elder Gao: …
As a super chef, Elder Gao felt a lot of pressure in an instant. How many dishes could a cucumber make? He immediately clenched his fingers, thinking hard from left to right, and he didn't even hear the next wave of answer options clearly. But the recipes in this world were so vast that they couldn’t be calculated in just one or two minutes. Soon, the sweat on his forehead grew more and more. Until the people standing beside him enjoying the food came around.
"Grandpa, choose D."
"Oh, don't get too nervous. If you can't figure it out the first time, you just go down ABCD one by one, why is your face pale? Sit down for a while. Would you like to eat my kelp salad first?"
"D, I answered it for Grandpa. There are countless dishes that cucumbers can make, hahahaha! This question maker is simply ridiculous."
Elder Gao almost fell and even Liu Weiwei was frightened into a cold sweat. She laughed out loud only when she saw that he was being served well and understood the whole story. "Elder Gao, cucumbers are mostly used as side dishes, so there are countless combinations that can be produced with just that one ingredient. So there are ‘countless’ answers to the question."
Liu Weiwei was obviously the person who made the question.
After Elder Gao knew this idea, his face turned red. "This is indeed the truth. There are many dishes that use shredded cucumbers in Sichuan cuisine, and there is an endless stream of new dishes. It's endless and uncountable. It’s just my mindset..."
The robot calculated that his answer was correct and soon gave him a plate of jellyfish cucumber salad, "It is everyone's responsibility to take care of the elderly. You got the answer right~"
"..."
Dou Kou was in second place and took a deep breath when he walked up, "I want shredded tofu salad and kelp salad." 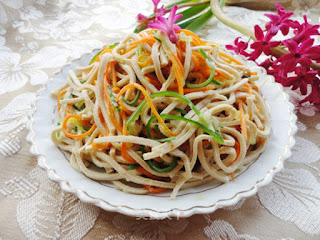 "Please listen to the question, the limit of human beings, how thin can you cut tofu into filaments? A..."
When Dou Kou heard this, his eyes lit up immediately. He didn't even need to listen to the options. "I know this. It can be cut into 2 mm. If stability is not required, it can be cut into 1 mm. The so-called stability is to cut a whole piece of tofu into the exact same thickness."
"Correct answer." The robot quickly served the food.
Dou Kou immediately showed a smug smile on his face, and posed for Elder Gao.
But many residents gathered around.
"Father, you actually understand this?"
"1 mm? Why do I think there's something wrong with this answer?"
"I've answered this question four times, from 1cm to 1 mm..."
"I also think this answer is wrong, right? Who can do this?"
Dou Kou coughed heavily, "Of course it's the correct answer. We are very talented in the chef industry, so a mere 1cm is not a problem..." His ears reddened, "An old man like me can also cut 2 mm."
"What? Impossible!"
"Why am I in disbelieve? You are a chef? You look ragged."
"You don’t look like a chef. I watch all the chefs on TV wear white coats."
Dou Kou's eyebrows were about to stand up! "So Chefs can't wear casual clothes? I look ragged?" He glanced at the chili oil splatter marks on his chest that happen when he made kelp salad before, he almost vomited blood.
"I’ll do it, Master Dou," Liu Weiwei hurried over to stop the old man who was provoked by just a few words, "I'll cut a piece for them to see." As the commander-in-chief of this event, she was also the superior of these robots at this moment. As soon as she came, the robot gave way.
Liu Weiwei casually grabbed a piece of jellyfish head and cut it into a neat rectangle with a knife. The person who was still laughing at Dou Kou's impersonation of a chef didn't even have time to float his eyes to her side, and she started to move quickly.
When they all turned around, they were all dumbfounded.

"How did she do it?"
"Am I just blinded?"
"I just turned my head, and the irregular jellyfish head had became like a model?"
"Did the robot do it?"
Liu Weiwei disregarded the discussion, raised the knife and dropped the knife. Neat and uniform jellyfish head appeared on the chopping board. The texture of the jellyfish head was not suitable for shredding, and it was difficult to handle. However, in her hands, it seemed like she was playing with it easily.
In just one breath, the whole piece of jellyfish head turned into jellyfish strips, as if it had been cut out by a machine, without any signs of cracks or roughness.
Liu Weiwei used her knife to put all the jellyfish into a plate, and then cut the kelp. The knife in her hand didn't stop at all. She moved inch by inch and instantly shredded the whole piece of kelp. The kelp strips were… the same width as the jellyfish strips.
"This, this is even finer than what the robot can do!"
"Am I seeing right? This girl is fiercer than a machine!"
"My God, I don't even need a ruler. I also know that these strips must be thinner than a millimeter. The answer is indeed D."
"It's terrible, who of you took a video?"
"Ah, I suddenly remembered that there was a very popular video called Chrysanthemum Tofu, have you seen it?!"
"Yeah, what you said... I thought the video was fake, but someone really has magical skills!"
Liu Weiwei's hand was more proficient than when she made chrysanthemum tofu a few years before. If she made again the tofu soup from that year today, she could make a peerless chrysanthemum that was more beautiful and more full.
"The answer is correct. Mr. Dou's knife skills are also very good," Liu Weiwei smiled and returned the knife to the robot, "Okay, please continue to enjoy the food~"
Hearing what Liu Weiwei said, the people who had just questioned Mr. Dou blushed, and Dou Kou was even more red and blushing. "Teacher, I'm not as good as you in knife skill. I have to practice for another ten years."
"Cough, okay, keep practicing..."