It was said that it took 7 seconds for a customer to decide whether to buy a product or not. That was to say, the feeling of a product's outer packaging was very important. In a skin care product counter, the outer packaging of cosmeceutical products and ordinary skin care products were different. Cosmeceuticals tended to have simple generic packaging. When customers entered the counter, they felt like they had entered a hospital and customers would subconsciously trust the brand. While ordinary skin care products packaging and brand targeting young customers would be fancy and cute. At the same point, a brand designed for older customers would be more atmospheric.
In general, because Europe and the United States advocated environmental protection, brand based from those countries was much simpler in terms of packaging. Many products priced at one or two thousand yuan only used ordinary plastic bottles, such as La Mer brand. But if Chinese products of the same price were packaged like this, would local customers buy them? 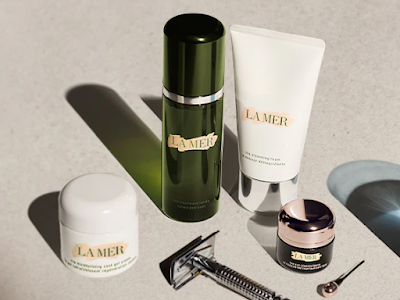 Jiang Yu felt that the conclusion was open to question. Customers knew that La Mer was a big brand and was famous, so they would buy it no matter how it was packaged. Just imagine, if La Mer was not as famous as today and was sold as a common brand on Taobao, when people saw its ordinary packaging, people would likely feel that it was not up to the price listed.
Chinese people always liked luxurious looking things, but were there no such aesthetic period in Europe and America? There were of course, but in recent years, they began to pay attention to environmental protection. However, it was impossible for Chinese people who had not passed their aesthetic stage to come to that period.
Therefore, before Jiang Yu’s brand went international, she would take the high-level route. Thinking of this, she contacted the employees of the skin care product design company and conveyed her meaning.
"President Jiang, can you talk about your expectations?" The designer asked.
Jiang Yu thought for a while and replied, "Well, in view of the content of my product, I hope to design the acne medicine into a single use package. Each package is exactly 1 dosage, similar to Kanebo Beauty Clear Powder, so the customer doesn’t have to worry about the amount." 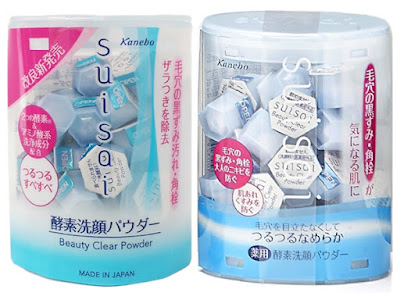 After speaking, Jiang Yu picked up the product she referred to on her dressing table, took a picture and sent it over. "Like this."
"Okay! Our team will discuss again!"
"Give me an answer as soon as possible!" Jiang Yu said. Packaging design was a very important part. She hoped that the skin care products she produced this time would not be like her previous life. It had to go international!
As long as the packaging design was good and the set box was also specially produced, then it wouldn’t be difficult for the product to become taller and to raise the price a little later.
After contacting the designer, Jiang Yu went to the hotel's bathroom to remove her makeup. After removing her makeup, she took out a Puresmile geisha facial mask, took a selfie, and posted on Weibo:
[Japanese Puresmile geisha facial mask. When you are in a bad mood, put on a funny facial mask, and your mood will instantly improve. This mask is mainly moisturizing, and the effect is in line with the price. I recommend it to everyone!] 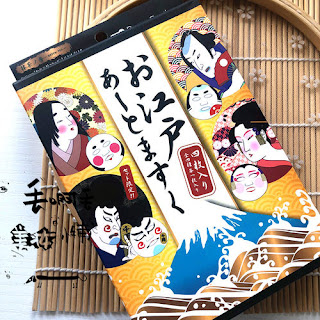 ——Haha, this mask is so funny!
——I'm also using it, it's okay, and the price is not expensive.
——It is more pertinent to say that the moisturizing effect is okay, but it is not particularly good, but because of the pattern, it looks stupid and cute, so it is worth buying.
…
In the next few days, Jiang Yu was busy in the production crew and then it was the end of the year. Ordinary production crew wouldn’t have a holiday, but their web drama crew was a bit special. Many of them were newcomers and rookie actors, while some were still in school. Most people had not experienced the fact that a filming crew didn’t have a holiday during the New Year and Fang Huai also wanted to go home. Therefore, after discussing with Jiang Yu, he decided to catch the schedule overnight during this time to free up the schedule on the New Year's holiday so that everyone can go home.
Before they knew it, mid-January arrived. Because of the unlimited new release last launch, the business in the Taobao clothing store was booming. Jiang Yu waited for all customers to confirm the receipt of the goods during this period so that the payment she owed to the factory and fabric supplier could be credited to the account earlier.
This morning, Jiang Yu checked the Taobao backed and saw that almost all buyers had confirmed their receipt of the goods. She did the math and after taking the cost out, she made almost 15 million in the last launch! Waiting for her new collaboration with Jado to go on sale and waiting for her acne medicine to be sold online, would she still be afraid that her wallet will be flat?
Thinking of this, Jiang Yu smirked.
After a few days of overnight filming, Jiang Yu almost couldn't bear it. Gu Shenliu took her condition to heart and often brought some meals from home for her to eat. Because of eating too well, she even gained a few pounds.
Finally, it was time for the annual final exam.
…
Although Jiang Yu was not afraid of the final exam, she was afraid of being embarrassed! Many people on the Internet said that she was a top student, so she had been strict with herself. If she failed the exam this time, it would inevitably make some people laugh, which was something she wouldn’t allow.
Thinking of this, Jiang Yu stayed up a few days in advance to review for the exam. Studying fashion design was very tiring. Designers might look glamorous, but in fact, in college, everyone's experience was similar to that of a tailor. Basically, the most difficult thing in fashion design department was to draw sketches, keep sketching, and more sketching. In one semester, they might have around 200 sketching that needed to be submitted. You read that right, 200 sheets. At the end of the semester, the teacher would also ask students to submit their assignments for the semester as a portfolio.
In addition, English class, Ideological class, and the theoretical content of each subject were all still indispensable! In general, if it's not true love, people really shouldn’t study this major! Even at a level like Jiang Yu, at the end of the semester, she was rushing to do homework so hard that she almost vomit blood.
"Jiang Yu, have you done your homework?" Bei Xiaoxiao came over and asked.
"Finished!"

"What?" Bei Xiaoxiao was startled and she said: "When did it happen? You are usually busy like a spinning wheel, where did you get the time?"
Jiang Yu pointed at the dark circles under her eyes and said, "I've been working hard for a few days, plus I've been sketching in all my free time. With this, I can barely cope."
Bei Xiaoxiao was about to cry: "My portfolio is not ready yet!"
Jiang Yu patted Bei Xiaoxiao on the shoulder and sighed, "I pity you my friend!"
"By the way, Jiang Yu, do you know?" Bei Xiaoxiao pulled Jiang Yu and whispered.
"Huh?"
"That... Yao Yiyi seems to have become an internet celebrity too! She seems to have signed to an internet marketing company, the kind that package and incubate internet celebrities. Now she is also registered as a big V on Weibo and she is also an anchor. Recently it is said that she also took on a supporting actress role in an online drama, it can be said that she is completely following your route!"
After hearing this, Jiang Yu thought of the scene she saw in the flower cafe last time. Yao Yiyi should have made some kind of deal with the old man, right?
"Look! This is Yao Yiyi's Weibo!"
Jiang Yu opened Weibo and took a few glances, almost thinking that she had entered a pornographic website. She could only see Yao Yiyi's Weibo post contained a lot of exposed pictures, the kind commonly seen on Weibo. There were photos in hotel bathtubs, in beds, in front of mirrors selfies, wearing dewy lace sheer skirts, bathrobes, and other intimate clothes. There were also photos of her deliberately showing her breasts, resulting in all the photos looked very erotic.
Jiang Yu frowned. "Does the school know that she takes pictures like this?"
"A lot of people in school are talking about this now, but Yao Yiyi said that she is an internet celebrity, that she is a star, and that she has already started filming. Besides, what if she wears revealing clothes? Even if she takes nude photos, the school may not have the right to manage this kind of thing."
Jiang Yu scrolled down on the Weibo posts and saw that Yao Yiyi's Weibo all contained some kind of erotic hints, such as this one, the Weibo said: "Sleeping alone tonight, will anyone be thinking of me?" The accompanying pictures were taken while lying on the bed while biting a lip, showing her chest and showing her legs.
The same went for the comments below.
——Wow! How much do you sell per night, blogger?
——It has been saved, I will slap it at night!
——I don't know if it's cool or not!
Such vulgar words made Jiang Yu feel sick to her stomach. She really didn't expect that Yao Yiyi would really go down this road.