Jiang Yu opened Weibo, and sure enough, Gu Shenliu's pinned Weibo was forwarding her voting link.
On the comment section below, fans were going to explode speculating about the relationship between the two.
——By the way, what is the relationship between the two of you? It always felt a little unusual.
——If we said it was senior brother and junior sister, the relationship between the two is too good.
——That is, the several Weibo posts Gu Shenliu have posted in succession are all related to Jiang Yu! You know, he didn't necessarily post one update a year before!
——I don't want to deceive myself, I have a bad feeling.
——Hey, male stars have loved internet celebrities since ancient times, this is indeed true!
——What do you mean? Jiang Yu is not an ordinary internet celebrity. She is beautiful, motivated, and a also a top student. I think she is a good match for Gu Shenliu!
Jiang Yu clicked on the hot search again and saw that hash tags #The Most Beautiful Face voting ended# #Jiang Yu Most Beautiful Face# had become a hot topic. Many popular Weibo had also announced this result.
At this moment, a Weibo caught Jiang Yu’s attention. A blogger named @Grandfather’s hair exploding in the sky posted:
[Does anyone pay attention to the most beautiful face vote this time? An 18-line internet celebrity can actually defeat a first-line actress Cheng Ran and become the first place, no matter how I think about it, I feel that Jiang Yu has manipulated the vote!]
——I feel the same! It's ridiculous. It’s just an internet celebrity, it's no better than an actress like Cheng Ran.
——I also think this voting is unfair, there must be shady scenes at the back! That Jiang Yu looks ugly!
——Indeed, the results of this competition are unbelievable.
What surprised Jiang Yu was that other Weibo related to her winning basically only had 30,000 or 40,000 reposts, this Weibo, which raised the suspicion of her manipulating the votes, actually had more than 100,000 reposts. Of course, this also had the credit of Cheng Ran's fans. After all, Cheng Ran's fans always thought that their idol would be the first. Who knew that Jiang Yu would cut their way halfway! They began to brush a lot of negative comments under Jiang Yu's Weibo.
Jiang Yu fans couldn't just let this be, so they quarreled with Cheng Ran fans. So now, Jiang Yu's Weibo was a mess. This was not what Jiang Yu was happy to see.

Soon, @Grandfather’s hair exploding in the sky actually continued to provoke:
[@Stylist Jiang Yu, if you have the ability, come out and respond. Have you manipulated the votes?! Talk to yourself, what ability do you have to become the first in this competition? Hiding behind the computer and not daring to respond is such a skill!]
After mentioning Jiang Yu directly, people would think Jiang Yu would reply immediately, or let the studio reply, but after waiting for a long time, there was no movement on Jiang Yu's Weibo. Jiang Yu didn't seem to care about the mention at all. Half an hour later, she posted a Weibo without haste:
[Dears~ I haven't taught you make up for a long time. I will start a live broadcast to teach makeup later. See you at 6 o'clock!]
It's been a long time since Jiang Yu's first live broadcast. In fact, many fans had been looking forward to Jiang Yu's live broadcast for a long time, but she hadn’t moved for a long time.
This time when Jiang Yu said that she would do a live broadcast, fans exploded.
——Wow! Hurry up! I just finished the exam tonight, waiting to watch your live broadcast!
——I want to watch the live broadcast! I often reminisce about the last live broadcast of out of bath makeup. Jiang Yu, your beauty is enough to make me kneel and lick!
——Who knows what the theme is this time?
However, Jiang Yu suddenly disappeared again and fans couldn't guess today's makeup theme even if they were scratching their heads.
At 5:50 in the evening, Bei Xiaoxiao prepared the camera, cleaned the house, cleaned the table in front of Jiang Yu, took out the skin care products that Jiang Yu will use, and then said: "Taro ball, do the live well and get rid of those diseased people! D*mn, you can completely defeat that Cheng Ran with your natural looks. Are these people blind and can't see it?"
Jiang Yu smiled lightly and her mood was not affected at all. She glanced at the alarm clock on the wall, it was 6 o'clock. As soon as she started the live broadcast, she saw rewards and messages flashing on the screen constantly. In just an instant, the viewers had reached as many as 1 million.
——Dada, we have been waiting for you for a long time.
——It is finally online.
——Taro ball! I'm your fan, what makeup are you going to teach this time?
——Jiang Yu, the legendary make up master is going to live broadcast to teach makeup, how can I miss this party!
Jiang Yu smiled. The last time she broadcasted live without makeup, fans all said she looked good. This time, she specially painted some light makeup. Sure enough, when fans saw it, they swiped the screen one after another.
——Beautiful!
——My Jiang Yu is beautiful! You light makeup looks good!
——Dada, what kind of makeup are you going to do?
Jiang Yu smiled, took out her makeup tools, and greeted everyone: "Taros, we meet again! This time I'm not going to teach you ordinary makeup, but also the magical technique of turning into a man through makeup!"
——Amazing, wearing makeup to look like a man? How to?
——High energy ahead! Sister, I watched quietly and did not speak, for fear of being frightened by you.
Jiang Yu smiled and said: "Look at me, I'm very feminine now, right? I definitely look like a girl and my facial features are not particularly masculine. It can be said that from my appearance, I have no resemblance with men. So, it is the time to witness a miracle!"
After speaking, Jiang Yu picked up a cotton pad: "The first step, let's remove makeup first. I usually use Unicharm’s Silcot cotton pads for makeup removal and face lotion application. After that, I use Foreo Luna to wash my face. I have introduced these products in previous Weibo, and the following is normal skin care." 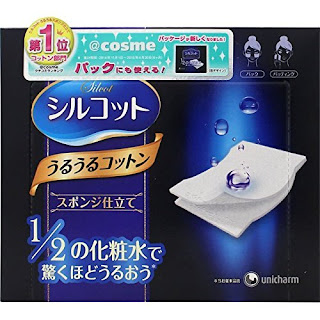 Soon, Jiang Yu’s skin care was over. She smiled and said: "For men's makeup, I usually use a slightly darker foundation."
After speaking, Jiang Yu applied foundation, set it with Givenchy Prisme Libre Powder, and then smiled: "After the base is laid, everyone can take a good look now!" 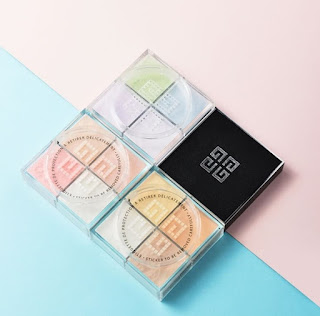 After speaking, Jiang Yu took out a blush and eyeliner and then traced it under her eyes. Soon, she forcibly drew a big eye bag under her eyes. At first glance, the newly drawn eye bag seemed to fall off and they made her look like an alcoholic uncle.
——Wow! This eye bags were so realistic.
——The bags under the eyes frightened me. After drawing the bags under the eyes, Jiang Yu didn’t look like her anymore.
"Why, are you scared by the bags under my eyes?" After speaking, Jiang Yu smiled and picked up a fake beard and stuck it on top of her lips. Soon, the beard was finished being glued on. Instantly in front of the camera, Jiang Ya had changed into a bearded uncle.
——So amazing!
"Don't worry, it's not over yet! What else would a normal uncle have besides eye bags? That's right! It must be a double chin! Therefore, we have to draw a double chin."
After 2 minutes, a realistic double chin was drawn.
——With your drawn double chin, the real one on mine is about to fall off! Wow! It's so realistic too!
Looking at everyone's comments, Jiang Yu smiled and said again: "Okay, bags under the eyes, double chin, beard... You must have noticed that I haven't drawn my eyebrows yet? Of course! Uncles generally don't have a good temper, so their eyebrows should show their personality."
After speaking, Jiang Yu picked up an eyebrow pencil and mascara. She drew an angry eyebrow for herself. The eyebrows were drawn, and the fans on the other side of the screen were stunned.
——I must have entered a fake live broadcast room.
——Who changed the anchor? I want my sweet taro ball! Who is this bearded uncle?
That's right, Jiang Yu in front of the camera had become a weird uncle.
"Don't worry, it's not over yet. Next, I just need to put my hair up and put on a short wig. Today, this uncle makeup is finished!"
After she finished speaking, Jiang Yu tied her hair up and put on a wig that had just once inch of hair, a style that Chinese uncle loved to do. Soon, a forty-five-year-old middle-aged man appeared on the screen.
A chaotic friend saw that there were more than 5 million fans watching this live broadcast and thought that the anchor was dancing, but when he came in, he was startled by Jiang Yu.
——D*mn it! Five million people watch an uncle's live broadcast? Oh my god! Your tastes are so serious!
——Hahaha, a chaotic pro above, this is a fake live broadcast room, leave now!
——It’s killing me! Jiang Yu, look at what you have scared people into!

Jiang Yu smiled, and in a hurry, she used eyeliner to draw some sideburns and wrinkles on her temples. In this way, Jiang Yu's face was no longer the glamorous appearance of the past, but turned into a sloppy middle-aged uncle.
——Screenshot! Photograph! Anyway, I was surprised by Jiang Yu's face-changing technique.
——Dada, you put on makeup so fast, it's only been less than 20 minutes.
Jiang Yu looked at the time and it turned out that it was less than 20 minutes. In this way, her live broadcast time was too short. It was rare for her to start a live broadcast, so she wanted to do at least half an hour.
After thinking about it, Jiang Yu interacted with the fans and said: "Who else do you want to see me draw? I'll draw another one for you?"
Who knew the viewers would answer.
——Gu Shenliu!
——Gu Shenliu!
——Gu Shenliu!
——Gu Shenliu!
Jiang Yu laughed: "I almost thought my screen was stuck."
——Dada, if you have the ability, you can draw your senior brother, our actor Gu Shenliu!
——I am a fan of Gu Shenliu! I want to see Dada painting Gu Shenliu!
Jiang Yu subconsciously wanted to refuse. She and Gu Shenliu had already attracted enough attention. She heard that there have been paparazzi following them recently. If she added another commotion like this, she was afraid that the scandal would spread to the sky again. Just when she hesitated, suddenly, the system popped up fireworks, and she saw a few words appear on the screen——
Gu Shenliu 121 rewarded the anchor with 1,000,000 live broadcast coins!
The live broadcast room was completely boiling. The legendary local tyrant, Gu Shenliu 121, who gave Jiang Yu a reward of 1 million last time, was here again! This time, he came down from the sky with another million-yuan reward!
Immediately afterwards, Gu Shenliu 121, who never spoke before, typed on the comment section: "Paint Gu Shenliu!"