At the same time, the other actors also suddenly became serious. They originally thought it was a small-investment web drama, just filming casually. But as Gu Shenliu now had joined, the nature would immediately become different! If they could play with Gu Shenliu, would they still be afraid that their worth would not increase? If they were lucky, the drama could also explode...
Everyone had a feeling of receiving good luck!
Gu Shenliu went to the dressing room to do styling and makeup. Meanwhile, Jiang Yu gave him the look under everyone's attention.
Jiang Yu then said to her classmates that had been hired to help with the costumes:
"The male protagonist has changed, so the clothes have to be redesigned and revised!"
"Okay!" Zhou Zhou took the lead. They were also excited to be able to design clothes for Gu Shenliu. How many people could not even pray for an opportunity like this?! How could they not be excited when they were given a chance as fledgling newcomers!
Zhou Zhou said excitedly: "Jiang Yu, Movie Emperor Gu, don't worry. We will do it well and strive to design a very good work!"
Knowing that the boys were Jiang Yu's classmates, Gu Shenliu was very face-saving. He nodded, "You are Jiang Yu's classmates, I can trust you!"
Zhou Zhou and the others were so excited that the big actor agreed, so they must do their best!
…
After everyone left, Gu Shenliu made a good pose and stood up. He came to Jiang Yu's side, suddenly lowered his head and licked Jiang Yu's ear. His voice was low and hoarse: "Junior sister, Senior Brother will teach you how to act!"
"Hey!" Jiang Yu touched her wet ears and laughed. She then hugged Gu Shenliu, raised her head and asked: "You being here is not really a coincidence, right? Does Gao Jing know? If he knows, he would probably die of madness. A celebrity of your worth accompanying me in this level of play will definitely lower your standard, how could Gao Jing agree?"
Gu Shenliu sneered, hugged Jiang Yu back, and said, "Don't worry about him." Then he said seriously, "This is your first play, so of course I want to help you. When I think of it, there is nothing better than teaching in person."
Thinking that Gu Shenliu taught her kissing scenes in person before, Jiang Yu’s heart became hot. Not only because of the hot kiss scene taught before, but also because of his intentions. She did not expect that he would abandon money, fame, and the world's opinions to come to such a small crew.
"What if you don't do well and your reputation become bad?" Jiang Yu was worried. She came to act just to try, but Gu Shenliu was different. If someone asked her to walk the red carpet wearing street stall’s clothes, she might not be happy.
"Don't worry, I've read your script and it's well written. If there are any shortcomings, I'll ask the studio to help and I could also find an assistant director to help Fang Huai to shoot together." Gu Shenliu arranged everything.

At this moment, Bei Xiaoxiao called in an urgent tone: "Jiang Yu, it's not good! The roommates in your dormitory said they would kick you out!"
Jiang Yu was stunned for a moment and subconsciously frowned: "What's going on?"
Bei Xiaoxiao hesitated for a while before saying, "Didn’t I tell you before that the rumors about your being nurtured have been circulating in the class recently, but this time it wasn't provoked by Yao Yiyi. I heard that someone posted it on the Internet. They slapped you with the post. You can see that post just by searching for your name!"
Jiang Yu was stunned for a moment. She opened Baidu search #Jiang Yu#, and soon a gossip post jumped from the end of the world. This post was posted by a netizen named @A Cat in Bali.
A Cat in Bali: [Isn't there many people who envied the Internet celebrity Jiang Yu? In less than half a year, her Taobao store has 4 crowns, nearly 10 million followers on Weibo, and has hot relations with many celebrities. Such a high-ranking history was too strange, isn't it? It wouldn’t be weird if the other party is a Miss from a wealthy family, but the other party is a person from a very ordinary family. I heard that she comes from a small county in a neighboring province. For such a person to be able to go so high in very short time, it has to be doubted. How did she become so popular? Is anyone coming to investigate?]
1st floor: I'm a fan of Jiang Yu’s Weibo and I don't think it's a hype. At the beginning, Jiang Yu became popular by slapping Chen Bixiang in the face. As we all know, Jiang Yu helped the police crack this major fraud case involving tens of millions of yuan. The police can't cheat, can they? As for the hype later, I don't know.
2nd Floor: Who is Jiang Yu?
3rd floor: Her clothes are not bad. I bought them once and the quality is very good.
...
771st Floor: I like Jiang Yu very much. In fact, I like this kind of academic tyrant. They belong to a 985 School, from the Fashion Design Department. It is not surprising that they are famous.
…
992nd Floor: Upstairs are ridiculous. There are so many people in Shen University’s Fashion Design Department, and she is not even the most outstanding. Why is she the only one who is popular? Not to mention hype! The face of some fans washing the floor is really ugly!
993rd Floor: What nonsense! With her skills and appearance, it would be even weirder if she is not famous! If you can, try to find another person that has the same skills and same beauty! The jealous faces of some people are so ugly!
994th Floor: Oh, I also know something about this matter. She was indeed nurtured. There were rumors about her being nurtured in the school before. Everyone in Shen University knows about this, and some netizens have photographed her entering expensive car.
Below this comment was a photo of Jiang Yu entering a blue sports car. 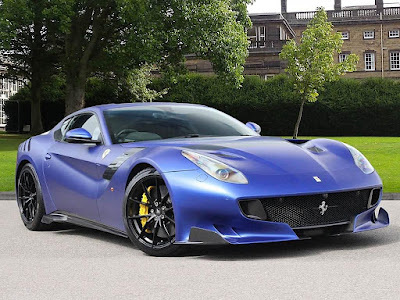 995th  Floor: Wow! Isn’t this car a limited edition? Some fans still want to whitewash? No matter how rich Jiang Yu is, how much can she make in just a few months? This car cost millions! You think she can afford it? Besides, this color looks like a man's car, so I won't believe it if she isn't nurtured.
996th Floor: I have already found out the owner of this car. The owner is an old man in his 60s. Jiang Yu, this time let us see how you clean this up!
Seeing this, Jiang Yu sighed from the bottom of her heart.
"What's wrong?" Gu Shenliu came over to ask when he saw that Jiang Yu’s expression was wrong.
Jiang Yu shrugged: "Some people said that I was nurtured and the owner's license plate number was an old man."
Gu Shenliu frowned and looked at Jiang Yu's mobile phone. The car posted in the post was the sports car he drove to pick up Jiang Yu a few days ago from her school!
"You really don't want me to clear this up with you?" Gu Shenliu asked in a deep voice.
"No need to!" Jiang Yu sneered. Since she transmigrated, some girls in her class always like to use this thing to put her down. It seemed that she had to completely block the mouths of these people! If she couldn’t block them, then she would just rip them apart!