"By the way, watch Yao Yiyi's live broadcast again." Bei Xiaoxiao opened the live broadcast app and saw Yao Yiyi dancing. She was twisting her waist, squeezing her chest, shaking her butt, biting her lip, and calling a group of men ‘baby’ with a sexual suggestion. A bunch of men rewarded her and asked her WeChat account.
"Turn off the video!" Jiang Yu looked away from the phone.
Bei Xiaoxiao hurriedly asked: "Jiang Yu, I think Yao Yiyi is doing this to compete with you. She used to think highly of herself and always bullied you, but now she feels that she can't compare to you, so she started to go this way. It's just that if it continues like this, she will be very dangerous.”
Jiang Yu sneered, without a trace of sympathy in her tone: "She's not a 3-year-old, she already decided what she wanted to do regardless of the consequences! Besides, I'm not a saint, so I can't sympathize for a woman who has been bullying and suppressing me all year long! In my opinion, if she had a right attitude, she wouldn't be like this at all."
"You're right, I just feel sorry to see her fall."
"It might be a fall in your opinion, but not in her opinion." After speaking, Jiang Yu stopped talking about this topic and continued to read her book.
…

The next day, as soon as Jiang Yu arrived in the classroom, she saw Yao Yiyi walking in with high heels. She hadn't seen Yao Yiyi in just half a month, but she was like a changed person. Not only was she very bold in her dressing style, she also wore heavy makeup and was covered in famous brands.
"Yiyi, is that bag new? It's so beautiful!" Wu Jiatian looked at Yao Yiyi's Chanel bag enviously.
Yao Yiyi glanced at Jiang Yu and hummed: "Yes! I made more than 50,000 yuan on the live broadcast last night! This bag was also given by fans. I checked it and it is a new release from Chanel!"
"Yiyi, you are amazing, your fans love you so much!"
"Of course!" Yao Yiyi was very proud. After speaking, she even raised the Cartier ring in her hand and lifted her chin proudly: "Some people don't think that they are very good. These days, no matter how much money woman make, it's useless. Women have to rely on men to live in this world. Look, the ring that my family Sun Jincheng gave me, it is filled with diamonds and cost nearly 80,000! He was really nice to me!"
After speaking, Yao Yiyi touched the pendant on her neck again: "This Cartier pendant costs nearly 40,000 yuan!"
Hearing this, everyone in the class looked at Yao Yiyi with envy. Although she was bold in her live broadcast, she was just wearing revealing clothes, right? After all, her boyfriend loved her so much. Thinking of this, everyone couldn't help but look at Jiang Yu again.
Although Jiang Yu was very famous now, she didn’t have a boyfriend. Even if she looked for it, she probably wouldn't be able to find someone who loved her as much as Sun Jincheng loved Yao Yiyi, right?
Jiang Yu's face was flat. She stood up with a smile on her lips. She was about to leave, but she saw Yao Yiyi leaning on her desk deliberately with her legs outstretched in the aisle. Jiang Yu couldn't get through at all.
Jiang Yu finally raised his head and looked at Yao Yiyi. Her eyes were fearless, and with her strong aura, Yao Yiyi couldn't help swallowing her saliva.
After a while, Yao Yiyi said coldly: "Jiang Yu, don't think that you are amazing! I tell you, I will get back every humiliation you gave me!"
"..."
Jiang Yu laughed at Yao Yiyi and she said seriously: "Yao Yiyi, I only thought you were selfish, indifferent, shameless, short-legged, ugly, poor taste in makeup skin, poor taste in clothing, and poor taste in men... I didn't expect you to have problems with your brain also. Do you have paranoia? Humiliation or something, how big are you?"
Yao Yiyi was furious when she heard Jiang Yu’s words. She just hated this kind of Jiang Yu, she was so articulate and could make people angry with just a word. Now Jiang Yu was a popular person in the class and even the whole school. Jiang Yu had been praised by the principal for solving many people's employment problems. Jiang Yu had brought all male students in the class to the crew and they were full of praise. Jiang Yu also had money, the bag she was wearing was tens of thousands! She even co-starred in a drama with Gu Shenliu! Yao Yiyi couldn’t see Jiang Yu like this, so she couldn't wait to pull Jiang Yu from a height and step on her with soles of her feet.
"You said that I have bad taste in men?" Yao Yiyi snorted coldly, rolled her eyes again, and said in a gloomy voice: "Jiang Yu, what qualifications do you have to say about me when you step on a man's shoulders! At least I have a man who wants me, do you?!"
The two were talking when suddenly Zhou Zhou walked in. He glanced at the two and said: "Jiang Yu, someone is looking for it outside." After he finished speaking, he added: "A man!"
"A man?" Yao Yiyi seemed to have suddenly caught the handle of Jiang Yu, she sneered: "You said that I don't have a good eye for men so you can bring your man for us to see! What? He can't see the light? Or, you dare not bring him to us because he is an old man?"
Wu Jiatian seemed to feel relieved by this. She added a sentence beside Yiyi: "Yiyi, have you forgotten? Gu Shenliu is also Jiang Yu’s rumored boyfriend now. She's so cheeky. She actually dragged Gu Shenliu to hype. It's as disgusting as a chewing gum that sticks to a shoe! I said, which female artist Gu Shenliu has worked with isn't better than her? Just her, but she really have the guts to hype!"
Jiang Yu breathed a long sigh of relief. To be honest, with such classmates, no matter how good campus life was, it was impossible for her to have a good impression on anything.

Suddenly, a tall figure appeared at the door.
Jiang Yu looked up and saw Gu Shenliu wearing a black double-breasted trench coat with a black sweater underneath, and stylish black casual leather shoes. He had a good temperament and was always a clothes hanger. Against the background of the plainly dressed male classmates, he looked very conspicuous.
Zhou Zhou and the others often deal with Gu Shenliu and were familiar with Gu Shenliu, so they asked with a smile: "Brother, come to find Jiang Yu?"
"Yeah." Gu Shenliu said quietly.
After speaking, Gu Shenliu didn't seem to see Yao Yiyi's embarrassment, and only said solemnly: "Jiang Yu."
"En?"
Gu Shenliu's eyes narrowed slightly. He picked up the pink lunch box in his hand expressionlessly and said, "Come and get your breakfast."
The word was like an underwater bomb! It made many waves in the class!
The scene went silent, no one spoke, all looked at Gu Shenliu with dull expressions, and even Bei Xiaoxiao didn't recover for a while.
Yao Yiyi gave in subconsciously.
Jiang Yu just took two steps but suddenly seemed to think of something, turned around, stared at Yao Yiyi, and said seriously: "Well, classmate Yiyi, I didn't want to say this, but I couldn't help it."
Yao Yiyi frowned and had a bad premonition. Really bad premonition.
"The Cartier love series pendants and rings you wear on your neck and hands are… 100% fake! You don't need 40,000 or 80,000 yuan, on Taobao, the high imitation is only 998 a set! Really, I'm not as good as you when it comes men, so I really envy you, your boyfriend treats you well by sending fakes!" After speaking, Jiang Yu left silently. 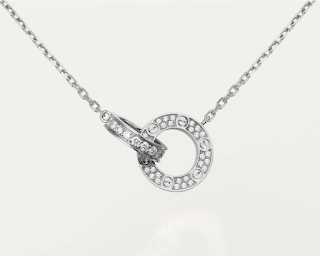 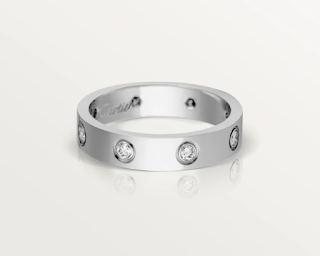 ...
On the other side, Gu Shenliu frowned. How could his girlfriend get pointed fingers from others like this? Also, that Cartier pendant and ring? Girls like this kind of thing these days? He couldn’t count how many sets were given by the brand sponsor for him, but he had never loved it, so it was piled up at home. He didn’t expect that someone would even consider it as a treasure.
Gu Shenliu thought, as Jiang Yu’s underground boyfriend, it's time to brush up on his presence!