When Jian Zhe saw the news, he felt unreal as if he was dreaming.
"Beast? Instant noodles?"
"Attack?"
"What?"
But looking at his geographic location, he still quickly opened the link in the message without hesitation, and sent his location to it. Although he couldn't help in the fight against the beast wave, if it's veterinary work... he could still do it.
The shelter was not far from the front line, and soon Jian Zhe heard the sound of the propeller outside. He also received a reminder in his light brain that an autopilot aircraft had been parked outside.
Jian Zhe gritted his teeth. As a promising young man, he immediately walked out of the shelter and responded to the troops’ request for help. However, as he watched the online news while on the way, he finally arrived at his destination.
"Intermediate veterinarian Jian Zhe?"
Soon uniformed officers came to check Jian Zhe identity.
"Yes."
"Come with me, you will listen to Doctor Li's instructions."
Jian Zhe walked quickly to a closed shed. Before entering, she smelled an animal stench unique to the veterinary hospital, mixed with the smell of water. When the soldier reported at the door, he finally saw Dr. Li who the soldier said.
"Veterinarian Jian? I see that you have dealt with amputations of large dogs in the past, and you have also participated in public welfare activities to rescue the great white whale."
In front of him, Dr. Li, who was wearing a white coat with a black military uniform inside, came out wearing blood-stained gloves. "I will need to omit the handshake." He was obviously too busy to take off his gloves, "Come in with me, I need you to assist me for suturing in the trauma team."
Jian Zhe just responded and saw that Dr. Li had hurriedly turned around and entered the shed. "There are not enough veterinarians now. You and Xiao Mei are partners."
Jian Zhe quickly followed, only to hear the last command, and then he was shocked by the sight in front of him.
Beasts... all beasts...
When Jian Zhen saw the shed from outside, he felt that there was at least a huge tent of 200 square meters. When he walked in, he found that the space inside was crowded. One by one, he saw beasts that could only be seen in textbooks, news reports, and beasts that he could only see after experiencing the beast wave this time. He was shocked until he almost buckled to the ground...
Wolves, tigers, foxes, bears, big birds...
Several of them seemed to smell Jian Zhe unfamiliar smell. They opened their fierce and indifferent animal pupils to look at him, and growled unpleasantly with their throats.

"Come in! What are you doing?!" Before Jian Zhe could digest what he saw, someone grabbed the back collar of his shirt, "Put on a white coat! Do you have any sewing supplies in your space? Alcohol is next to you, take it yourself! You start with this Iron Spine Cow and handle it one by one!"
A fast-paced, sharp female voice that was sharp like a sword brushed Jian Zhe's ear directly, and a coat that smelled of disinfectant was thrown on him. Jian Zhe was still stunned when he saw a short-haired young woman who had strode past him. The woman walked directly to the back and stopped in front of a beast, her hands was moving very quickly, and quickly, the beast tail that was half broken was sutured.
Jian Zhe swallowed and looked at the tail, which was thicker than the female veterinarian's waist... His eyes slowly moved upward, and saw a body with a length of three meters, no nearly four meters... It was a long-tailed crocodile with a pointed mouth! (TN: 3 – 4 meters approx 9 – 13 ft.)
This was a murderous beast that could easily bite off an adult's body!
Jian Zhe sucked in a breath of cold air, his legs felt a little soft. This was not the typical Level 3 and Level 4 tamed Beasts that he had practiced with when he was studying, this was a fierce wild beast!
The young female veterinarian didn't look up at Jian Zhe at all. The long-tailed crocodile's injury was obviously very serious at this moment. The sharp-billed crocodile hunts by its sharp teeth, its powerful body, and tyrannical tail. It bit the enemy and rolled over to cause fatal tearing damage. Now that its tail was badly broken, the injury almost killed its life.
"Xiao Qing, don't be afraid, it's alright. I'll sew it up for you right away, you can eat some beef jerky. Xiao Bei specially brought you these snacks, the rest of us don't have this enjoyment. Come on, relax your tail and put your head on my shoulder~" The female veterinarian patted the crocodile’s pointy mouth soothingly with one hand very familiarly...
Jian Zhe: "!"
The crocodile let out a whimper of pain, but quickly put its big head on the woman’s shoulder. There was a low groan from its throat, like a baby, it seemed to be greatly wronged.
"Don't be sad. That bad beast that bit your tail, Xiao Mei had asked everyone to avenge you. Ah, you want to take revenge for your own wounds? Do you want to bite off its neck? Okay, okay, once we healed the injury well, you will be a strong and handsome man again~"
"..."
Jian Zhe's head was full of black lines, but he finally didn't forget his mission here. He glanced at the Iron Spine Cow he had been assigned to. Almost its entire back was covered with blood oozing out. The wounds were small but many, and the most important wound was on the stomach, it was a long scratch. His professional ethics made him not care about anything else. The female veterinarian's cruelty towards him was in sharp contrast to her gentleness towards Beasts.
Jian Zhe quickly took out the suturing equipment in his space, and filled a large bottle of disinfectant and anesthesia. Just before he walked over, he was still a little worried. The Level 4 beast was not a puppy or a kitten. Although the crocodile acted like a milk cat now, but this Level 4 Iron Spine Cow was not familiar with him. This unfamiliarity could be a very likely reason that he would be kicked into the wall with the cow’s hooves when treating the injury.
Jian Zhe gritted his teeth and berated himself in his heart. If he was afraid, why did he sign up before? Come, don't be afraid! Even the female veterinarian is so brave!

Jian Zhe legs were weak, but he still walked over to the Iron Spine Cow. He held the suturing needle and thread in his hand, and put the alcohol bottle on the ground, "Let's talk, brother, I'll treat your injury, don't attack me."
Jian Zhe looked at death as if it was home, and reached out to touch the belly of the cow. However, before he could touch it, the iron spine cow in front of him snorted, as if it despised him to the extreme. Kneeling down with all four hooves to the side, it fell on its side, exposing the softest belly in front of Jian Zhe eyes with no defense value.
This... was this really a Level 4 beast? It behaved better than the second-hand dogs sent to his shop before!
Jian Zhe has the illusion that he had achieved the highest peak of veterinary medicine. That's right, veterinarian peaks. He was stitching an inhuman beast, stitching the fatal wounds in the vital parts! Even the most obedient dog he had ever treated, when it saw him with his scissors and needles, it would be so frightened that it lost control. It wouldn’t be able to recognize anyone and started biting and barking. However, the iron spine cow lying down at the moment behaved super nice.
Jian Zhe first checked the wound, put on anesthesia, sterilized with alcohol, and then sutured. The cow just laid down obediently the whole time, only when he gave the first injection of anesthesia that it hummed twice, its hoof wanted to kick him, but it managed to pull it back. It's super sensible and human-like!
"After the stitching, there are snacks corresponding to different types of beasts in the cabinet next to them. Remember to feed them. If the injury is particularly serious, they can be fed first to restore some of their physical strength." The female veterinarian ordered like a machine gun again.
However, this time Jian Zhe did not have any rejection. He was still immersed in 'why is this cow so obedient?', ‘will this big cow agree to go home with me?, 'If I have such a well-behaved cow, it would be…’ …in an infinite loop.
The snack cabinet was next to the alcohol disinfection cabinet.
Jian Zhe quickly got up and saw that each drawer had different name of beasts on it, and soon he found the one for iron spine cow. A cow, you couldn’t eat beef jerky, right?
This thought flashed through Jian Zhe's mind inexplicably, and he grinned. But when the drawer was opened, a fragrance flashed into his nose, and his smile froze on his lips.
"This, this is that cookie!?" Jian Zhe swallowed a big mouthful of saliva. This cookie was newly released last week. He was also going to queue up to buy, but he encountered a beast wave, so he didn't know if the stock in the store would still be there later.
Jian Zhe stretched out his hand and took out the cookie that had been dismantled in half, and saw the words "military" on it...
Military again!
Jian Zhe's mood was a little broken. There was also a small note on the package.
"At 2 o'clock in the afternoon, the iron spine cow will be given small snacks, three pieces of sesame seeds cookie." 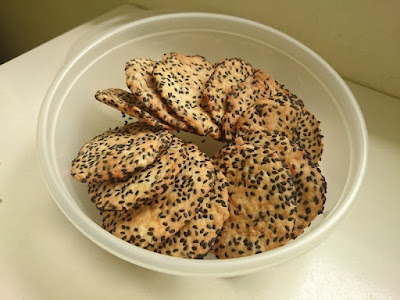 "Silver armored cow to be feed at three o'clock in the afternoon, ... four pieces."
Jian Zhe came back confused. He took three cookies that he had only seen on the live broadcast of little white rabbit. He put them expressionlessly beside the iron spine cow lying on the ground.
Bang bang bang, in an instant, even a cookie crumb did not exist. The huge and moist cow tongue licked Jian Zhe fingers at one point.
Jian Zhe :  …
What kind of military base was this? He regretted being unable to enroll to the military academy because of the five-point difference. Has he missed the world now? He was also a veterinarian, why was there so much difference?!
"Next, the two-headed snake. Let's treat one head each."
As soon as Jian Zhe stood up, he almost fell and kiss the ground.
"Double-headed snake? Isn't this the Beast King that led the beast wave?"
The young female veterinarian glanced at Jian Zhe and thought he was making a fuss. "You didn't watch the news? It has surrendered. Come here and stitch up the left side of its head."
Jian Zhe felt that after he went back, he could write 3,000 words essay about his thoughts today.
The world was crazy!
Surrender?
"Because of that instant noodles?"
"Don't talk, work hard! There are still many pets waiting to be treated! When the stitches are all done, and I have to go to help Dr. Li perform a surgery."
"……Oh okay."