[Leader of the First Army Regiment: Beast is also one of us.]
[Soldiers who fought side by side with beasts.]
[There are also good beasts in the world who have sacrificed their lives for us.]
On the third day that the military region called on veterinarians to volunteer, many news reports came out one after another. Many of the reports included video footage of real military pets helping to fend off attacks and even got serious injuries. However, even so, there were many voices of disapproval caught in the praise.
——Beast is a beast after all, and one day it will bite back!
——How many human are willing to give their lives for others, let alone beasts? After being seriously injured, the danger of death and the smell of blood will completely stimulate the beast.
——If there is no experiment, this is making a bet with the human life of the entire planet, betting that these beasts will be loyal to the end!
——I hope the voice of the taxpayer can be heard by the army, and don't make a fool of yourself? We just want to live! How did the beast wave form? Only by eliminating all the beasts can human beings be truly safe.
These opposition parties, the words could be said to be quite sharp and fierce.
When Liu Weiwei saw these comments, she was angry and sentimental. That night she hid in the bed and shed tears.
Xiao Hei had not fully recovered. According to Dr. Li, he was now out of danger, but it would be very difficult to resume walking or even flying. It required his strong willpower, persistent rehabilitation training time and again. Surgery would also be performed to gradually repair the ligaments and muscles that had been injured.
Xiao Hei had the choice to hide far away, just like Xiao Bai, who was greedy but afraid of death, enjoying the sun and eating food. But he was willing to rush to the front line, and even blocked the craziest wave of attacks with his own body. But his sacrifice was reprimanded by humans, and some people even hoped that he would die!
Liu Weiwei really felt sorry for Xiao Hei. The last time he attacked humans, he had deserved the serious injury he received, but what about this time?
Liu Weiwei couldn't fight against the people, and she couldn't change anyone's thoughts, so she could only hold the quilt and wipe her tears secretly at night.
Qin Mo reached out and touched Liu Weiwei’s forehead, "Even the greatest president can't change the minds of ignorant people. He can only use laws to regulate. At least after this incident, the world will never be the same again. Xiao Hei will be included in the list of dangerous beasts under key control, and Teacher is already applying to establish a medical fund for him."
Liu Weiwei sighed and rolled around into Qin Mo’s warm arms, "Xiao Bai has lost weight."

The chubby little boy had been sticking to him a lot these days. Jian Zhe had become a good friend with the little guy after sharing the snacks with his brothers. He always felt that the other party's chubby figure was direct results of these small snacks, so as a responsible adult he had to help him share some.
The chubby boy wanted to learn about veterinary medicine. Jian Zhe saw that the guard soldiers and the veterinarians didn't stop him, so he taught him while he was working. The two were in pairs every day.
But the little guy's question obviously made Jian Zhe not know how to answer.
"Their imagination is limited. Many adults are like this." Jian Zhe blushed a little. He also attacked the rumours about the food in the military region on the Internet before, but it turned out that he was too ignorant.
The little guy was obviously very unhappy, "Lack of imagination? Isn't there a video?"
Jian Zhe was speechless when asked, "Maybe it's because the news reporting time is relatively short, so it's not as impactful as what we see with our own eyes every day." To tell the truth, from the veterinarian's point of view, if he hadn't arrived at the scene, even he would have felt that the news was exaggerated.
But what Jian Zhe had seen with his own eyes in the past few days, not only him, but also the other veterinarians were so amazing. There was even a guy who was going to go back and use this method of training beasts on cats and dogs. He even asked Dr. Li to know how to tame these big beasts.
Jian Zhe sighed, "Xiao Bei, it's like Xiao Bai's live broadcast. We can just say that a rabbit can eat more than ten kilograms of food, and no one will believe it. But if you live broadcast it, everyone will see the whole process with their own eyes. Not only believe it, but will also think it's cute."
The little guy tilted his head and frowned for a long time before slowly raising his head, "Uncle, then... let's go to Uncle Lu tonight~ Let's make a live broadcast for everyone!"
"What?"
Jian Zhe didn't expect his words to make the little chubby guy come up with such a bold idea.
The most important was……
"No, it's too dangerous! If you are like this, I'm going to tell your mother to let her take you home."
"Uncle, do you still want to eat snacks? I still have raisins, five spiced beans, and small walnut... There will be no danger. Let's bring Xiao Bai~" 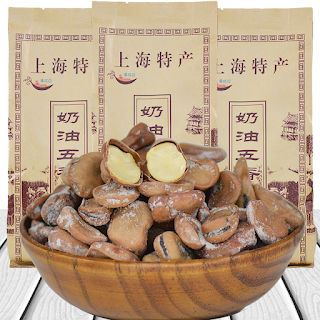 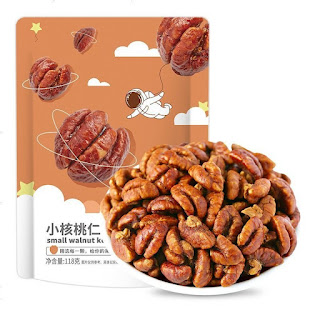 "..."
Jian Zhe didn't know what would be the use of bringing Xiao Bai with them, but he went with the brat in the end. It was not because of the temptation of snacks, absolutely not, but he firmly believes that Uncle Lu would definitely be able to stop the little brat!
Jian Zhe did all the calculations, but he didn't even calculate that Uncle Lu would be more unreliable than him. On the other side of the person's shoulder was a bright captain's rank, but he had a baby face.
"Xiao Bei, if your dad knew he would kill me."
"Uncle Lu, I brought Xiao Bai."
"Xiao Bai... um... Then you brought food too?"
"Well, my mom's snack cabinet is all in my space~"
"Uh, you are still amazing."
"Uncle Lu, I will give this to you, the milk chocolate that my mother secretly made for my father~"
"Yo, it tastes good~ Come with me!"
Jian Zhe: …
What was this captain, fake!