Gu Shenliu had always brought his own makeup artists into the crew. It’s not that he was very demanding, but he didn’t like heavy makeup. Makeup artists of the crew nowadays liked to draw men’s eyebrows very thick and even put on rose red lipstick. These things, Gu Shenliu didn't agree, so he just kept using his own.
The previous stylist was fired by Gao Jing and the studio changed into Xiao Gao. She was good, they did not expect when the weather became cold, Xiao Gao would often suffer from rhinitis. She then began to clamor for leave and rest. But now she suddenly asked for leave, where would Gao Jing find someone?
Gao Jing felt a headache, so he called Durres and said, "Old Du! Is there a makeup artist available on your side that can be used?"
Durres's photography studio also had a dedicated makeup staffs.
Who knew, Durres squeezed his nose and muttered: "No. By the way Gao Jing, what do you mean? You asked me for a makeup artist, where can I get a makeup artist for you?" After a pause, he smiled: "Did the both of us have water in our heads? Do we still need to look for other makeup artist? Isn't there a ready-made one already?"
Gao Jing's inspiration flashed and he suddenly shouted, "Jiang Yu? Whoops! Why did I forget that school girl?" He then excitedly pulled up Jiang Yu's phone number with his mobile phone. But he did not forget to ask Gu Shenliu: "Shenliu, I am thinking of calling school girl Jiang Yu, what do you think?"
Gu Shenliu casually said, "You decide."
"What kind of brains do you think I have? School girl Jiang Yu is so high-level, but I can actually forget her."
…
Jiang Yu received a call from Gao Jing at this time.
Gao Jing said as soon as Jiang Yu pick up the phone: "Sister, Shenliu’s makeup artist has asked for leave and I couldn't find a replacement this sudden. I know you have no class tomorrow, so can you come to help save brother?"
Jiang Yu paused before asking, "The crew does not have a makeup artist?"

"The filming is halfway through, so the makeup artist has filled her schedule with other actors. Also it’s not good to trouble people in last minute!"
Jiang Yu had arranged a fitting for Gu Shenliu tomorrow, so by the way, she could also help apply makeup. After thinking about it, she smiled lightly: "Okay, give me the address of the crew, should I go there tomorrow?"
"Tomorrow?" Gao Jing suddenly rolled his eyes and said with a smirk: "The crew is in the outskirts of the city. Tomorrow morning Shenliu will have to get up early to catch up with the filming. I'm afraid you will not have enough time. Why don't you come over now? I will prepare a hotel room for you?"
After having more employees, Jiang Yu was really not too busy, after thinking about it, she agreed: "Okay! I will go over now." She cleaned up briefly, packed some change of clothes, put her laptop on her bag, picked up her makeup case, and went to the crew.
Gu Shenliu's crew was in the suburbs of the city. It was during the evening rush hour so Jiang Yu spent a full hour in the taxi.
In the noisy crew, Gu Shenliu and actress Su Ye were acting. The director was sitting in front of the monitor watching. The lighting engineer and sound engineer were also busy on the side. There was not much difference from filming crew in Jiang Yu's previous life.
"Cut!" The director yelled, and the scene was over.
Jiang Yu walked in wearing the outfit she used to take pictures in the afternoon. She was 170 cm tall and slender, had outstanding temperament, and prosperous beauty. It was reasonable to say that she could rely on her face, but she had a cold temperament. Because of this people didn’t dare to approach her easily. But what’s more attractive was her outfit today. There were fewer and fewer people who dared to wear hair bands these years. Wearing hair band would expose a person head and face shape. Also, the shortcomings of the five senses would be magnified. 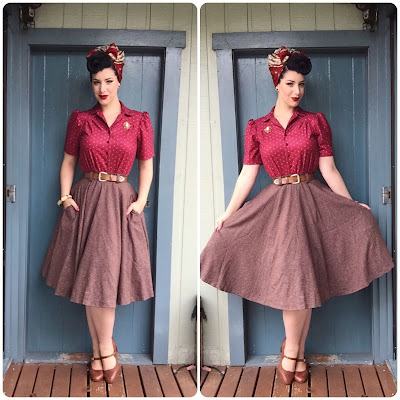 People loved to look at beauty with a magnifying glass, but they stared at Jiang Yu for a long time without finding any shortcomings in her facial features. Everyone was jealous in their hearts and couldn't help thinking that such borderline evil perfect person shouldn’t exist at all! The sage said that there was no perfect person, no perfect features, but the facial features of Jiang Yu were perfect!
Jiang Yu smiled with the corner of her mouth and glanced around the crowd. She was not awkward at all as if she was one of the members of the crew. When she stood in the crowd, everyone was staring at her.
Director Jiang glanced at Jiang Yu fleetingly and was about to look away, couldn't help but stared back at her face in surprise. After being a director for many years, he had seen many beautiful women, but he hadn't seen Jiang Yu’s kind of beauty in a long time. He knew what kind of face was photogenic and when he saw Jiang Yu, he couldn't help but glance at Su Ye who was playing with Gu Shenliu. Suddenly, he felt a little illusion. He always felt that the appearance and temperament of this movie queen was lost compared with Jiang Yu.
Jiang Yu's face was destined to be a protagonist in movies or dramas.
Director Jiang squinted his eyes and asked, "You are in this play?" He had seen several protagonists and even the supporting characters approached him, wanting to show a familiar face, but he had never seen this young and also beautiful girl. If he had ever seen her it was impossible not to remember.
Jiang Yu smiled, using a posture equal to that of the director, she was polite but also comprehensive: "Hello, Director Jiang, Gu Shenliu's makeup artist asked for leave. I'm here to replace her."
With this explanation, Director Jiang's eyes twitched. What? This person was not from the show business at all? His imagination had gone too far? What protagonist, the girl wasn’t even in the circle.
"Oh, Lao Gu's makeup artist?" Director Jiang and Gu Shenliu had a good friendship. At this time, Gu Shenliu walked off from the set, so he cheerfully said, "Shenliu, your makeup artist is here."
Gu Shenliu was startled. He then saw Jiang Yu standing in the crowd when he raised his eyes. She had a generous demeanor and didn’t show any timidity. Her standing there was more conspicuous than the leading actress. As expected of his person!
Gu Shenliu walked over and nodded towards Jiang Yu. "Let’s go?"
"En." Jiang Yu didn't talk to Gu Shenliu much. She didn't want people to think that they were close.
Director Jiang glanced at the two and then suddenly laughed: "Old Gu, if I didn’t ask beforehand, I would have thought it was your girlfriend who came to visit!"
Everyone knew that Gu Shenliu cherishes his friends, and only because of this Director Jiang could make this joke.
Jiang Yu said nothing.
After hearing this, Gu Shenliu curled his lips slightly: "You are thinking too much."

Director Jiang looked at Jiang Yu's face again and suddenly said, "Why do I find this girl a little familiar?"
Gao Jing walked over and said with a smirk: "Old Jiang, don't you know that our school girl is famous! Su Mang’s red carpet dress was designed by this school girl here. And she is only 20 years old! How ? Young and promising, right?"
After hearing this, Director Jiang couldn't help being surprised. No wonder he felt familiar with Jiang Yu. When the media reported on Su Mang, he also saw photos of Jiang Yu on the side. Before, Jiang Yu was also trending frequently. When he went to Weibo occasionally, he always saw this girl. He thought she was an ordinary Internet celebrity, but he didn't expect her to be so powerful.
Director Jiang looked at Jiang Yu with some appreciation in his eyes. He smiled and said, "Shen University really has many talents. Gu Shenliu is in front and now Jiang Yu is in the back!"
These words were highly appreciative and everyone understands Director Jiang's attitude towards Jiang Yu.
Who knew, Director Jiang said in the next sentence: "I think your face is very suitable and photogenic, how about this? Would you like to have a cameo in my play?"
These words provoked a thousand layers of waves!
There were many people involved in this big movie starring Gu Shenliu and Movie Queen Su Ye. It had nearly 20 large and small supporting roles. The target was box office hit next year. Director Jiang had been preparing for many years, and it was not until everything was done that he started shooting. After such pre-filming work, not everyone could come even for guest appearances. The people who could come here were using all their companies effort to squeeze in.
Everyone felt that the ancestor of Jiang Yu must have done many merit. When thinking that Jiang Yu should be grateful for this opportunity to become popular, the people heard Jiang Yu smiled and said:
"Director Jiang, I don't know how to act. I'm afraid that your play will be ruined, so let's forget it!"
Everyone’s jaw fell...
In this era when actresses go to Cannes just to take photos, not even be able to walk on the red carpet but still used the subject to make dozens of headlines all over the country. Did Jiang Yu know what she refused? Big chance!
He didn’t know why. After hearing these words, Director Jiang admired Jiang Yu even more. He laughed and said, "Then I won't force you."
"Let's go!" Gu Shenliu suddenly said, looking lazy: "I will take you to the dressing room."
Most of people in the circle knew about Jiang Yu because of her fight with Fu Ting. When she was blocked by Fu Ting, everyone guessed that Jiang Yu was going to be in deep trouble. But, without them knowing, the wind reversed in less than a day. Fu Ting was hunted down by netizens while most people in the circle and knew that Fu Ting had kicked the iron plate this time.