At the same time, Huang Xiang on the other side also recounted his experience.
At this time, Qin Chong asked Jiang Yu and Gu Shenliu: "Do you think it is difficult to reform Ya Ya?"
Gu Shenliu thought for a while and said in deep thought, "I believe in Jiang Yu."
"Ouch!" Qin Chong smiled ambiguously.
After being named and praised, Jiang Yu smiled, "Then I have to do my best not to disappoint everyone!"
After saying these words, Jiang Yu suddenly reduced her smile. With a serious expression, she opened the clothing and fabrics prepared by the show crew. Then, she began to help Ya Ya make styling.
From the fabric prepared by the program group, Jiang Yu selected a white cotton cloth suitable for t-shirts. This fabric was not too thick. The unique texture of the fabric would give the clothes a loose feeling and create an illusion of the wearer being thinner.
Then Jiang Yu picked out a dark black rose printed fabric and said to Gu Shenliu: "You said Ya Ya is not suitable for wearing skirts?"
Variety shows needed effects, so Gu Shenliu nodded and said, "Yes! I think Ya Ya should avoid wearing skirts."
He answered the words very well, but Jiang Yu smiled to the camera: "Many people think that girls with bigger size shouldn't wear skirts, they think that this will make them look fatter. In fact, this is a misunderstanding. Now, everyone will know what I do! "
The program group stipulated that the clothes should be finished within 30 minutes. Therefore, Jiang Yu did not dare to delay at all. She measured Ya Ya’s size and quickly took out her scissors to cut the fabric.
"Jiang Yu, are you planning to make a skirt?" Qin Chong asked incredulously.
"Yes! I think girls of all sizes should have the right to pursue beauty!" Jiang Yu was confident.
Qin Chong: "Then we look forward to your performance!"
When the show was filmed, off-camera staffs couldn't help but turn their eyes to Jiang Yu. Even Gao Jing stared at her nervously on the screen. He was waiting for Jiang Yu to make changes to Ya Ya.
Producer Chen nodded with satisfaction. If a show wanted to attract the audience, it had to first attract its own staffs first. And all the staffs on the scene were obviously attracted by Jiang Yu! Good!
Originally, he was worried that the stylist Gu Shenliu brought would not work, but he didn't expect that Gu Shenliu would bring Jiang Yu. This was already enough to stir up enthusiasm.

Obviously, between the two amateur guests, everyone wanted to see the change of the girl named Ya Ya more. But at the same time, Producer Chen couldn’t help worrying about Jiang Yu. After all, if Jiang Yu’s style could not bring great contrast after all the expectations, it would greatly disappoint the audience. They would also doubt Jiang Yu’s ability.
And could Jiang Yu really do it well? Thinking of this, Producer Chen's heart couldn't help but tremble!
He looked at the Ya Ya in front of him. Ya Ya was only 160, but she also weighted 160 jin. Her skeleton was small, so her body and face looked fleshy, causing her facial features to be blurred. Her eyes looked swollen, the shape of her nose collapsed, and she also had thick lips. Although her natural features were not too flawed, but because her face was completely wrapped in meat, no features ended up visible at all. In addition, she also had many acne scars on her face…
Chen Zhizhu looked at Jiang Yu again. The 20-year-old girl in front of him was a fledgling girl. Could she really change Ya Ya? He knew the difficulty of transforming Ya Ya, even a well-known stylist might not be able to do it well!
Everyone stared at Jiang Yu with the same doubts.
In the meantime, Jiang Yu bended down earnestly. She drew lines on the fabric with chalk, cut it, took the fabric to the sewing machine, and started sewing quickly. After 10 minutes, Jiang Yu had already made one t-shirt and the skirt also seemed to be half done.
Twenty minutes later, Jiang Yu's skirt and T-shirt had been made simply. She could pin it with some safety pins in places where it didn’t fit well.
Next, Jiang Yu picked a black sweater from the clothes prepared by the program group. In this way, the clothes made by Jiang Yu for Ya Ya were ready!
The camera gave a close-up of the clothes.
Looking at these beautiful clothes in front of her, Ya Ya asked with inferiority: "I haven't worn skirts for many years. Beautiful clothes seem like a luxury to me. Can I really wear them?"
"Sure!" Jiang Yu answered affirmatively.
Time was running out, so Jiang Yu opened the makeup tools prepared by the program group with a serious expression and then began to help Ya Ya with makeup.
"I'll help you!" Gu Shenliu walked over and worked with Jiang Yu.
"Thank you." Jiang Yu was not polite. After she gave Ya Ya a simple cleansing, she took out some products and put Ya Ya's face on the camera. Jiang Yu explained: "Ya Ya’s skin will look strange if we use foundation directly. It is recommended to moisturize and apply primer before liquid foundation."
After that, Jiang Yu helped Ya Ya with liquid foundation, concealer, and last makeup. Finally Jiang Yu said again: "Contour and highlight."
Gu Shenliu quickly found out highlight and contouring products from the pile of for Jiang Yu.
Jiang Yu quickly helped Ya Ya trim and highlight her face with her own methods. In fact, for girls that felt not confident with their facial shapes, contouring was a very important part. 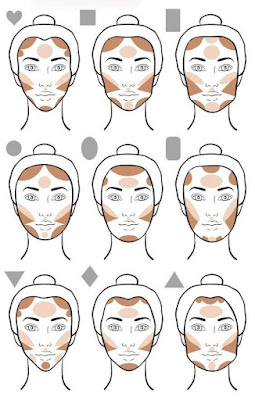 After Jiang Yu meticulously helped Ya Ya to contour her face and put on some highlights, the staffs on the sidelines were all taken aback. They found that under Jiang Yu's wonderful hand, Ya Ya had completely changed her appearance.
After that, Jiang Yu said again: "False eyelashes!"
Gu Shenliu quickly found some for Jiang Yu.
"Blush."
Pass.
"No. 12 pink lipstick!" Jiang Yu said.
At this time, the time had entered a countdown. There was only 30 seconds left.
Gu Shenliu had been searching for a long time, how could he know which pink lipstick was No. 12? Finally, he held a thing that looked like lipstick and passed it up to Jiang Yu.
Jiang Yu looked at the item, sighed, and said: "Brother, I want a lipstick! No. 12 pink lipstick! Why would you give me a concealer pen?"
"Hahaha…"
Everyone laughed. After all, watching a cold and serious Gu Shenliu looking for lipstick seriously, it was really funny! Besides, only Jiang Yu would dare to make a joke to Gu Shenliu like this, right?
Gu Shenliu was not annoyed by this, he just enjoyed it. He looked for the lipstick again with a smile and finally handed it to Jiang Yu.
This time, Jiang Yu didn't freak out. She just picked up the lipstick and used a lip brush to put some on Ya Ya.
…
Finally, the bell rang.
Jiang Yu and Peng Peng both finished their styling.
At this time, the program group blocked the two amateurs with curtains.
Sun Mengmeng came over and asked, "Teacher Gu, what do you think of Jiang Yu's styling?"
"Perfect!"
"Wow, so confident? Then can you describe the transformed girl in simple words."
Gu Shenliu thought for a moment and then said in a deep voice, "It’s two different people!"
This description made the off-camera staffs couldn’t help being curious. Although they saw the makeup process just now, they couldn’t really look at it clearly from a distance. Besides, the girl just now didn’t wear the clothes made by Jiang Yu yet. They were really curious, how exactly had Jiang Yu transformed Ya Ya into?
Everyone looked into the stage impatiently. The director even wanted to raise his placard to ask the hosts to let Ya Ya come out and announce the results of the transformation sooner.
However, Huang Xiang from Su Ye team was shown first. Peng Peng made a good look for Huang Xiang. He transformed Huang Xiang into a gentleman in a suit and vest.
Although the changes were great, Jiang Yu felt that Huang Xiang was not suitable for wearing this kind of clothes. Because this kind of clothes would reveal the wearer body shapes clearly, Huang Xiang's short neck, coupled with the fact that Huang Xiang was very big, made his overall proportions very uncoordinated. But she would definitely not say such things in person.

Everyone on the scene clapped their hands and exclaimed, saying that Peng Peng had transformed the man well! In such an atmosphere, even if the audience felt bad, they would just wonder if they were expecting too much.
However, Huang Xiang's transformation was indeed not so shocking after all, because at this moment, Sun Mengmeng came to the curtain of Ya Ya, and she shouted excitedly:
"Now, we are going to see the styling made by Mr. Gu Shenliu and Ms. Jiang Yu. Brothers and sisters, together for the unconfident Miss Ya Ya, who weighs 160 catties but only 160 in height! Jiang Yu, the founder of Out of Bath and Su Ye Makeup, personally made clothes and makeup for Ya Ya, now let us witness the miracle together!"
Under the expectation of everyone, the unconfident girl lowered her head and walked out of the curtain shyly.
Ya Ya hadn't worn a skirt for more than ten years, but now her thighs were exposed for the first time. She was afraid that everyone would laugh at her, so she kept her eyes on her thick thighs. She was thinking, ‘how could a stylist design such clothes for her? Fat girls like her do not have the right to wear skirts at all.’ Wearing skirts would only make them look like a bucket and would just attract ridicule from passers-by.
Thinking of this, Ya Ya was even less confident. She nervously clutched a corner of her skirt, stepped on the high heels on her feet, and walked slowly to the middle of the stage.
At this moment, everyone saw the girl on the stage. When they saw Ya Ya in front of them, they were all stunned.