If Jiang Yu and her employees were tired, then a courier was the one who was more tired than them on Double Eleven.
Zhao Xiaodong was a courier on Lu Yuan Community’s street. Two months ago, he just transferred to the current courier company. He was still a newcomer who had no resources on hand. Zhao Xiaodong came from a rural area in a neighboring province, just like most other courier brothers. Similarly, he had low academic qualifications. After graduating from high school, he came out to work. Over the years, he wanted to save some money to buy a house in his hometown. Unfortunately, the wages for the work he did were not high and he didn't have much money left to save after living expenses.
Zhao Xiaodong talked to a girlfriend last year. The girlfriend urged her to get married and asked him to buy a house. The house in his hometown was cheap, only around 400,000 yuan and the down payment was 90,000. Zhao Xiaodong and his family had collected 50,000 together, but there was still 40,000 left. He was worrying about this. He read on the news that the second half of the year was peak period of express delivery. Especially on Double Eleven, express delivery would get highest demand and as a result, the commission for the courier would be much higher. Thinking of this, Zhao Xiaodong gritted his teeth and resigned to become a courier.
Being a courier was very hard. Despite wind or rains, Zhao Xiaodong had to deliver packages. When the recipient was not available, it could take several days to deliver a single package. However, after more than a month, he was a little frustrated because he found himself without any contacts. Most of local Taobao merchants were eaten by senior couriers already. He couldn't make money with retail investors alone.
Zhao Xiaodong remembered when it rained heavily one day, he sent a package to Lu Yuan Community. The recipient was a girl named Jiang Yu which he thought was a strange name. He found on the package it showed the thing being sent was a piece of clothing, and he was afraid that it would get, so he put his raincoat over the package and gave it to Jiang Yu.
It was at this time that Jiang Yu saw Zhao Xiaodong for the first time. She originally thought that her clothes would be wet, but she didn't expect that package in her hand were still very dry, but Zhao Xiaodong himself was soaking wet. Because of this, Jiang Yu was moved by the simple courier brother.
Jiang Yu took the package with a faint smile. At that time, it would be the first time that her store goods need to be delivered by herself. Before that, the factory had been handling the deliveries. So she happened to need a courier to pick the packages up.
Thinking of this, Jiang Yu smiled and said to Zhao Xiaodong: "Your company has a discount for Taobao merchants, right? What is the price?"
"The discount is based on the number." Zhao Xiaodong explained. Was this beautiful little girl also doing Taobao?
Jiang Yu smiled and said, "Ok then, you can give me some forms."

At the same time, the building that Jiang Yu rented on Huajian Road was undergoing emergency renovation. She communicated with the interior designer several times and told her ideas. The interior designer was also capable, several times during the period, he changed the design draft and showed it to Jiang Yu. After Jiang Yu was satisfied, the work began. It was estimated that even if it could be finished this year, she wouldn’t move in until next year.
By mid-November, the weather got colder. After a heavy rain, it was cold outside and the lack of sun showed that winter was coming. Even at noon, when sun still shined on people, it felt a bit lonely.
Jiang Yu came out from her home and took a taxi to go to school. During this time, she seldom came to school because she was busy with the store. Fortunately, her teacher didn't embarrass her too much. As long as Jiang Yu turned in homework on time, she would keep one eye open about her attendance.
On this day, as soon as Jiang Yu walked into the gate of the school, she heard a few students' discussions.
"Is that Senior Sister Jiang Yu?"
"Yeah! She's so amazing! Have you watched the news? Her store was on local news!"
"Yes, it's amazing at a young age!"
"You think that she and Gu Shenliu are true?"
Jiang Yu pretended not to hear and went straight to the classroom. As soon as she walked into the classroom, she saw her companion Zhou Zhou coming over.
Zhou Zhou asked: "Jiang Yu, can you lend me your homework?"
"Okay." Jiang Yu handed him a few books. Unlike other colleges and departments, the school of fashion often had homework that needed student to give detailed procedures, so it was usually bounded into books.
As it was a university, there was little time for class, but the homework after class was not easy.
"By the way, have you signed up for the Youth Design Competition?"
"Design Competition?" Jiang Yu was puzzled, "When is this?"
"We were notified before the National Day holiday, Yao Yiyi was responsible for notifying the registered students, what happened? She didn't tell you?"
Seeing Jiang Yu’s ignorant look, Zhou Zhou recalled that Yao Yiyi and Jiang Yu were not in good relation, and the other girls in the class did not dare to offend Yao Yiyi. Therefore, all the girls in the class concealed the information from Jiang Yu, causing her to have no idea about the sign up deadline.
"Bei Xiaoxiao didn't tell you?"
At this time, Bei Xiaoxiao raised her head from her homework and patted her head. She said: "I helped you for Double Eleven recently, I also forgot to sign up!"
Jiang Yu stared at Bei Xiaoxiao for a moment and smiled: "What is the origin of this competition?"
Zhou Zhou said: "Jiang Yu, you don't even know this? I heard that this competition is organized by the Fashion Association. It is very formal and then it will be broadcast live on TV. The champions of previous years have become famous designers in the circle and were fought by many major brands. Some people even opened their own studios."
Fashion designers work looked glamorous, but it’s hard to get ahead. Many people had worked as fashion design assistants for many years and had been in the industry for many years but had never achieved success. The dream of being world famous designer never seemed to be a path that was open for these young people. As the path was not open, many fashion college students started to find a way out during school, and participating in this type of design competition was the best choice!
After a pause, Zhou Zhou glanced at Yao Yiyi and said, "Go and ask Yao Yiyi check when the registration ends."
Teacher Zhou, who teaches graphics, suggested that everyone participate in this competition just because the competition would be broadcast on TV. The whole class can sign up together, and because this competition involved two categories, team competitions and individual competitions, teacher Zhou asked Yao Yiyi to sign up everyone together.
After hearing this, Bei Xiaoxiao came to Yao Yiyi and asked: "Yao Yiyi, is the registration for the designer competition closed already?"
Yao Yiyi rolled her eyes, "Why are you asking me this?"
"I forgot to sign up. Jiang Yu didn't sign up either."
Yao Yiyi glanced at Jiang Yu, suddenly raised the corners of her lips, and sneered: "Registration? I'm sorry, the registration is closed long ago. But don't worry, Bei Xiaoxiao, I am a kind-hearted person, so I have signed up for you. In fact, I have reported all the names of the whole class except Jiang Yu…"
Jiang Yu frowned when she heard this. She packed her things with her complexion unchanged: "Forget it. I just won’t participate then!"
"That's right!" Yao Yiyi didn't let Jiang Yu go. She said in a weird manner: "People who can earn millions by starting a live broadcast shouldn’t join. I don't know where you get the contacts to actually design clothes for Su Mang and Su Ye. Let’s say, everyone is a college student, why did you have so many channels? How can you, a poor student from the countryside, get the money to do Taobao? You also become so big, but dare to say that no one is behind helping you? Maybe that saying is correct, climbing up on the shoulders of a man is the fastest way for a woman to soar! Jiang Yu is now backed by someone, what’s the need for you to sign up in a small design competition like this!"
Jiang Yu's face was cold, but she didn't make a sound. 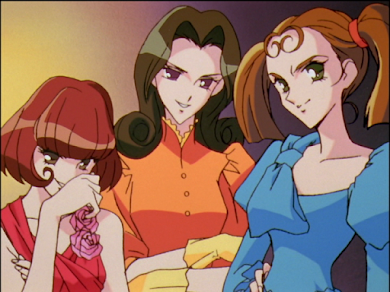 Yao Yiyi glanced at Jiang Yu and became even more arrogant: "Furthermore, everyone knows how your previous design works were. Don’t forget, Jiang Yu barely passed several courses last semester. I don’t need to say how bad her design drawings were. She is like this, so can she design clothes for celebrities? Are those celebrities fools?"
Yao Yiyi was full of jealousy, facing everyone, her voice grew louder and louder: "How does a person who can't even draw acceptable design drawings make beautiful clothes? If you say that your design are not plagiarizing, then I can only estimate that the gold master behind you spent money to let others design the clothes and put that under your name!"
It was really terrible to come to this point. During this period of time, the two did not say a word. But just by asking about the clothing competition, Yao Yiyi was actually able to say such a thing about Jiang Yu.
Jiang Yu knew how bad people's hearts were. She looked at Yao Yiyi's expression and knew that the other party was full of jealousy. And because of the natural cautious thinking among the girls, Yao Yiyi would discredit her and judge her for being nurtured by a gold master to be able to achieve what she did.
Jiang Yu didn’t actually care, but if this matter was let passed by, she would have the label as a nurtured girl. In this way, her reputation and innocence would be ruined.