After rebirth, Jiang Yu never went out in the middle of the night. But after working overtime in her previous life, she often had supper with her staffs. At this time, the supper street was busy, so there was no need to worry about what to eat.
Before going out, Jiang Yu looked at herself in the mirror. Although she didn't apply any makeup, she looked good just because she was young. With her careful maintenance recently, the condition of her skin was very good. She squeezed her cheek and it felt very tight. It looked supple and full of collagen. With this kind of skin, why would she need foundation?
As a stylist, Jiang Yu was used to apply make-up before going out, but she felt that it would be too deliberate to go out in the middle of the night with makeup on. After thinking a little bit, she took out YSL black tube lip glaze and applied it to her lips. Now she felt much better. 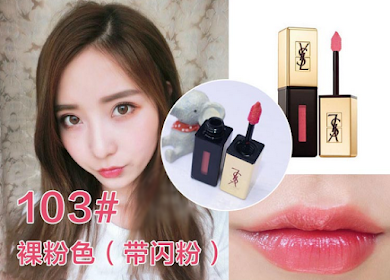 While waiting for Gu Shenliu, Jiang simply posted a Weibo:
[YSL black tube mirror lip glaze. Unique syrupy texture, different from other lip gloss! No. 103 color, the coating effects are very good, I recommend it to everyone!]
Jiang Yu also attached a selfie of herself. In the picture, her lips shimmered slightly, and the bright pink color was very attractive. As soon as she posted this Weibo, she saw many fans yelling:
——You haven't slept so late? You are also a night owl?
——DaDa, what are you doing applying lip glaze in the middle of the night? This is the rhythm of going on a date. As we all know, 103 is known as the upgraded version of No. 12 man killer color. Then, the question is, who do you want to kill? 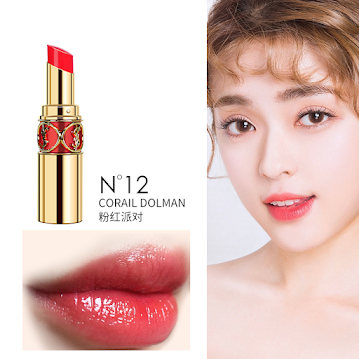 ——When I read upstairs, I suddenly felt that I was a little naive! Isn't it just a lip glaze? You all think so deeply?
——It won't work if you don't go deep! Recently, Gu Shenliu has something wrong, Jiang Yu suddenly posted a lip glaze Weibo. Now, in this is the middle of the night, I just want to know where Gu Shenliu is at?
——You all have the potential to be detectives.
At this time, Gu Shenliu called: "I'm waiting for you downstairs."
Jiang Yu wore an ankle-length knitted sweater jacket with a simple T-shirt and black skinny jeans. She carried her newly bought MANUAtelier black medicine bag. Although this bag was cheap, it was very suitable for casual dressing. It was very easy to mix match with clothes. 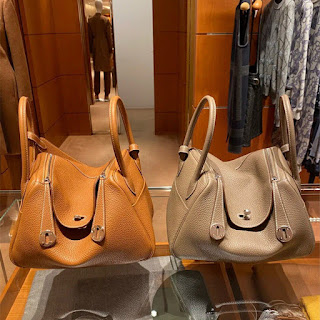 When Jiang Yu went downstairs, she saw Gu Shenliu standing at the door in dark casual clothes. In the middle of the night, almost no one was around in the community. Gu Shenliu stood there with his back facing the door, standing there in particularly conspicuous way. Hearing the sound, Gu Shenliu turned around and stared at her in the deep darkness.
In the middle of the night, the wind felt a little cold, but Jiang Yu felt an inexplicable hotness in her heart. It was not until this meeting where she saw Gu Shenliu herself that she thought with hindsight. What was she thinking when she agreed to go out with an adult man in the middle of the night?
"Is it cold?" Gu Shenliu asked.
"No, it's okay."
"Let's go then!" Gu Shenliu opened the car door smoothly.
When both of them sat down, Gu Shenliu suddenly hover closely over her. Jiang Yu took a deep breath, but only saw him lower his head to help her fasten her seat belt.
Jiang Yu breathed smoothly now.
On the side, Gu Shenliu curled his lips and smiled: "What do you want to eat?"
Jiang Yu's eyebrows were smiling, and her words were gentle: "You help me repost Weibo but I have not had time to thank you, so I will treat you to this meal, what do you want to eat?"
"I invited you for this meal. If you want to thank me for forwarding Weibo, you can do it next time."
Jiang Yu was not too polite. She thought about what to eat and said, "In the middle of the night, go eat barbecue?"
"Then let's have a barbecue!" As he said this, Gu Shenliu made a call to determine the location.
...

Before leaving, Jiang Yu asked Gao Chen to pack some barbecue to take back for the employees to eat. By the time they reached the gate of the community, it was almost two o'clock in the morning.
In the middle of the night, Gu Shenliu put his coat on Jiang Yu. As the car stopped at the gate, he carried the take away box and sent her upstairs.
The employees were staying up late to start packing the goods. They couldn't help but look up at the sound of the elevator from a distance. The two houses on this floor were all rented by Jiang Yu. At this point in time, did Jiang Yu come back?
The customer service Miao Miao stared at the elevator for a while. Soon, a tall and thin beautiful woman walked out of the elevator. Seeing the temperament, she must be Jiang Yu. But at this moment, a tall man also walked out of the elevator. The man was so handsome, like he just walked out of the cover of a fashion magazine.
The man made Miao Miao couldn't move her eyes at all. Wait, she looked closely, this man looked familiar! He looked like an actor in that TV series...
Miao Miao suspected that she was dazzled. She couldn't help but smash the other customer service Zou Xiaoyu on the side.
"Miao Miao, why are you hitting me?"
"Xiao Yu, look quickly... Isn't that person Gu Shenliu?" Miao Miao asked incredulously.
"What Gu Shenliu! You watch too many TV series..." Zou Xiaoyu's words were rolling on the tip of her tongue as Jiang Yu came in wearing a man's coat, and the man next to her...
"Gu Shenliu!!! Ah Ah Ah!" Zou Xiaoyu was a loyal fan of Gu Shenliu, so she had a good relation with Bei Xiaoxiao. She shouted upon seeing him: "Miao Miao, you pinch me! Pinch me! I'm not mistaken, right? President Jiang and Gu Shenliu..."
"Oh my god! The world is a fantasy! For President Jiang to be so beautiful and talented but also get someone like Gu Shenliu. Do you also think that maybe President Jiang saved the universe in her previous life?" All the customer service teams gathered together.
Jiang Yu walked over and said generously to everyone: "Mr. Gu treats you to have a barbecue!"
"..." The fantasy in afantasy!
Jiang Yu was right. Although she said it would be her treat, Gu Shenliu ended up paying the bill.
Zou Xiaoyu was so excited that she couldn't help herself. She took the take away box that Gu Shenliu handed over with trembling hands, and couldn't help asking: "Mr. Gu can you give me a signature?"
Jiang Yu laughed, but Gu Shenliu calmly nodded, "Do you have a pen?"
"Yes!" Zou Xiaoyu quickly took a pen and covered her mouth excitedly: "I can actually see Gu Shenliu in person within my lifetime!"
Gu Shenliu finished the signing soon and he smiled, ignoring the customer service like they were background board. He said to Jiang Yu, "Are you free this weekend?"
"En?"
Gu Shenliu said solemnly: "I'll pick you up."
"..." Hey! Did she ever agree?
However, Gu Shenliu had already entered the elevator. He did not give Jiang Yu a chance to regain her senses.
...
When Gu Shenliu left, everyone looked at Jiang Yu with a pair of envious eyes.
Xiao Yu was so excited that she said hurriedly:"President Jiang, you have such a good life! You have talent, beauty, and money, but now there is also such a good man! God is too unfair!"
"I think too much." Jiang Yu entered the door of the company with a smile: "Mr. Gu and I are just friends."
"Yes, it's just a friend. A boyfriend is also a friend!" Zou Xiaoyu winked.
Because Jiang Yu was younger than them, although the customer services staffs respected Jiang Yu, they often made jokes with her.
Jiang Yu shook her head helplessly: "You guys really thought about it a lot." After she finished speaking, she exhorted: "Don't tell anyone about this. I don't want to cause trouble to Mr. Gu." There was a pause, "Also don't say this to Xiaoxiao yet."
"Okay!" The customer service staffs agreed and went to eat supper with a smile.