Because of his curiosity, Saibandes quickly pulled Anna, who was still holding her roujiamo, and squeezed into the lively stall. This stall was the most popular within 50 meters distance and there were many cheering sound. When they got closer, they saw that everyone was surrounding a large water tank.
In the tank were cute and dexterous little goldfishes. They wandered in the water carefreely, however, metal round pockets kept chasing them, ruining the peacefulness.
"Ah? What are you doing? How can such a cute little goldfish be eaten?" Saibandes glared, "This hasn't grown up yet, can it be eaten? It will only be full of bones."
Anna was holding her roujiamo. She turned her head and ignored Saibandes. "This is an ornamental fish. Just eat, eat, eat, how can eating be the only thing inside your head!" She almost suspected that after a few weeks of living in the military district, Saibandes now had water in his head.
"Ornamental?" Saibandes touched his nose, "Oh, it indeed looks like the fish you bought me and put in the tank."
When they were talking, the shouts of people next to them were getting louder and louder.
"Ah! Catch it, Liu Qiangwei, hurry up! Don't let it run away, 20 coupons."
"Hey, you failed again. There is only one last chance left. Work hard, use your aura to overwhelm it!"
"Yes, right, right, stared at it with you murderous eyes. That's what Major Mu Ming did just now. He scared it!"
Saibandes was about to leave when he heard his brother's name. When he found that he couldn’t eat the goldfish, he originally wanted to leave, but now he stopped and looked at the banner hanging on the wall next to him.
[Five coupons in exchange for five goldfish fishing opportunities.]
[If you pick up a goldfish, you will be rewarded with 20 coupons and the goldfish you caught can be taken away for breeding.]
Saibandes raised his eyebrows. If he successfully got the fish on every try, he could buy ten more roujiamo with the one hundred coupons reward! The cost was only five coupons, hiss… good opportunity to make a profit! Earn food!

The local tyrant Saibandes who previously only thought in terms of millions and billions unknowingly changed his thinking unit into roujiamo. Moreover, when he thought this way, he felt much happier. "Dear Anna, please give me some coupons. I'm going to fish the goldfish. Ah, do you also want me to fish for you?"
Anna rolled her eyes, took out some coupons and gave them to Saibandes. She then said just like coaxing a kid, "Go and play. You just have to be happy."
Saibandes went happily.
Fishing for goldfish was not that simple. The original paper net was removed directly by the logistics office. Everyone was holding only an iron wire ring and desperately move it in the water. They couldn't hurt the goldfish, otherwise they would be fined. A group of big men with rough hands and feet yelled at the back.
Saibandes squeezed in, and suddenly found a chubby wolf head next to him. The icy blue wolf eyes met his blue eyes for a few seconds before Saibandes took a breath, "Beast?!" But soon, the robot on the stall stretched out its robotic arm towards the glacier wolf beside him and handed it a wire loop.
"F*ck! He Junliang, are you serious?"
"Isn’t this too insidious? What do you mean by letting the wolf king go?"
"Hehe, do you think you will succeed? Too naïve… If it kills the fish accidentally, you have to pay the fines!"
Saibandes did not understand, but soon saw the steel ring that had failed many people being bitten by the glacier wolf. It was squatting like a husky beside the tank. It then pressed it into the water tank with a chuckle.
The coercion of Level 4 beast was not something ordinary animals could withstand. Even the goldfish with no brain capacity felt the murderous aura! The wolf was standing in the upper circle of the food chain, so there was no suspense about the direct crushing of the animals in lower circle.
The nearest goldfishes all turned their belly up one by one and entered a state of suspended movement. The wire ring bit by the glacier wolf was very agile. As soon as its head stretched out, an unconscious goldfish was driven to the side of the glass tank. When it was picked directly, the comatose goldfish turned over and fell out of the glass tank.
"Hahaha, see this everyone!" He Junliang fisted his palms and reveled.
"Sh*t, can I do this?"

"D*mn it! He Junliang, I will see you in the training ground later!"
"Wait a minute, the fished are all in coma! Boss, I also want to try!"
"God, it makes sense! Boss, I have picked up one, give me the twenty."
Saibandes blinked and finally reacted. He didn't care about being a gentleman anymore. He stuffed five coupons into the robot's arms, grabbed the wire ring, and immediately joined the melee in the glass tank.
"Ah, I got it! Anna, have you seen it?!"
"I’ll go ahead, I have four more chances!"
"Oh no, brother, don't squeeze over!"
"Aha, another one..."
Anna looked at the man that had almost half of his body wet. The corners of her mouth twitched. The custom-made high-end casual suit, if she remembered correctly, cost as high as 400,000 credits. It was made by a well-known designer and had handmade embroidery. It was limited edition in the universe... but now ruined. Just because of two goldfish.
The older problematic young man danced around with one goldfish in each hand. The fishes were packed in a transparent plastic bag. "One for you."
Anna rolled her eyes, took the fish silently, and poured it into a thermos cup in her space.
Saibandes was feeling good about himself. But then he stopped again, "Wait, what's that over there?"
Anna felt that she was shopping with a giant baby. She stuffed a bunch of coupons into the giant baby's hands, "Go." She suddenly had a feeling of becoming an old mother. It also made her confused.
Saibandes was like going to a playground, completely letting himself go. After a while, he sprinted back, his hands full of paper bags and disposable lunch boxes.
"Anna, the line there, the food is called radish cake."
"This is Tornado Potato, I think it looks like the tornado sculpture you bought me with it being twisted around?"
"There is also this savory soy milk, it contains what is called fried dough sticks. Have you ever tried it?" 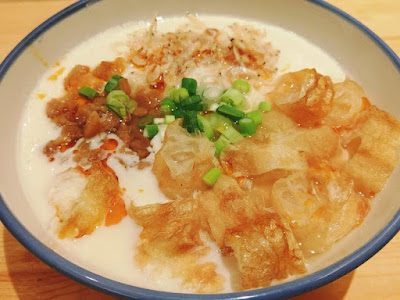 "Mung bean cake, not sweet, very refreshing dessert. And this peculiar thing is dragon beard candy. It is as thin as a dragon beard, thinner than human hair, amazing!" 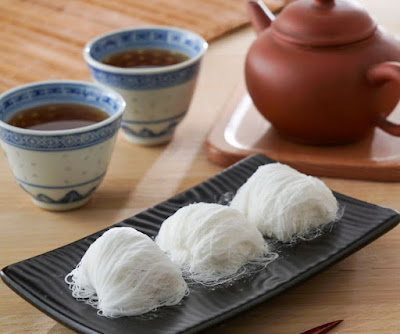 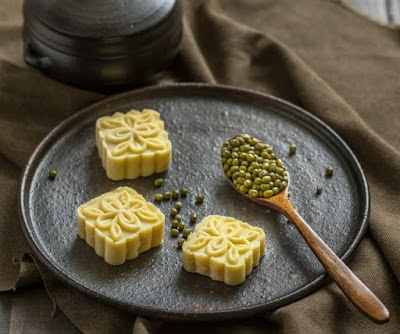 Anna was dizzy by what Saibandes said for a while. She had never seen so many… civilian snacks!
"It's amazing, it's amazing!" Saibandes was thrilled with excitement. He has lived in the clinic for many days and he ate different things every day as if he had just been opened to a new world. But he didn't expect that there was still such a whole street of new food that he had never eaten. Not only he had never eaten it, but he hadn't even heard of many of them. They were all very distinctive, much more interesting than plain bread and baguette. In the past, his morning baguette was said to have been made with thirteen kinds of precious spices that were about to disappear. It had precious energy elements, but the taste remained the same, always like a high-grade stone, tough and hard. Why didn’t he found these lovely foods long ago? 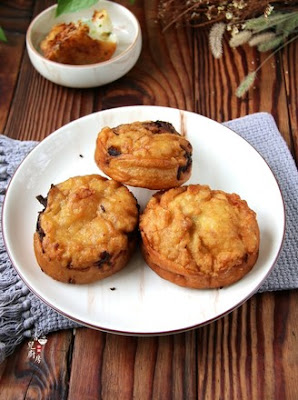 "This radish cake was fried in a pan full of oil. I couldn't even believe my eyes at first. However, the frying made it tastes crispy on the outside while the shredded radish inside remain fresh and sweet. The oily deep-fried crispy skin followed the plain and light fillings. They perfectly complement each other!"
"Anna, you have to eat while it's hot. Eating hot food, the pores of your whole body will be open and sweating. This is what the yoga teacher said, the feeling of opening the body and taking deep breaths to expel toxins!" Saibandes explained with excitement.
Anna was skeptical, but still took a bite carefully. In the next second she happily hugged the round oily cake like a hamster. She stuffed her cheeks full while eating. The scent of deep-frying was stimulated to the extreme under high temperature. The taste was sweet but not greasy. The outer skin was crispy and the inside was soft and hot. It seemed to be wrapped in a group of gentle energy. When it fell from the mouth into the body, it scalded the entire esophagus and stomach.
The noises in Anna’s ears seemed to be completely isolated at this moment. Her whole body was warm, and she could clearly feel the instant gratification conveyed by her body while breathing. Her soul was sighing comfortably.
"I just took a look at the production process. It seems that they are all made by robots, and the materials are very simple. Sure enough, a real art is to simplify the complexity, pure beauty is the most shocking." Saibandes felt that his perception of life had raised several steps in the past ten days. The top of the mountain he once saw as stunning, turned out to be just a small corner. The sky was vast and the universe was even vaster. There were countless overlooked beautiful scenery. Beauty, in fact, had always been around.
"Anna, try this tornado potato!" Saibandes was holding a bunch of potato chips pagoda. It was around 20 to 30 centimeters in length, hovering layer by layer, golden in color, without a trace of fault or damage. 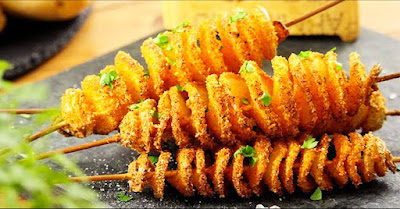 Anna was also deeply shocked. "This is a potato?" The western restaurant also had a lot dishes made of potato, but they were not as shocking as this potato pagoda skewers.
"I chose ketchup flavor, but there are six or seven other flavors. It's a pity... the coupons you gave me are all used up." When Saibandes said this, his face has a hint of unexpected pain. He was clearly heartbroken, "The spicy one should also be good, and there is garlic..."
Anna glanced at her remaining coupons and expressed her silence. But she still took the tornado potato skewers from the giant baby boss, took a bite silently, and then stopped. She then gnawed at an accelerated rate to the last piece. Finally she gave back only a long bamboo stick.
"Anna, aren't you losing weight?"
"Shut it!"
The taste of tornado potato was very similar to French fries, but the outer skin was crispier. With sweet and sour ketchup, it was the nemesis of all girls on diet! Anna gritted her teeth, silently calculating her calorie consumption in her heart. She felt that she would not be able to sleep tonight with how much running she needed to do to pay back those calories...
Anna hadn't eaten these junk food for a long time but now she had let out the little beast in her heart!
"Little Anna, are you thirsty? Have a bite of savory soy milk~"
"!!!"