Twelve people, if calculated at 25%, then only three people would eligible to enjoy the ice cream in the afternoon.
After Liu Weiwei made up her mind, she didn't waver at all. "Okay, this is Lieutenant Lu's strawberry taste." Speaking of this, she also had to look at him more. He had a girlish taste.
As for Lu Qingheng's remarks about the dead not being able to get their share, it was directly rejected by Liu Weiwei, "You will have diarrhea if you eat three popsicles, so no. Even if you are the only one allowed to eat, it's maximum one stick for one person."
Lu Qingheng could only snort and gave way to the other two muscular men.
"The second and third place." Clayton and Nelson stood tall.
When Lu Qingheng returned to his team, he hated iron for not being steel. He looked at the other five people, "Weak, you can't even eat food. You will go to work at night!"
The five people were about to cry. They were very confident at first, but they didn’t expect that the western team, which was easy to conquer in the morning, broke out like Popeye after eating spinach after lunch. They became extremely cruel. Except for battalion commander Lu Qingheng, the other five had the best remaining score and was tied on the fourth rank. They couldn’t even squeeze into the top three.
A group of people gritted their teeth, "Lieutenant, let's practice more and shame them tomorrow! Give each other a ration and stop sleeping. Let's practice hard tonight!"
Lu Qingheng nodded, and licked on his strawberry flavored Dongbei Dafan ice, "Yeah. Come on, you can't eat it, but you can smell it." He took a big bite of the ice cream and sent it to the other five people.
The other five closed their eyes and took a deep breath.
"So Good."
"It seems like I was meeting my table mate back then, with a touch of strawberry perfume!"
"Like my little girl next door!"
"This scent is like the girl I had last year!"
Lu Qingheng took the ice back and put it in his mouth without hesitation. He took another bite, and said with a bang, "Hey, the temperature in this place is high, our whole body is sweaty. But with a big bite of this ice, cold air swishes into every pore of my body, immediately letting the heat dissipate. This is the faint sweetness of first love. Do you understand this feeling? It feels so cool! It was like kissing the lover of your dreams! Understand?"
"Hey, lieutenant, don't say anything anymore, my heart hurts!"
"I want to eat it! It turns out that strawberry flavor is the best!"
"Insidious, the lieutenant had such impure thoughts~"
Lu Qingheng chuckled, "I also bit into a large fresh strawberry on the ice. It's a pity that you cannot eat it. How about it, will you win tomorrow?"
"Win!"
"What? I can't hear you, speak up!"
"Yes!We will win! Kill the West! Kill the West!"

The eyes of the five men suddenly changed, and the howls of resentment resounding throughout the training ground almost shocked the soldiers from the Western Army Group, especially Clayton and Nelson who were standing in front of a small freezer at the moment. They even felt murderous stares in their backs.
"What kind of flavor do you want?" Liu Weiwei smiled.
Clayton's pores shrank. The cafeteria in this Easter Army Group was very problematic!
Even Nelson, who had the most nerves, felt that for the Eastern Army Group to be able to rank first in the 30 days of unmanned star's survival, was for a reason. The problem may be the food in the cafeteria. Only by winning and becoming stronger could the soldiers get delicious food. Otherwise… they could only watch others eat cruelly, cry, and get insomnia with the fragrance!
What a terrible training method. Nelson thought of this and he felt cold all over. He was obviously in a high temperature tropical virtual environment, but he felt cold.
"If you like the simple milk flavor, I suggest you try the original flavor first." Liu Weiwei seemed to have not seen the two’s expressions. She smiled patiently. "Of course, if you have a crush on a girl, you can choose strawberry flavor like Lieutenant Lu. If you feel tired from training and need to change your mood, then I suggest you choose banana flavor..."
"Banana!" Two foreign men involuntarily chose a taste that could heal their souls.
Being big men were also stressful. Bananas happened to contain an alkaloid substance, which could help invigorate spirit and increase confidence. According to psychological research, tryptophan and vitamin B6 contained in banana could also help the brain effectively reduce depression.
Nelson swallowed, ignoring the ridicule of his companions, and couldn't wait to accept the banana Dongbei Daban ice that Liu Weiwei handed over. He opened the ice box and found a very light yellow ice cream lying inside.
It looked unremarkable, just like what the other soldiers call it by its name. It didn’t show any beauty just like a large wooden board. However, a scent of fragrance had faintly drifted into the tip of Nelson nose, and the cold breath seemed to spread to his hands, making him instantly refreshed. (TN: Daban in Dongbei Daban means big board made of wood.)
Nelson hardly had time to think. He put the thick ice cream stick into his mouth, and directly bit out a big piece boldly.
"Hiss…" The extremely cold air, like a sharp sword, pierced Nelson’s lips, tongue and teeth with the momentum of a thunder. His entire mouth was almost numb from the cold.
Liu Weiwei smiled, "Eat slowly, don't rush."
Nelson blushed, but he looked at Clayton next to him and found that he was no better than himself. Looking at the way he frowned, he knew Clayton’s brain was frozen too. Just now, in the fast fight of life and death, his tense nerves were completely disintegrated under the ice surface...
A unique banana fragrance and sweetness slowly bloomed from the numb tip of the tongue, like a fresh and tender yellow flower, with petals floating in the cold win. It was soft enough to be cared for, but it exuded a hint of sweetness that was fragrant and delicious. It made people want to swallow it whole into the stomach. And after this sweetness, the rich milk scent was completely revived in the mouth. It's like a world of ice and snow, ushering spring with a thick milky spring breeze blowing gently. There were also small flowers blooming, beautiful!

When the heat dissipated all over, the cold came. The warmth and softness of spring rippled in Nelson’s mouth for a long time. He couldn't stop. The unremarkable ice cream made him see life again. This time there were no animals or birds, but light yellow banana flowers bloomed...
This was such a beautiful taste!
Nelson, a brawny man, didn't know how to describe the gentle fragrance and the sweetness of fruits. "I've decided," he looked at Clayton, "Tomorrow, I have to win!" He had an endless determination, with the tenacity of breaking a big boat.
Clayton grinned, "Come on, let’s get the top three again tomorrow!" He also felt that a steady stream of energy poured into his body, giving him more willpower to win! If he could eat such delicacies every day, then he would rather not sleep and just train to death.
Nelson chuckled, "Well, even if we kill someone, we will be spared."
Clayton: "..."
The other four people from the Western Army Group watched Nelson and Clayton gnawing ice cream with eager eyes. At this moment they really regretted their in-capable self to the extreme.
"Just give me a little bit and I can die happily. Nelson, if you give me some, I will always cover you!"
"Then what do you want? Give you a lick?"
"What? No! I have dignity! I want to take a bite~"
"...One bite, one life. Okay, only a small bite is allowed."
"Clayton, I will always cover you too!"
"...Well, then I'll take a bite for you!"
"!"
Lu Qingheng quickly gnawed his strawberry ice until only the last bite was left. At this time he heard a movement next door and his ears erected. He thought, those people were still the human poison from the Western Army group! He was not as poisonous! Learning from each other, he licked the last bite of ice cream and stretched the stick forward, "I have eaten the ice for you! So come on tomorrow!"
"... Battalion commander, I want to beat you!"
"Battalion commander, do you know what this is called? Despicable!"
Liu Weiwei almost laughed when she saw this, "Will there be training later? What do you want to eat for dinner?" The twelve people suddenly looked like elementary school students, all sitting in rows and looking at her.
"Claypot rice!"
"Saozi Noodles!" 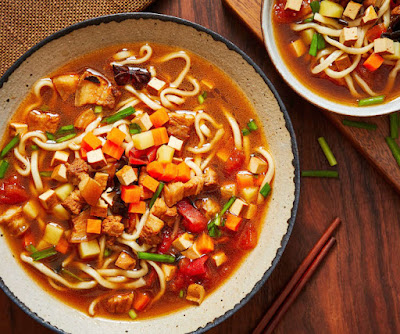 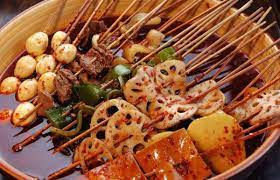 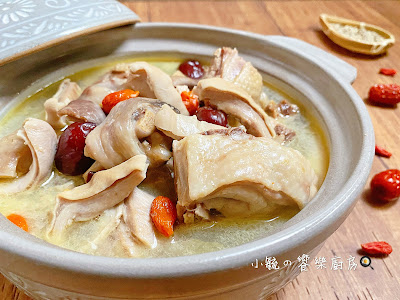 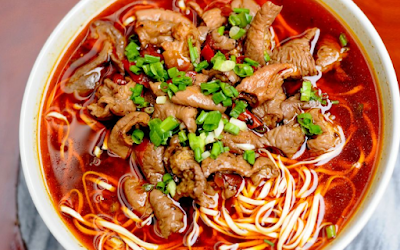 The six foreigners from the Western Army Group looked like they were listening to the sky. However, for some reason, saliva was secreted in their mouths unconsciously.
"Coming to fight!"
"I must be the top three this afternoon!"
"Fight to death!"
Liu Weiwei patted the head of Xiao Hei, fed it a large chocolate flavored ice, and made a fist at the crowd of big men, "Come on!"
Everyone almost turned their backs together, drawing circles.
Clayton even glanced at his teammates who would even die for him if was given a bite. He couldn't help but whined injustice. "That dog can eat a whole ice stick?"
Nelson also couldn't believe it. This delicious ice cream should only be eaten by people, "Why us people are not as good as dogs? Being the Chef's dog is so happy!"
But Clayton was stunned. He remembered the golden whole lamb leg under the wolf's mouth this morning. He looked at the side and saw the other five of the Eastern Special Forces team that hadn't eaten the ice cream. He seemed to be understood something after a moment. He immediately opened the six-person chat group secretly.
Clayton: I seem to have discovered a secret. The food here is distributed according to strength levels.
The others quickly looked down and saw this message, and they all made a cut.
Bill: Yeah, so I didn't get ice cream! You don't have to stimulate me more!
George: ... It's not a secret, it's really not.
Clayton: No, listen to me. What I mean is that, it is not the soldiers that stand at the top of the food chain here, but the beast pets we have seen yesterday! For example, one Level 4 kangaroo that can beat us six this morning, and the wolf king in my dormitory...
Nelson: !!!
The six big men looked at each other in amazement. Terrible Eastern people~ Under such a system, what else could soldiers do besides dying? They eat less than dogs, eat worse than dogs, so cruel!
Warren: Wait, that little black dog is not a beast, right?
Nelson: Silly, the chef's pet is an exception of course!
Clayton felt cold all over: "Just work hard anyway, brothers. Try to eat as much as possible in these seven days."
"Yes!"