When receiving this message, Gao Jing jumped up from the bed. He held the phone for a long time and said to himself: "What is Shui Shui doing!" Shui Shui was the nickname he gave to Gu Shenliu. Since there was so much water, he simply called him water twice. Of course, Gu Shenliu didn’t know this nickname, and Gao Jing didn’t have the courage to call this in front of Gu Shenliu's face, otherwise the black bellied Gu Shenliu's would surely peel his skin, and then make him kneel to say thank you. (TN: Shenliu in Gu Shenliu means Deep Stream. Shui means water.)
Tomorrow night's dinner was hosted by Gu family Eldest Young Master. Gao Jing didn’t have the guts to indulge in the matter. He immediately called Gu Shenliu: "Shenliu, don't hurt me, tell your elder brother yourself."
Over there, Gu Shenliu's voice was still calm. "Then what do I want you to do?"
Gao Jing stagnated. "No, I said what will happen to you tomorrow. Your eldest brother told you to go there by all means, and I agreed."
"You have to solve the things you promised yourself." After speaking, Gu Shenliu hanged up the phone.
Gao Jing couldn't figure it out, so he quickly called Gu Linlu to file a complaint. Adding to the fire of how Gu Shenliu bullied him.
Gu Linlu didn't speak for a while, just as Gao Jing thought that Gu Linlu would scold Gu Shenliu, who knew that he would proudly say: "Such a personality, worthy of being my brother!"
Gao Jing: "..."
Gu Linlu snorted and said, "You tell Gu Shenliu that if he doesn't come tomorrow night, I will throw Xiao Q to his house."
Xiao Q was Gu Linlu's fat son, only 2 years old. When he was making trouble, he was very naughty, but somehow, with so many people in the family, Xiao Q liked Gu Shenliu.
Gao Jing really admired: "Good! Really good! I will tell him to go."
… 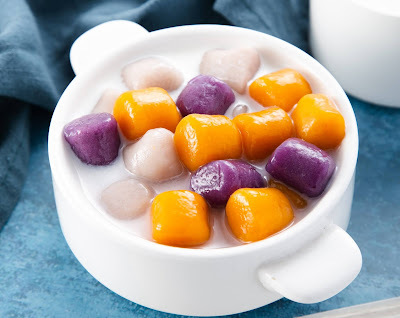 "Brother has something that needs your help." Durres said.
Jiang Yu was a little strange, could she still help Durres? Don’t judge by Durres’s inconspicuous appearance, he had a status in the fashion circle. He knew many big names, but also had the strength. Many actresses look for him when they wanted to take pictures. He could always give women star level result.
"What's the matter?" Jiang Yu brought a cup of coffee and lay on the rocking chair.
Durres was not polite to Jiang Yu either. He said directly: "Brother has a friend who is an actress. She will go abroad to participate in the opening ceremony of a film festival in a few days with a small-cost literary film. But I took a look at the clothes she was going to wear... D*mn! Where did she have the courage to wear those clothes that made the audience look hot! I persuaded her not to, but she actually said that wearing that kind of clothes will give her more attention!"
"Ah? What kind of clothes make you so angry?" Jiang Yu was a little strange.
Durres snorted, and said: "She actually planning to wear the national flag! A red national flag dress, with five stars! Right, wearing the national flag will indeed receive attention, everyone will talk about her clothes, but most netizens will only feel angry after seeing it. Besides, she bought the national flag dress on Taobao. It's ugly, the chiffon dress was bought for only 200 yuan. Can you say it looks good?"
Jiang Yu understood Durres meaning a little bit. In foreign film festivals, domestic actresses often went out to be monsters. Because admission tickets to film festivals could be purchased at a high price, people could enter the show as long as they have 20,000 pounds. Therefore, in recent years, many celebrities and Internet celebrities liked to go abroad to be embarrassed. Although wearing the national flag could make a lot of topics in the short term, it was not conducive to long-term development. Chinese had strong national self-esteem, so thing kind of thing would leave a deep negative impression.
"Then you mean..."
"Well, I think the out of bath makeup you invented is pretty good. You also have a lot of ideas about clothing styles. I want you to help her make a style." Durres said.

Jiang Yu thought for a while, and suddenly felt that this was a rare opportunity. Although the other party was only a small actress, after all, her work was shortlisted for an International Film Festival. This kind of occasion was a good opportunity for Jiang Yu who was not yet well-known in the fashion circle. Only a small actress? Not afraid! No media resources? Not afraid! As long as the clothes she wore were really good, she would surely be appreciated by many netizens.
Thinking of this, Jiang Yu pondered for a moment, "It's not impossible to do styling, but I can't go abroad with her."
"You don't need to follow. You can make the clothes and then teach her how to do the makeup. She will take her own makeup artist."
"Well then... okay!" Jiang Yu only thought for a moment and then agreed. She smiled: "I will start designing now and try to catch up."
"Brother thanks you on behalf of her!"
"But you send me her picture first. I have to design the look according to her conditions."
Soon, Durres sent a few unedited photos on WeChat. In terms of appearance, the girl's appearance was a bit unexpected. Jiang Yu expected that she would see an internet celebrity face with excessive plastic surgery. Unexpectedly, the girl in the photo looked very beautiful. She had a small face, concentrated facial features, and a pointed chin. It was the type of Chinese face that foreigners liked. Such a face looked good and also had motivation and inspiration.
Jiang Yu had seen many celebrities in her previous life. She only glanced at this girl named Su Mang and concluded that Su Mang would become internationally popular in the future.
As she had agreed to help Durres, Jiang Yu would work hard to do her best. In her previous life, she often helped actresses to design dresses for red carpet. She had good memory and remembered every piece of clothing she had made. It could be said that as long as she wanted, she could draw more than a dozen red carpet outfits that had caused sensational effects directly. But Jiang Yu clearly knew that although she had become popular on Weibo and had also established her own online shop, the trajectory of such popularity was quite a bit too far for now.
In the current stereotypes, people always felt that the compulsive rating of Internet celebrities was not high enough. Then, improving the compulsive rating to make Jiang Yu different from other snake-like online celebrities had been the things she had to do now. Out of Bath makeup was only the first step. Although the makeup was very popular now, it had not yet caused a phenomenon-level popularity. Therefore, she had to use this rare opportunity to make out of bath makeup burn abroad and shine at the very compelling international film festival. This was in order to change her stereotype in the minds of many netizens.
Jiang Yu didn’t intend to take another path, but intended to continue the concept of out of bath makeup. Appearing at the International Film Festival was Su Mang's first step and a very important step in her life.
Thinking of this, Jiang Yu suddenly had a brilliant idea. She took out her pencil and sketchbook and then started to draw frantically. Her draft was very fast, and she revised it many times afterwards. Considering the construction period and available materials, she changed the drafts several times. It was not until 7:50 that she finished the final design.
"Taro balls, are you still drawing? Netizens are going to shake the sky. Everyone is waiting for you to start the live broadcast." Bei Xiaoxiao urged Jiang Yu after taking a shower.
Jiang Yu's bath makeup was so popular, but she didn't buy this issue of <Weiwei> magazine, so that she also wanted to use this broadcast to learn.
Jiang Yu rubbed her tired eyes and realized that she had been drawing for more than 4 hours. "It's 8 o'clock?"
"It's still a few minutes away, so hurry and clean up!"
Jiang Yu smiled and stood up: "You don't need to clean up, it's just fine like this."
"That's it?" Bei Xiaoxiao looked at Jiang Yu with a tangled look: "Can't you clean up a bit? You have nearly three million Weibo followers."
Jiang Yu of course knew Bei Xiaoxiao’s thoughts, so she smiled and said: "It's okay. This way it will be more relatable, and it will easily arouse everyone's goodwill."
When Bei Xiaoxiao heard this, she was even more entangled. She glanced at Jiang Yu’s nightdress and the hair band with rabbit ears on her head. It's cute, yes, but wouldn’t it be too random and a bit too casual?

Jiang Yu was very calm and prepared the make-up tools to be used later. At 8 o'clock, she opened the live video broadcast, and all netizens waiting for her live broadcast instantly swarmed into room.
——Dada, I'm here.
——Jiang Yu, I want to learn makeup from you. Can you do more live broadcast more in the future?
——Damn, this is Dada’s real person? So beautiful!
——The live broadcast is also so beautiful. It seems that Dada is really beautiful! It's really unfair. I heard that Dada is also a top student of Shen University.
Many barrages had been swiped on the screen. Jiang Yu was doing live broadcast for the first time, so she had no experience. She repeatedly adjusted the round camera that she just bought several times so that the light on her face become more natural.
Jiang Yu smiled at the camera: "Thank you for your waiting. This is my first live broadcast. If there is something wrong, I hope you don't take it to heart."
Fans swept the screen like crazy:
——this much is good enough.
——Dada is the conscience of the industry, a clear stream in Internet celebrity circles.
——Dada, I already bought the whitening product that you reviewed yesterday. I am the tanned girl.
Jiang Yu smiled and said, "It seems that many girls want fairer skin. I am very happy to be able to help everyone."
——But Dada, whitening needs to be combined with sunscreen, right? If you don’t think I am too greedy. Can you recommend a few useful sunscreens?
Jiang Yu arranged the makeup tools one by one and showed them to everyone. As soon as she looked up, she saw this message and smiled: "Sunscreen? In fact, there are only few kinds of sunscreens that are easy to use. Shiseido's sunscreen is good, as we all know. For other products, Anessa is the king of sun protection. Its golden bottle and green bottle are both good." 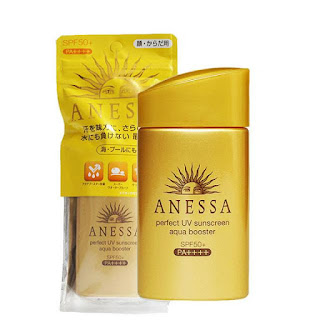 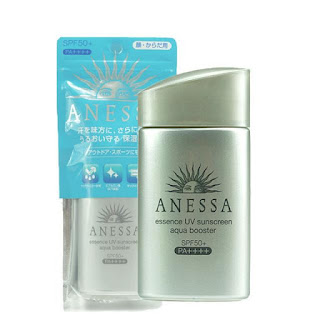 "If you are a student that does not have high SPF requirements, brands such as Nivea, Dabao, and Biore can be used. If you want spray type, I recommend Naris Up's sunscreen spray." 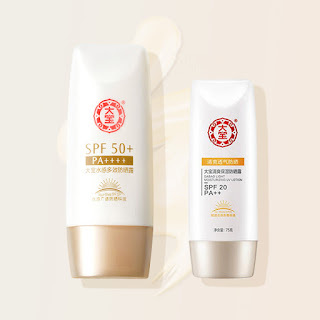 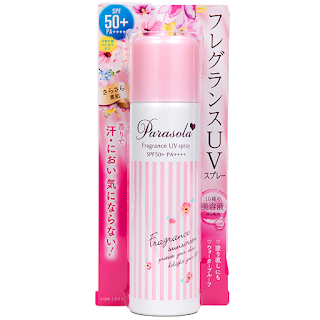 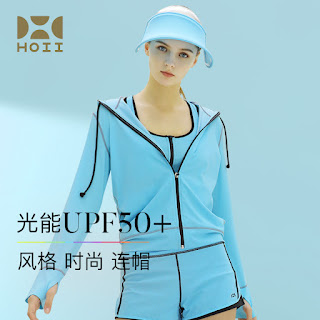 All the viewers were all taking notes.
*****
TN:
That sun protection clothing is an eye opener. I don't know such thing existed. There are many styles from the brand too. Some that looked just like normal athletic wear, and some that even cover everything from head to toe (including face and eyes >o<)