In the end, there were 18 children who agreed to set up a stall, and one group consisted of three. When they came to the cafeteria, there was obvious tension and anxiety on their faces. They didn't know whether their choice was right or wrong, but since they were already here, they couldn't escape. Fortunately, when they saw Liu Weiwei in the cafeteria, the children breathed a sigh of relief. The female chef was more merciful than the instructors.
Yang Likun had been working in the cafeteria for several months, and he had become more and more like an uncle chef. He smiled when he saw someone coming to the cafeteria. He waited for everyone to eat every day and then received all kinds of admiration. Xu Hui was a mother, so she automatically carried a sense of intimacy on her body.
Among the eighteen children, only Zhang Congzhi became nervous. He was looking at Liu Weiwei and Xu Hui with a strange expression.
"You come to draw lots and then follow the corresponding robots to different tables to learn." Yang Likun took a step forward and asked the robots to hand out the lottery box.
Everyone quickly took their number. Military management in the past few days had obviously improved their operational efficiency a lot. They were very obedient to commands.
Liu Weiwei was in charge of dumplings, while Yang Likun was in charge of teaching wontons. Others were taken care of by the robots. 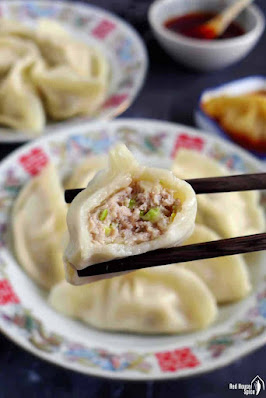 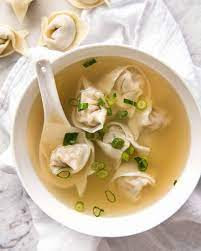 Wonton Soup
However, when Liu Weiwei went to the well-divided venue, Zhang Congzhi's very unfriendly look was expected. Of the three children who got dumplings, Zhang Congzhi was fierce while the two girls were obviously more timid.
"Are you the chef from that shop outside the military area?" Zhang Congzhi was full of vigilance.
Liu Weiwei smiled, "Kid, is there any problem?"
Zhang Congzhi's expression was obviously a little frozen, but he didn't speak. He shook his head and retreated to the girl's side.
Liu Weiwei did not continue to embarrass him. "You will be responsible for the dumpling stall at the snack street. We first learn the simplest cabbage and pork dumplings. When you master it, you can learn other fillings. The main principle is the same."
"First, minced meat."
While Liu Weiwei was explaining, the robot moved a two-meter-high pork freezer to the side. She opened the freezer and took out a piece of pork inside. "In order to preserve the meat, we usually freeze them in large pieces, so we need to defrost it now. Put it in warm water or in a this machine adjusted to defrosting mode. Put the pork in the basin for a minute or two. "
The basic equipment of the military cafeteria was quite complete. Liu Weiwei demonstrated the operation of the defrosting machine and took out tender pork strips. "Pork for dumpling stuffing shouldn’t be too fat, refined meat is better. This piece of meat still had the pig skin, so we need to cut it off first, but don’t throw it away. Later, we can use this for the roasted pig skin. It is crispy and fragrant. It could also be used to make lard for other dishes." She moved very fluently. With a single cut, the arm's length pork strips were separated from the skin and the flesh. The knife edge was clear and smooth. These hands could even surprise ordinary adults, not to mention children who had only eaten a few real dishes before.
All three children looked up at Liu Weiwei. The faces of the two little girls were clearly shocked, and Zhang Congzhi's stern face also had a trace of cracks.

Holding the knife in the hand, Liu Weiwei’s wrist looked extremely slender. However, she made it looked effortless when she was moving the knife. The knife rushed down and it was almost impossible to see the extent of the swing of her wrist with naked eye. The knife skill was breathtaking.
"The last cut." Liu Weiwei snapped and slashed her knife heavily into the cutting board. The minced meat on the chopping board turned out to be even and meticulous as if it were chopped by a machine. If looked carefully, the meat mince cut by hand was cleaner and neater than the one cut with a machine. It wouldn’t clump or looked muddy.
"After practicing, you can also make handmade minced meat." Liu Weiwei completely suppressed the children.
At first, everyone might still have some doubts, fears, or hesitations. It was the natural tension and distrust that children had when facing adults, but now these emotions have completely disappeared from their faces.
For a moment, Liu Weiwei even noticed Zhang Congzhi's adoring gaze.
"Next will be seasoning. Put in salt." Liu Weiwei took out the can of salt, without looking, she quickly spilled a spoonful of it to the meat. "Give water to the meat filling, so that the dumplings will taste tender and juicy. It will also help the meat from drying."
"We put water in several times, and each time we wait for the minced meat to absorb the moisture, and then put down a portion of water again. Put it while stirring and be careful not to make the minced meat too wet. If there is a ready-made broth, you can also add a little."
"Then add light soy sauce and sesame oil. This will help remove fishy taste and increase the delicious taste. The sesame oil can also lock the moisture we put in."
Everyone listened very carefully, and the two little girls even took out their notebooks from their spaces.
Zhang Congzhi contemptuously wanted to laugh at them, but he curled his lips and said nothing, instead, he kept a close eye on Liu Weiwei's next move. The facts proved that he was right. When the two girls lowered their heads desperately to take notes, Liu Weiwei picked up the knife again. This time, she was faster.
The huge gratifying cabbage on the chopping board soon became a neatly chopped cabbage.
*****
TN:
If you want to learn how to grind meat with a knife, you can check here