"Spiritual sublimation?" Saibandes' handsome face flashed with a hint of astonishmen. The blood of their ancient family had led to the extraordinary talents of spiritual power in every Aldwych men. Since birth, they were destined to surpass thousands of people in the universe. He himself was 8 Stars in spiritual power, and his younger brother was full star.
However, they also had a limitation. When they approached the age of eighteen, their mental power would tend to solidify, and once they were finally formed, they would not be able to go further. No matter what kind of cultivation method, training regime, or even spirit stone and energy stone absorptions. They could only restore their mental power, but couldn’t improve it.
Now a person with full star mental power was talking about sublimation? This was the most absurd thing Saibandes had ever heard. "Before the college entrance examination at the age of seventeen, you had already reached full star and your mental power was completely solidified. Sublimation? No matter how delicious this pig's trotters were, you don't have to exaggerate and lie to me."
The corner of Mu Ming's mouth turned up, "Big Brother, you are so uninteresting." If he said this in the cafeteria, many people would think it was just a compliment to the food. Who would literally think that after eating a pig's trotter, his mental power would really increase? Ha ha.
"However, it means literally." Mu Ming tucked away his golden hair, his eyes flickered, "Although I don't know what it is above the 10 Star, I can clearly feel that my solidified mental power has become thicker… longer."
Saibandes squinted. "Do you know what you're talking about?"
"Oh, big brother is very excited? Oh, I almost forgot, what kind of honorary president of human development are you again? The limitation of human progress may be broken. Are you excited?"
"… This is not the point."
"According to my observations, there is no evolutionary effect on mental power below 6 Stars. At 7 and above, the probability of occurrence is uncertain." Mu Ming grinned, "If it weren't for my full star, I might think it was caused by my own training, that my power grows naturally."
Saibandes drew his heart fiercely.
"Big brother, are you, the one that has been trapped for twenty years without mental breakthrough, get excited, huh?" Mu Ming said with a smile, but suddenly glanced at his military watch, "Oops, I should go back to training. Brother, take a good rest."
Saibandes: "!!!"
This military area made him unprecedentedly bright.
Saibandes clenched his teeth. Quickly closed and opened his eyes, took a deep breath, and got out of bed by himself.
…

Liu Weiwei in the next room quickly heard a knock on the door. She opened the door and saw a tall caucasian man standing at the door wearing a patient uniform. His pale face could not hide his handsome appearance. She was not surprised at all.
"Mr. Saibandes." Liu Weiwei gave way, "Please come in."
The strong smell of pig's feet was obviously more arrogant in the room, like a gathering place of evil.
Saibandes curled his eyebrows. His excellent brain clearly saw everything in the small ward as soon as he opened the door. Cooking table, fireplace, various dishes, temperature keeping boxes, a pet bunny, a strange dog, and a woman in a white coat. There were not even a hospital bed inside. This was definitely planned for a long time. Exuding fragrance next to him, but not offering it to him to eat, instead letting other people dangle in front of him after they were baptized with fragrance. This woman… was deliberately seducing him!
Saibandes' eyes narrowed slightly. He knew that it was impossible for the Interstellar Alliance government to quietly watch him die. They too hoped that he would live, create a steady stream of wealth, and keep donating for the benefit of the Alliance. They sent him, an unrelated person to the military area, sent soldiers to stand guard at his door, and forbid him to leave. There were also two medical robots in his ward. They didn't usually harass him, but as long as he did any self-harm, they would definitely stop him. The woman was not a member of the military district or the government. This was a certain way they wanted him to survive.
Saibandes could tell at a glance that although the woman was not wearing a military uniform insiude her white coat, appearing in a base that no civilians could enter meant that her identity and daily work were unusual. He didn't speak, waiting for the woman to introduce herself, even actively inviting him to dinner. The corners of his mouth were full of sarcasm.
But soon, Saibandes found that he was thinking too much and was being too confident. The woman didn't pay attention to him at all!
After opening the door, she sat back behind the table, took the bunny on the ground into her arms, began to fluff its hair up and down. She also picked up a plate of green turquoise-like vegetables with chopsticks, and sent them to Little Bunny's mouth. The little bunny was looking so comfortable. After a while, its two small furry paws held vegetables that were about the same length as his head and it came down.
The bunny lay down on the woman’s thigh. Its whole rabbit body stretched out comfortably, and its head was lying on its back. Its eyes had been narrowed into a straight line. It was obviously very comfortable. It enjoyed a full body massage while being fed by a beauty.

The corners of Saibandes' mouth twitched fiercely. He didn't know how to thick about the bunny anymore. And the weird dog that he noticed as soon as he entered the door also turned over, revealing many big bones under its stomach. It seemed to be dreaming, a dream so beautiful that it was bubbling. Before its eyes opened, its paws slapped on the bones, its mouth opened, and sharp teeth plus scarlet tongue came out. The tongue licked the big bones a few times. After that, the dog happily swayed his tail, rolled over, and fell asleep again.
This was no ordinary pet dog!
Saibandes saw its teeth clearly, they were no ordinary canine teeth. They fit better to be an unknown murderous beast’s teeth. Its mouth was dense and full with at least a hundred fangs. Obviously the dog-like pet was very small, but when he was standing in the room, his neck suddenly felt cold. There was no doubt that if he did something extraordinary, his neck would be bitten by this weird pet instantly!
"Are you the one who was sent to cook for me?" Saibandes said instantly. The situation was clear. He was undoubtedly at a disadvantage. The woman was… a bit weird.
Liu Weiwei smiled harmlessly, "Yes."
The simple answer made Saibandes stunned.
Liu Weiwei didn't mean to embarrass him deliberately, she pulled out the chair by the table, "Sit down, wait a moment."
Saibandes squinted.
There was no need to talk nonsense with smart people. It was Liu Weiwei’s job to feed Saibandes, and he was willing to knock on the door here today, so she knew his willingness to eat this time.
"Thank you." Saibandes was still a gentleman, "You cook all those foods? The smell is very attractive, the color and appearance are top-grade. They impressed me. They were no less than the five-star cooking standard."
Liu Weiwei said thank you, not modest at all. She put Xiao Bai down, rubbed her soft meat a few times, and put her back on the ground. She wiped her hands with antiseptic alcohol, and took out something from her space. It was a lunch box.
The lunch box was pushed directly in front of Saibandes.
"Please eat."
Saibandes took a deep breath of the intoxicating smell in the room. His personal space was almost emptied. Most of his "inheritance" was mailed to his younger brother, distributed to subordinates, or directly donated. Otherwise, he really wanted to take out a bottle of 1983 antique red wine and drank it with the attractive pig's trotter. The slightly bitter, yet intoxicating smooth taste, would be an excellent combination with the soft and sweet trotters.
Saibandes were good at eating. Unlike ordinary wealthy people, ancient families like his had deep heritage. Antique liquors, antique recipe recipes, and even antique piano scores had been preserved well. He couldn’t say that he likes food, but he definitely knew how to taste it. The cooking techniques that many chefs learned from the Chef Association throughout their lives couldn’t even satisfy his picky tongue.

The essence of cooking didn’t lie in the seasoning, but in the characteristics of each ingredient, whether it was fully used by the chef, and the fusion of the ingredients.
The corner of Saibandes' mouth was hooked. This kind of cooking which could increase his mental power and exude a scent that even he could not bear made him very interested.
"I hope you don't let me down." Saibandes was confident that he could appreciate the dish more than his brother who had been in the army all the time.
Liu Weiwei didn't even look at Saibandes. She stood up smartly and threw her cooking table and materials back into her space station.
Saibandes gritted his teeth, reached out and opened the box. Ten seconds later… "What is this!?" His face was distorted.
Liu Weiwei had cleaned up the ward, and turned on the new ventilation fan in the ward by the way. The interstellar military zone special ventilation fan could eliminate odors and exchanged fresh air in just one second. Instantly, the charming and intoxicating rich fragrance in the ward dissipated completely, as if they had never existed at all. "This is what I tailor-made for Mr. Saibandes – white porridge. Suitable for your stomach that has not eaten anything for a long time." 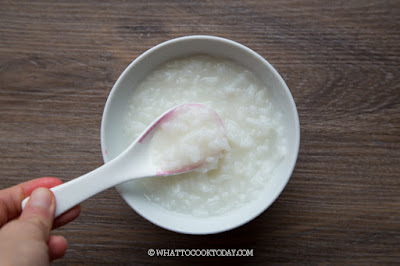 A faint smile hung on the corner of Liu Weiwei's mouth, which was a mockery in the eyes of the other party.
Saibandes looked at food in front of him. It was almost like solid glue and almost all of the rice grains had melted. A puff of blood rushed to his forehead. He had lived for so long and had never been deceived like this! When he went to any restaurant, the chef wouldn’t dare to entertain him with white porridge like this, especially…
"Those scents of your cooking were just for me to smell?" Saibandes couldn't believe it.
Liu Weiwei nodded, "Yes, the aroma is only for appetizers. But for the sake of health, if you haven't eaten for a long time, it would be better not to consume oily dishes for the time being. At night, I will ask the robot to bring you more porridge. I will go back to work in the cafeteria."
Saibandes had always had a good temper, but now it had exploded. However, only a closed door was there to accommodate him.
"!!!"
Saibandes almost slapped the table with anger. He didn't want to eat a bowl of white porridge with no taste at all! However, for curiosity's sake, he wanted to see if this food could really improve his mental power. He quickly picked up the spoon angrily and stuffed the porridge into his mouth. He looked more painful than when he was swallowing disgusting nutrient solutions.
There was no taste, only white porridge without any taste! Saibandes chewed directly.
But when Saibandes was about to swallow angrily, his eyes were suddenly taken aback.