The Master of Metaphysics is The Movie Queen – Chapter 121

During this period of time, Gong Qingyao had been studying hairpins and formations, and had no time to touch the phone. After checking the phone, she discovered that there were many calls and messages. Gong Qingyao opened WeChat, and received a video call by Xiaomi.
Xiaomi's happy smile appeared on the phone, "Sister Qingyao, I haven't seen you for a long time, I miss you so much."
A sweet voice came from the mobile phone, which made Gong Qingyao feel better, "How is the metaphysical study recently?"
Since Xiaomi had a mobile phone, the two had often communicated on WeChat. Gong Qingyao would also take time to check Xiaomi’s homework. She had to say that Xiaomi was really a very talented person, especially in terms of formation. Xiaomi could already read several formations, and now could also arrange some simple formations.
"Not bad." Xiaomi said confidently, "Sister Qingyao can test me any time."
Gong Qingyao asked a few questions casually, and Xiaomi responded really well.
After asking, Gong Qingyao suddenly thought, "How can a formation’s life gate be cracked by another formation?" After asking, Gong Qingyao shook her head. Xiaomi had not studied the formation yet. Maybe she hadn’t even heard of it before, so she wouldn’t know how to break it.
"Then go to the gate of death." Xiaomi said of course. "Isn't it about letting the dead and reborn?"
Let her die and live, yeah, even Xiaomi could do this, why she hesitated? What about life, what about death, Gong Qingyao's eyes flashed a steadfast color, "Thank you, Xiaomi."

"Sister Qingyao doesn't need to be so polite to me. I heard that the capital is flooded. Sister Qingyao must take good care of it."
Gong Qingyao nodded slightly.
Xiaomi went on to say, "If you have the opportunity, come to Hongyan Village. Our village has changed a lot now."
Gong Qingyao didn't answer Xiaomi's suggestion, but just said, "Xiaomi, take care!"
That day and night, Gong Qingyao did not take a break, but compiled all the metaphysical knowledge she had known throughout her life into one document. Lu Qianqian had a bad premonition when he saw Gong Qingyao doing this.
After Gong Qingyao sent a copy of the compiled documents to Xiaomi, she also sent a copy to Tang Ruihe and Liao Yehong.
It was six o'clock in the morning, and the capital at this time usually had already started to light up, but the capital had been raining all the time, so even at six o'clock, the sky outside was still dark.
Gong Qingyao took out all the talisman papers and cinnabar, and began to draw peace talisman, exorcism talisman, and daily use talisman, only when all the talisman papers and cinnabar were used up that she stopped.
Then Gong Qingyao found a small wooden box, packed these talisman papers, and placed it on the desk.
Seeing Gong Qingyao finished, Lu Qianqian stepped forward and whispered, "Master?"
"Let's go." Gong Qingyao tucked her hair in a bun, inserted the wooden hairpin in it, and then left the room.
…
At this time, the Gong Family courtyard had fallen into chaos.
At seven o'clock in the morning, tens of thousands of people rushed toward the Gong Family courtyard in a fierce manner, "The old dog of the Gong Family, please open the door," "The demon girl of the Gong Family, get out," "Everyone in Gong Family courtyard will take our lives!"
All kinds of intimidating voices came, like the messenger from hell. The faces of the servants of the Gong Family courtyard changed one after another. The hundreds of people who came before said that now so many people come together, it would be difficult to guarantee that the Gong Family courtyard family could resist.

Gong Qingyao asked, "Then how did my Gong Family make this prolonged rain?"
Everyone was stunned, yeah, no matter how great the Gong Family was, they couldn't control the weather.
"You want to kill us to rule the world!"
This fallacy, Gong Qingyao said, "If everyone is dead, what will my Gong Family courtyard rule?"
The people outside were shocked, yeah, no one could rule nothing.
Someone pointed to Feifei and said, "But you have raised monster!" Everyone had heard the howling of Feifei just now, how could ordinary dogs be so powerful?
Gong Qingyao shook her head, "You can check Feifei on the Internet."
Some people actually entered the word Feifei in their mobile browser, and some people took out their mobile phone to open Baidu. Baidu had the function of recognizing pictures. Everyone took a photo of Feifei and then checked it.
The people thought that this Feifei might be just a special kind of dog, but the crowd was surprised by the result.
"Hey hey, take a look, I checked it out and it seems to be a sacred animal?" That person felt his eyes were dazzled. Such a dog-like pet turned out to be an ancient sacred animal? There must be something wrong with this.
"Mine too…" the person next to him said weakly.
Someone said, "Actually, I wanted to say at the beginning, this dog looks a bit like an ancient animal." Her girlfriend liked animation very much. Some time ago, she saw a cute pet in a comic book and kept telling him that this pet was Feifei, his girlfriend later bought a lot of Feifei's merchandises on the Internet, so this person could somewhat recognize it.
These evidences showed that Gong Qingyao raised ancient beast instead of monster, but, was there really ancient beasts in this today’s society?
It was the people in the Gong Family who were more confused than the people outside. Wasn’t it just a pet? How could it become a sacred beast?
Seeing that everyone's attention was diverted, someone said, "Your Gong Family courtyard dare to raise a beast, what are your intentions?!"
Gong Qingyao said, "When did the Gong Family say that we raised Feifei? The reason why a beast is called a beast is because it is not kept by humans. It has its own circle and lifestyle. We humans cannot and have no right to change them."

It made sense, but the people always felt that something was wrong.
Seeing that the people outside did not respond, Gong Qingyao looked at the person who had just spoken, "You, you received a transfer of 5,000 yuan last night, and the person promised that as long as you come to my Gong Family courtyard to make trouble today, he will give you another 10,000 yuan afterwards."
The man's eyes flickered, "What nonsense are you talking about? Let me tell you, it is a slander!"
"If I'm not mistaken, you still have the words they sent for you to make trouble in your phone, including the two sentences I just said."
The person was stunned. The person next to him grabbed the phone in his hand and opened WeChat. Sure enough, he found these, "It is really there!"
Gong Liangji's anger came instant;y. Who was it that aimed at their Gong Family like this?
Gong Qingyao continued, "Besides him, the man in the black T-shirt, the blue suit, and the man on the far right…" Gong Qingyao called dozens of people in one breath." These people have all received the money."
Those who were called couldn't refute, because they did accept the money from others. They really came to Gong Family courtyard to make trouble.
Of course, some sane people understood what happened. But, although they were used by others, they did have doubts. So someone came forward and said, "I was not instructed by someone, but I really have a question, why the flood flooded the capital. Only this Gong Family courtyard is fine?"
Gong Qingyao nodded, "This is not a magical thing. Before Gong Family courtyard was built, this place was a hill. When the courtyard was built, we did not level the slope, but build the courtyard on top of it."
These past events could indeed be found, so no one could refute it.
Gong Qingyao continued, "In addition, I believe many people have heard of Sponge City. Our Gong Family courtyard also asked our own construction company to build such a structure underneath. This is why there is no stagnant water here." 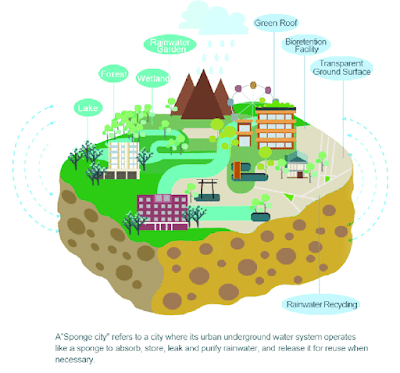 Many people nodded. It turned out to be like this. The Gong Family courtyard was located in a high slope, and the drainage below was good, so there was no accumulation of water.
Gong Liangji was stunned after listening, when their Gong Family courtyard become so good?
Of course, what Gong Qingyao didn't say was that in addition to these two reasons, the lack of stagnant water in the Gong Family courtyard also had a certain relationship with the formation that she arranged.
Seeing many people nodding, Gong Qingyao said again, "In addition to the Gong Family courtyard, on Gong Family's companies in the capital and other buildings made by Gong Family, they have very little flooding because we have done a good job on the drainage facilities."
Everyone suddenly realized.
Gong Liangji fell into deep thought. He felt that his daughter was complimenting his construction company.
At this point, Gong Qingyao's conversation turned sharp, her eyes full of sharpness, "It's just that I don't understand why someone will accuse that the disaster was caused by Gong family. Shouldn't everyone be united at this time and fight the disaster together?"