The Master of Metaphysics is The Movie Queen – Chapter 120

"Didn't you find out? Why is it so flooded outside, just this Gong family is okay?" They didn't know who among the crowd that said this, but everyone immediately noticed the point.
Originally they wanted to take refuge, and they heard someone say that Gong family courtyard was safe, so they came along. But they didn't expect that there would be something tricky in it!
Someone shouted, "After all, this Gong family courtyard is the safest place!"
This sentence made the originally restless people exploded even more. No matter what Gong Liangji said, everyone was madly smashing the door and was determined to come in.
Seeing that the door was about to open, the servants on the inside said, "Master, why don't you go back and hide?" Even if the people entered the yard, it would be okay if they didn’t open the house door.
There was no time for Gong Liangji to leave when the door that was originally unbreakable fell down in front of him and the others.
The people rushed in directly. Some of them rushed in towards the nearest building and started frantically looking for food, and some of them came directly to grab Gong Liangji's clothes.
Seeing this situation, the servants of Gong family immediately defended Gong Liangji and retreated behind. But they were not the opponents of the group of people. The few people who came up directly pushed the servants away, and then pulled them aside and beat them wildly.
The servants guarded their heads and shouted, "Master, go quickly."

Gong Liangji couldn't leave. Two strong men came and grabbed Gong Liangji directly, and said with excitement, "Come on, everyone, we have caught the old man of the Gong family, so we can stay at Gong family from now on." The frantic smile hadn't settled yet when a white furry animal appeared directly in front of the crowd, and then roared.
Someone sneered, "Oh, here comes a dog." It's just that this dog was too small to be lethal.
"It's the lackey of the Gong family!"
Everyone laughed.
Gong Liangji immediately said to Feifei, "Feifei, go quickly." At this time, he hoped that Feifei would quickly inform Gong Qingyao and Song Qiubai to leave the courtyard. After all, no one knew what the refugees would do at this time.
Feifei really hated that others call him a dog, so he jumped up, grabbed the person with a paw, and threw the person out. Like a kite with a broken string, the person was thrown out of the Gong family courtyard.
The servants and refugees:… F*ck, I thought it was bronze, but I didn't expect this dog to be a king!
Seeing this scene, the crowd took a step back.
Feifei looked at the man who grabbed Gong Liangji. 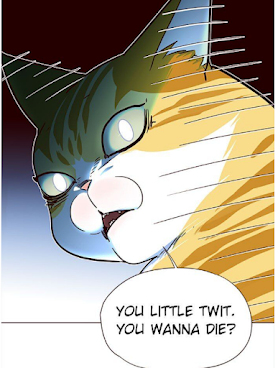 The man swallowed. Regardless of whether the animal in front of him could understand his own words, he pointed to Feifei, "I tell you, if you dare…" Before he finished speaking, Feifei grabbed the man and slapped the man out again.
Everyone:… What kind of monster was this f*ucker?
Gong Liangji:… Sacred beast! It really was a beast!
The servants of Gong family:… The eldest lady was indeed a goddess. She also raises a god like beast!
Under the coercion of Feifei, these people obediently retreated outside Gong family courtyard. After that, Feifei sat at the door of Gong family courtyard and signaled Gong Liangji to come over.
Gong Liangji looked at everyone, "Like I said, if you are willing to accept the place provided by my Gong family, then go, but I really can't let you all live in this courtyard."
Everyone looked at each other. What could they do? A monster was guarding now, who dared to enter? 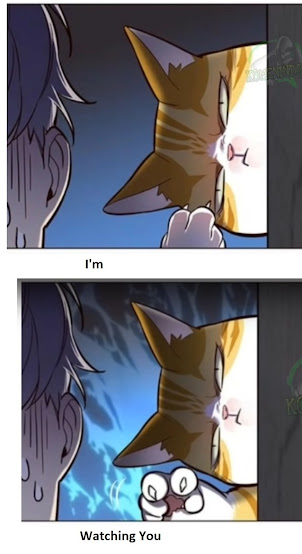 [F*ck, what's the matter with this Gong family courtyard?]
[The entire capital is flooded, but this Gong family courtyard is fine, why is this?]
[Do you want to join? Let’s go and destroy Gong family courtyard tomorrow.]
[Count me in. I won't be able to live anyway. It's better to just destroy Gong family courtyard, maybe I can do a good thing for future generations.]
[I'll go too. My child hasn't been out for a long time, and milk powder can't be bought. The Imperial City sells milk powder at a super high price. As mentioned earlier, I will just go good for future generations.]
…
There was a lively discussion on Weibo, and the forum also posted a post about Gong family.
[818 Gong family courtyard and flood in the capital.]
[There are many posts about floods. It can be said that the most concerning thing in the whole country is this flood. The water in the capital has a profound impact on the capital itself, and also has a considerable impact on the surrounding cities. Most of these cities have suffered varying degrees of property loss.]
It's just a post about the flood, and not many people thought that it was the only one that connected the flood with Gong family courtyard.
[1L (Poster): I believe that the flood has become the most concern for everyone now. The rain in the capital has been going on for more than half a month, but there is still no sign of stopping. Recently, everyone has discovered a strange thing.]
[2L: What's weird?]
[3L: I was bored reading these posts every day, just want to know when it will be sunny.]
[4L: Hurry up host, the bench is ready.]
...
[23L (Poster): Everyone knows that now the capital is full of water, and it has become a water capital. In these water-filled places, the deepest was two persons high, and the shortest is half a person high. But, an ordinary citizen was passing by the Gong family courtyard, and found that there was no water in the courtyard at all, with the attached picture (picture).]
[24L: I have seen it on Weibo, is there anything new?]
[25L: If the host just said this, I would retreat.]
[26L: Same upstairs.]
[27L: Although there is hype on the Internet about what Gong family did, I don't think the Gong family is so capable.]
[28L: Attention upstairs, this picture has never been posted on Weibo!]
[29L: I also found out. This picture is new.]
[30L: So what has this Gong family courtyard family do? It's very scary if I think about it carefully.]
…
[55L (Poster): Afterwards, many people knew about the news, and they decided to gather together to go to the Gong family courtyard. Everyone's original intention was to ask Gong family for an explanation. As a result, the servants of the Gong family and the monster they raised were uncooperative. They directly threw this group of people outside the Gong family courtyard gate and did not allow them to enter again.]
[56L: Why does it feel a bit imaginative?]
[57L: Monster? There are monster also these days? I don't read much. Don't lie to me.]
[58L: No picture, no truth.]
…

[78L (Poster): It's not that I don't take pictures of the monster. It's just that the monster is too fierce. We can't take the picture. In short, if you don't believe it, you can go to the Gong family courtyard to investigate directly.]
[79L: Anyone want to go?]
[80L: To be honest, everyone now says that Gong family is the source. I really think this topic is a bit funny.]
[81L: Does the host have any other news?]
…
[101L (Poster): Everyone is saying that the Gong family is not so capable, but I don't know if you still remember that there is a figure in Gong family called Gong Qingyao.]
[102L:??? What's up with my Sister Yao?]
[103L: Isn't Gong Qingyao a star, what about her?]
…
The topic involved Gong Qingyao, and there were more replies to this post.
[265L (Poster): As everyone knows, Gong Qingyao is a star, but people who know her should also know her another identity, that is, she is a metaphysical master, and she is also an elder of the metaphysical association, although young, she is known as a master of metaphysics. As an elder elder, one can imagine how powerful her metaphysical level is.]
[266L: I still remember that cloudless fortune teller apologized to Gong Qingyao on the Internet. It was because he criticized Gong Qingyao for making a show before, and was beaten in the face afterwards.]
[267L: Yes, I remember Gong Qingyao's fortune-telling on Weibo is very accurate.]
[268L: So it is all Gong Qingyao's doing?]
[269L: What the host said feels a bit reasonable inexplicably.]
…

[389L (Poster): Everyone knew Gong Qingyao’s metaphysical attainments. I will briefly summarize it. In reality shows, the crew encountered many things and Gong Qingyao dealt with it. In the Metaphysical Society, Gong Qingyao was regarded as the guest of honor by the president of the society, and even the famous metaphysics Tang Ruihe once praised Gong Qingyao as an expert. Why didn’t such a powerful person come forward to respond to this incident? On the contrary, she has been nesting in the Gong family courtyard and no one is allowed to enter. How can it be possible that huge Gong family courtyard can only accommodate no more than a few hundred people?!]
[390L: I didn't believe it at first, but I really believed it when I read this.]
[391L: Tomorrow, many people on Weibo will go to team up to destroy Gong family courtyard, let's go to the end of the world together, is anyone going?]
[392L: Originally I didn't want to go, but now I have changed my mind.]
[393L: Brothers, take me.]
[394L: And me.]
...
"Master, what should we do? These people are coming to destroy Gong family courtyard tomorrow." Lu Qianqian said. Although these people had no deterrent effect on Gong Qingyao, the people behind them inciting the emotions of the masses were also very hateful!
Gong Qingyao took the phone and glanced at the post. Even if there were a thousand people, she was not afraid, but she still hadn't found a way to crack the formation, so she stayed silent.
While holding the phone, Gong Qingyao received a video call request.