The Master of Metaphysics is The Movie Queen – Chapter 112

The viewers laughed while commenting.
[Yes, yes, this is the entertainment industry in our country.]
[Hahaha, is the world so unfair?]
[You are all wrong. In Sister Yao's heart, looks are not important.]
[Yes, Sister Yao just said that face is more important.]
[The one in front, are you trying to laugh me to death? Lololol]
…
Seeing that everyone seemed to hope that their skin would be good, Gong Qingyao said, "Probably because of my regular health training and Qi training?"
"Practicing Qi?" Yu Chuxue said, "Can we do this?"
Everyone still remembered when Gong Qingyao flew. If they could also fly, it would be great, who never imagined if they could fly around when they were young.
Qi training definitely required certain qualifications, although not everyone could learn it, but gaining basic physical fitness was still possible, Gong Qingyao said, "Yes."
Everyone was immediately excited, "Sister Yao, can you teach us?" Zhong Xinyi asked.
"Yes, but,"
As soon as they heard but, everyone immediately became nervous. However they only heard Gong Qingyao saying, "We have to settle breakfast first."
"Hooray!" Zhong Xinyi shouted happily.
…
Everyone was very happy, even the viewers were very happy. It would be great if they could get a set of Qi practice methods by watching the live broadcast. They could be like those martial arts cheats that they imagined when they were young. Maybe they could become masters this time.

The viewers immediately went to Weibo to discuss this matter. After a while, Gong Qingyao was pushed on Weibo hot search to teach the Qi practice method.
Upon seeing the news, Liao Yehong immediately asked the society to spread the information and let everyone in the society watch it.
People who learned the news one after another got on the live broadcast happily and made some jokes. Even if Liao Yehong didn't ask, they would watch it, okay? Everyone still remembered that Gong Qingyao's instructions at the exchange meeting were all real experience. Although they couldn't be like Gong Qingyao, they could still learn a little bit.
Therefore, Mao Liqiang and others waiting outside suddenly discovered that the number of viewers on the live broadcasts had exceeded 50 million. This number had exceeded their highest record, and these numbers was still rising.
…
Soon the guests stopped talking, because the desert was dry and no water source was found yet, everyone could only talk less to avoid thirst.
When she got to one place, Gong Qingyao asked the cameraman for a coin and started to use Six yao divination. Seeing this scene, all the metaphysical masters who were watching stood up. They saw it again! They saw their elder use six yao divination again!
Soon Gong Qingyao withdrew the coin, and then pointed to one direction. Everyone didn't hesitate, and ran directly. After walking for about ten minutes, everyone found a small bush not far away.
Guo Yuankai couldn't help but said, "Sister Yao is too good, there really is something!"
Except for the show’s fans, the masters of metaphysical society, and Gong Qingyao’s fans, some new viewers said that this was probably arranged by the production team.
[What bull****, who can arrange something out in such a big desert.]
[It is recommended that viewers who said this to make up their knowledge and see the previous episodes.]
[Don't even bother to argue with this kind of person.]
[As a fan of Xingyu, I really acknowledge Sister Yao's greatness.]
…

Where there were bushes, there should be a source of water. After everyone walked over, they began to dig.
Lu Yongyi said on the side, "These leaves can also be eaten."
Everyone immediately became happy when they heard it, so that the water source and breakfast were all done.
Although the leaves did not taste good, everyone was already happy to be able to eat. The water in the bushes still smelled like sand, but no one complained. Everyone knew that it was extremely difficult to survive in the desert. It was good to have one bite of something and one gulp of water. In addition, after a few recordings, everyone had become accustomed to it. What's more, this was the last one. Everyone was participating with a cherishing attitude, so there was be no complaints, but rather happy moods.
After they filled their stomachs, Gong Qingyao stood up and said, "I will play a set of moves, everyone can try to follow them."
Upon hearing this, everyone went up and stood in place like good students. Even the cameramen put their cameras aside and stood behind. They also planned to follow along.
"Stand up, just wait for Sister Yao to teach." Yu Chuxue took the lead.
Gong Qingyao knew that they had never learned how to practice Qi, so she said, "I'll do it first, and then everyone just learn slowly."
Everyone said in unison, "Okay!"
Gong Qingyao moved at a speed that was half slower than normal.
Everyone: …
Could it be slower?
Careful viewers have already recorded this scene and were waiting to replay it indefinitely.
Some metaphysical masters saw this and did a few moves but also unable to follow. The knowledgeable Liao Yehong and others knew that Gong Qingyao had slowed down, so they shook their heads. The gap between Gong Qingyao and them was too big.
Gong Qingyao knew that they didn’t understand by everyone’s expressions, so she said, "I will move step by step, try to follow along." When filming the last time, Gong Qingyao saw a martial arts teacher instructing actors, so she knew how to teach everyone slowly.
Gong Qingyao made the first move, and everyone immediately followed suit. Seeing that everyone did a good job, Gong Qingyao continued to do the second move.
After completing the ten movements, Gong Qingyao said, "Okay, let's do these again in succession."
Everyone nodded confidently.
"Start." Gong Qingyao finished moving soon, but then found everyone standing in place. They had an expression of who I am and where I am.

Yu Chuxue was a little dazed, "I swear, I have learned them one by one just now, but I don't know why it won't work if I do them together."
Zhong Xinyi on the side covered her face, "Stop talking, me too."
Not only that, many viewers were the same, except for the metaphysical masters who were slightly better.
Gong Qingyao had to start again, and learning time passed very fast. Seeing that the time was approaching noon, Gong Qingyao stopped her moves, "Everyone drink some more water, let's find a place to hide." The sun at noon was too strong, it's hard if these people were dehydrated by the sun accidentally.
Yu Chuxue wiped the sweat from her forehead and hurriedly went to eat leaves and drink water with everyone. Then, under the leadership of Gong Qingyao, everyone found a big rock and hid in the shadow behind the rock.
Gong Qingyao sat cross-legged on the spot. Although there was no vegetation here, there was a kind of other aura that was also convenient for cultivation. The rest of the guests sat together and chatted quietly, or sleep to preserve their body.
When the sun slowly set, Gong Qingyao got up and said, "Everyone stay here, I'll go find some food." There would be wind at night. If there was a sandstorm, Gong Qingyao could get out easily, but it would be difficult for Lu Yongyi and others. With their strength alone, it would be difficult to resist.
Yu Chuxue quickly asked, "What about you?"
"I'm going to find food." Gong Qingyao said.
"I will go with you." Lu Yongyi stood up and said.
"No, you stay here. I'll be back in a while." Gong Qingyao got up and walked away. After a few steps, she turned back and said to the cameraman, "You stay here too."
The cameraman originally wanted to keep up, but after walking a few steps, Gong Qingyao couldn't be seen anymore. The cameraman could only silently walk back to the crowd.

Viewers thought this scene was very funny.
[I feel the helplessness of the cameraman even across the screen.]
[Hahaha, my Sister Yao ran so fast, the cameraman couldn’t catch up.]
[Storms are prone to occur in the desert. Sister Yao is probably afraid that everyone will encounter a storm. You see, there is a large rock behind the current position, so that it can resist part of it.]
[So Sister Yao went looking for food alone.]
[The reality show can be renamed to Sister Yao and her five children.]
[You in front, stop, I'm going to die of laughter.]
[I found out a long time ago, okay.]
[I wanted to see my Sister Yao, this time Sister Yao run away, and I don't know what to see.]
[Sister Yao's speed, an average cameraman wouldn’t be able to catch up.]
[Don't talk about the cameraman, I guess even a horse won't be able to catch up.]
[Do you think Sister Yao would be the first one if she participates in a sport meeting?]
…
The viewers could not see Gong Qingyao's shadow, so they began to extend their discussion, and soon the topics got biased.
After Gong Qingyao left, she flew directly over the desert. Gong Qingyao flying in the air would gain a much wider vision. After a while, she found some Cistanche, but Gong Qingyao had no bags. 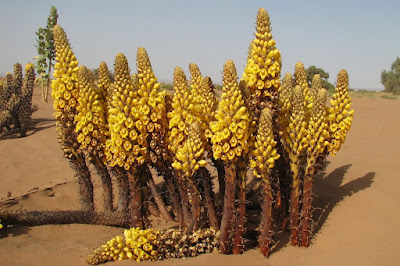 Gong Qingyao found some branches around, weaved them into basket, and packed the Cistanche in it. Then Gong Qingyao found wild fruits and picked a lot.
In the end, Gong Qingyao weighed the food she found, and estimated that it would be no problem to support them until noon tomorrow. Only then did Gong Qingyao return the same way.
Everyone sat for a while and found that Gong Qingyao hadn't come back yet. So You Xingyu began to suggest, "Should we go find Sister Yao?"
Zhong Xinyi glanced at You Xingyu, "Don't lose yourself in the process of searching, and then need Sister Yao to look for you in turn."
You Xingyu: … It made sense, he couldn't refute it.
Lu Yongyi looked into the distance, "Just wait, everyone." Gong Qingyao's ability was even more powerful than they thought.
As soon as the voice fell, Gong Qingyao appeared in front of everyone. The happiest among the crowd was the cameraman. He got up and ran towards Gong Qingyao.
The viewers saw Gong Qingyao's live broadcast window trembling suddenly, and soon after they saw Gong Qingyao's figure, the comments were immediately swiped.
[This time I feel the cameraman's happiness across the screen.]
[Hahaha, the trembling of this window makes me want to laugh.]
[This cameraman is so cute, can the production team add a chicken leg for him?]
…
Gong Qingyao put the food in front of everyone.
Yu Chuxue was a little surprised, "So much!"
"Well, everyone needs to eat." Her implication included the cameramen also.
Because they were going into the desert, the cameraman brought compressed biscuits and water this time. Although the biscuits were filling, they tended to make their mouth feel dry, but the water they brought was limited. So, seeing the food Gong Qingyao brought, the cameraman was immediately happy.
Anyway, there were too many, so everyone could sit together and shared the food.
"What is this?" Zhong Xinyi said, picking up the food on the bottom.
"Cistanche. It is also a relatively precious medicinal material." Lu Yongyi said, Cistanche was a bit bitter, but it was a good health food.
"What about this?" Yu Chuxue looked at the other one.
You Xingyu snapped back, "I know this. It's some type of jujube, also called orange jasmine fruit." 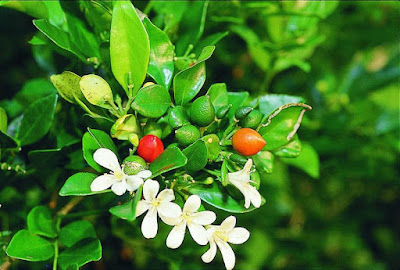