The Master of Metaphysics is The Movie Queen – Chapter 125

Gong Qingyao strode towards a white circle. At the same time, Qin Ze took one step ahead of her and also stepped into the circle.
Gong Qingyao's face sank slightly, "Come out."
"No!" Qin Ze said, "I know what you are going to do, I will do it." If he could die for Gong Qingyao, he would be happy.
"You can't break the formation." Gong Qingyao said.
"I can." Qin Ze said. At that moment, Qin Ze seemed to think of what Gong Qingyao and Tang Ruihe had said before. With the strong premonition in his heart, Qin Ze felt that once Gong Qingyao stepped into it, she would die.
"Quickly come out." Gong Qingyao said, if the formation existed for an extra second, the people in this world would suffer a bit more. If it was normal, Gong Qingyao would directly pull Qin Ze out. But in this formation, if anyone entered, other people could only stand outside the circle and cannot enter.
Qin Ze tried his best to recall the method of breaking the formation that Gong Qingyao said, and said, "Qingyao, I like you." After a while, he finally mustered up the courage to say this.
Gong Qingyao was taken aback, obviously this kind of occasion was not suitable for saying this.
"I know, I am not worthy of you." Qin Ze said, but he would work hard. However, now it seemed that there would be no chance in the future, but it was good if Gong Qingyao could remember him.
After saying this, Qin Ze went to break the formation.
But, suddenly Xiaomi's voice rang abruptly, "Brother Qin Ze, can you help me pick that flower?"
Qin Ze said habitually, "Oh, okay." Then he squatted down, wondering why Xiaomi was here.
The moment Qin Ze's hand was outside the circle, Xiaomi took Qin Ze's hand and pulled him out. At the same time, she stepped into the circle. Her strength was not so great, but Qin Ze was not prepared at this time, so he was pulled out of the circle with a light tug.
Gong Qingyao's face changed, "Xiaomi, come out!"

Qin Ze stepped forward and also said nervously, "Xiaomi, come out!"
A sweet smile appeared on Xiaomi's face, "Sister Qingyao, you must be happy. Although I don't think Brother Qin Ze is worthy of you, at present, it seems that there is no more suitable person than him."
"Come out!" Gong Qingyao's expression of anxiety grew stronger and stronger.
Xiaomi said with a smile, "Sister Qingyao, don't worry, my parents are waiting for me."
Xiaomi's parents were indeed not far away.
Gong Qingyao froze. At this time, Xiaomi introduced three formations. As a very talented formation maker, it was very easy for Xiaomi to break the formation.
In fact, before the first aperture appeared, the small figure that came was Xiaomi. When Xiaomi found that there was something wrong with Gong Qingyao, she immediately begged her grandmother to bring her to the capital. On the way, many cars were unwilling to come to the capital. Later, good-hearted people sent them kindly. The moment they arrived in the capital, Xiaomi saw Gong Qingyao walking into the light and shadow. At this time, it seemed that all the knowledge that Xiaomi had learned was in her mind.
At the last moment when the aperture disappeared, Xiaomi stood still in the circle.
The formation was broken, and Xiaomi’s smiling face froze. Heaven and earth, once again brought great changes.
Gong Qingyao held her heart, and quickly read something. Then Gong Qingyao vomited a mouthful of blood and fainted. Qin Ze on the side immediately went up to support her.
... 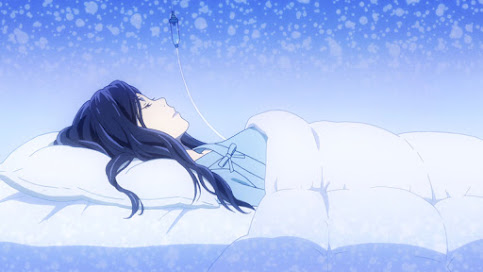 Gong Qingyao had a dream, a long and long dream. First, she dreamed of Pei Yinyang. He knelt in front of her and said, "Although you have never admitted me, I always regard you as my master."
Soon picture turned, and Pei Yinyang became Xiaomi, "Sister Qingyao, I was not able to be your apprentice in my previous life. I am very happy that I can be your sister in this life."
It turned out that Pei Yinyang was Xiaomi’s previous life…
The picture turned again, and Xiaomi’s family of three walked forward holding hands. Before disappearing, Xiaomi turned her head and looked happy, "Sister Qingyao, Mom, Dad and I are going to reincarnate. Thank you. We lived as good people in this life, I believe that we will all be happy." After turning her head, Xiaomi said silently in her heart, if she could, she still wanted to continue studying metaphysics.
At the moment Xiaomi broke the formation, Gong Qingyao chanted the death scripture. Xiaomi and her parents did indeed invest in a good and kindness, and the family was no longer as poor in Hongyan Village.
The picture quickly changed again. This time it was Feifei, or more precisely, Feifei when he was a child. On the side was also Gong Qingyao when she was young. She met Feifei by the stream when he was injured. Gong Qingyao went up to bandage Feifei up, and then left.
Unexpectedly, it was Feifei who she met at that time, but Gong Qingyao never connected that young animal with Feifei.
The picture changed again. This time it was a young couple, but the two seemed to have suffered an accident. The mother protected the child by her side and breathed a sigh of relief, "Fortunately, the child is fine."
The husband on the side looked a little sad, the child was fine, but they…
The mother also thought of this and her tears were raining down, "There will be hope as long as she lived."
The husband held the mother and child in his arms, and the two closed their eyes forever, but the baby in the swaddle didn't seem to know what happened. And this young couple was the previous incarnation of Song Qiubai and Gong Liangji...

The picture turned again, and a young man dressed in white looked at Gong Qingyao, "Master, do you have someone you like?" The man seemed to be shy. It was obvious that the man said this with great courage, and he was very excited.
Gong Qingyao turned and left, leaving only the very lonely young man. He muttered in the direction Gong Qingyao was leaving, "Master, I really really like you, but why do you never look at me?"
In fact, it was not that Gong Qingyao didn't look at him, but it was the eve of the battle between her and Li Yinyang.
It turned out to be like this. Everything was destined.
The picture gradually dissipated, and there seemed to be some noisy surroundings.
"Qingyao! Qingyao! Wake up!"
The voice was full of worry, Gong Qingyao opened her eyes slightly.
Someone exclaimed, "Qingyao wakes up!"
The portrait that caught the eye seemed a bit familiar. After a while, Gong Qingyao realized that it was Qin Ze. Gong Qingyao was a little confused, but after a while, Qin Ze had a lot of vicissitudes.
Song Qiubai and Gong Liangji on the side hurried over when they heard Qin Ze's voice, and both looked surprised, "Qingyao, you are awake!"
Gong Qingyao wanted to speak, but found that her throat was a little uncomfortable.
Song Qiubai quickly picked up the water glass on the table and brought it to Gong Qingyao, "Drink some water first."
Gong Qingyao drank a few sips of water, feeling her throat became more comfortable, and then said, "I make everyone worried." The voice was still a little hoarse.
Everyone shook their heads, and only Lu Qianqian who was floating on the side said, "No, everyone is worried about you, Master, do you know that you have been in a coma for five days? Five days!"
Five days? Gong Qingyao was a little surprised. She thought it was only a while, but she didn't expect five days had already passed.
"It is good that you wake up." Gong Liangji said, Song Qiubai nodded repeatedly. As long as Gong Qingyao could wake up, this was already very good.
Qin Ze asked, "Are you hungry?"
During these five days, Gong Qingyao relied on drips to maintain nutrition. Hearing Qin Ze question, Gong Qingyao said sincerely, "I'm a little hungry."
Qin Ze got up immediately, "I'll get you the porridge." In the past few days, everyone did not know when Gong Qingyao would wake up, so they prepared porridge every half day so that whenever Gong Qingyao woke up and wanted to eat, there would always be hot porridge ready for her.
Song Qiubai immediately set up the table frame on the bed, while Gong Liangji helped Gong Qingyao get up and rolled the bed to a comfortable position by the way.
Qin Ze put the porridge on the table. Originally he planned to feed Gong Qingyao, but she ended up eating it by herself. After two bites, she seemed to think of something, and asked, "Are you guys not eating?"
Without waiting for Qin Ze and others to answer, Lu Qianqian said, "Don't talk about eating, I don't think Uncle Gong and the others have much sleep in the past few days."
Gong Qingyao felt a little guilty, "I'm really fine." After saying that, she looked at Qin Ze, "Could you please take my parents to dinner first?"

Qin Ze was satisfied with Gong Qingyao’s request. Originally, seeing Gong Qingyao awake, Gong Liangji wanted to say more, but Song Qiubai on the side took his hand and said, "Let’s go, let’s eat something." Gong Liangji's body was originally normal, and after Gong Qingyao returned it became better, but after the five-day suffering, he also had a lot of vicissitudes. Song Qiubai didn't want her husband to have health problems. Only then did he agree.
The ward was emptied immediately. Gong Qingyao ate a small bowl of porridge, got up, tidied the bed, and stretched her body, running the profound energy in her body. After a long time, Gong Qingyao opened her eyes and exhaled a stale breath.
If Qin Ze and others were there, you would definitely find that Gong Qingyao's spirit in front of him was better than before, and they wouldn’t expect that she had just woken up from five days of coma.
Gong Qingyao glanced at the two ghosts floating in front of her, and then walked to the window. The ward she lived in was on the highest floor of the hospital. There was only one person in each room, and there was a lake outside the window, which made people feel calm.
Lu Qianqian couldn't help but asked, "Master, did you know it a long time ago?" After speaking, she pointed to the ghost next to her.
Gong Qingyao nodded faintly.
"Know what?" The ghost next to Lu Qianqian asked.
"Knowing that you are going to die." Lu Qianqian said naturally with a look.
The ghost choked, lost in thought.
Lu Qianqian on the side also followed Gong Qingyao's gaze to the window. As for the words just now, she didn't have anything to explain.
After the ghost was silent for a while, he suddenly showed an expression of enlightenment. He remembered that when Gong Qingyao came to his room before, he thought he was going to be killed, but he didn't expect the other party to just say something and then left so lightly, saying that he needed to do it himself. The ghost nodded. Although he was dead, he was very happy. He had never thought that he could be very happy being a ghost.