The Master of Metaphysics is The Movie Queen – Chapter 82

The leaves of Biluochun were very delicate, so people had to be very careful during the brewing process. All camera equipments had already started filming, and Bu Yi was standing behind the main camera watching the shot.
Gong Qingyao boiled the water on the side. The first step in making tea was to clean the tea set. Cleaning the tea set not only cleaned them up, but also raised the temperature of the cup. After cleaning, Gong Qingyao rotated the water around the cup again. This method was to keep the temperature of the whole cup consistent. After doing so, she poured new boiled water into the cup.
Gong Qingyao poured the boiled water into the cup, and when the temperature dropped to about 85 degrees, Gong Qingyao gently poured Biluochun leaves into the cup with a teaspoon, and saw they slowly unfolded.
Bu Yi nodded silently, the unfolded Biluochun showed no trace of damage, which was enough to show Gong Qingyao's carefulness.
Gong Qingyao put on the lid of the cup and waited patiently for three minutes. Although Gong Qingyao didn't do anything at this time, everyone could feel her comfortable mentality, so even if she didn't do anything, it didn’t feel awkward. Three minutes later, Gong Qingyao lifted the lid of the cup, took a sip, and nodded. The first-class Biluochun had a bit of sweetness, and the aftertaste could be tasted long after. This can of Biluochun was obviously good quality.
As the filming went on, Bu Yi’s eyes were full of praise. Now everyone made tea by putting the tea on the cup and then adding boiling water to it. This method of making tea made the fragrance of tea lost. Everything was to fast-paced these days. To correctly enjoy drinking tea, people needed to slow down and savor it carefully.
Even when drinking tea, Gong Qingyao still looked very leisurely. Her every move of making tea was like a fairy going down the mortal world. Bu Yi had already begun to look forward to the broadcast of this advertisement.
After the director finished shooting, Bu Yi walked directly to Gong Qingyao and sat down in front of her, "Can Qingyao please give me a cup of tea also?" Bu Yi's name to Gong Qingyao changed from Miss Gong to Qingyao.
Gong Qingyao made another cup of Biluochun using the same method as just now, and then handed it to Bu Yi, "Here."
Bu Yi took the cup and took a sip. This Biluochun was her mother's favorite thing. She had never understood. She thought that Keemun black tea was much better than Biluochun. Only today did she discover why her mother liked Biluochun. The two of them just sat quietly, no one said a word, until they finished drinking the tea. 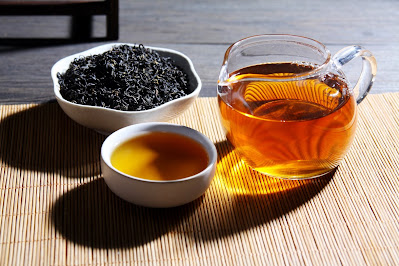 
Gong Qingyao didn't explain much either. After the two parties had come to an agreement, Gong Qingyao went home. The subsequent filming and other notices would be given later, after all, Qu Yi had to find other supporting actors.
...
At about nine o'clock in the evening, Gong Qingyao received a call from Liao Yehong. Liao Yehong called mainly to make sure that Gong Qingyao would attend tomorrow's meeting. Gong Qingyao said that she would be there.
The annual metaphysical exchange meeting was held in the ancient city building of the Capital. The ancient city building was also the location for Society of Metaphysics' office. When Gong Qingyao arrived, the parking lot was full of cars. When she finally found a vacant place to park, Gong Qingyao then took the invitation to go up.
Originally, Lu Qianqian planned to follow along to see the excitement, but all the people present today would be metaphysical masters. What if she met someone more powerful and they hacked her directly? So for safety, Lu Qianqian decided to stau with Feifei at home.
While Gong Qingyao was waiting for the elevator, a fashionable young lady and a middle-aged man came next to her. The young lady was wearing sunglasses and stood beside Gong Qingyao.
Soon the elevator came. The young lady walked into the elevator first, and Gong Qingyao then walked in also.
The young lady snorted coldly, "These days, anyone can come to the exchange meeting."
The middle-aged man on the side coughed twice but said nothing.
Gong Qingyao didn't even look at these two people from beginning to end.
The elevator reached the first floor, and the young lady walked out first, she walked towards the hall with a swaggering pace. There were staffs waiting at each entrance to the hall. Compared with the amount of invitations sent for this exchange meeting, there were more people who wanted to join, so all participants had to show their invitations to enter.
The young lady did not bring her invitation and was stopped by the staff.