The Master of Metaphysics is The Movie Queen – Chapter 70

They couldn’t jump into the lake to catch fish. Besides, the boat was a little high above the water. It was not feasible to just reach down.
Everyone looked at each other, while Gong Qingyao was squatting under a cabinet in the kitchen. She found a ball of thread and a thin wire on the deck of the ship. Gong Qingyao directly cut some thread, bend a wire into a round hook shape, and finally tied the two together.
Yu Chuxue on the side couldn't help asking, "Are you going to use this for fishing?"
"Yeah." After Gong Qingyao tied the wire, she threw out the wire hook tied with the thin thread to the lake.
Zhong Xinyi asked innocently, "Can you catch a fish without bait?" She didn't believe that Gong Qingyao could catch any.
Guo Yuankai suddenly said, "Qingyao said yes, so she will definitely be able to."
Everyone: ...
The viewers also laughed.
[Didn’t Guo Yuankai always oppose Gong Qing Yao at the beginning?]
[Hahahaha, this show really makes everyone change a lot.]
[But to be honest, can she really catch fish without bait?]
[Just see.]
[I agree, I think Guo Yuankai is right. If Gong Qingyao said yes, it will definitely work.]
...
Gong Qingyao threw the hook out, and everyone came out to watch. After a short time, Gong Qingyao pull up a fish.
You Xingyu sighed, "The charm of Qingyao is so great that empty hook can catch fish."
Lu Yongyi on the side explained with a smile, "Lake Yuhai's ecology has always been very good, so there are many aquatic animals in it. We can see that there are a lot of fish, so if we put down a hook, we can catch fish even without bait."
"That's it." Zhong Xinyi showed a trace of worship in her eyes, "Yongyi, you are really good." Careful people would find that Zhong Xinyi treated Lu Yongyi differently. After all, Lu Yongyi was now the third most popular person in this reality show.
"I just happened to be interested in Lake Yuhai." In this reality show, from the first issue to the present, the only thing that hadn't changed beside Gong Qingyao was Lu Yongyi, who had always been a humble and low-key person.
When everyone saw that they could catch a fish this way, they learned from Gong Qingyao and also took the ball of thread, tied the hook and started fishing. But soon someone discovered that Gong Qingyao could quickly catch a fish as soon as she threw the hook down, while they threw it down and felt that the thread was moving, but there was nothing when they pulled it out.
Zhong Xinyi shouted excitedly, "Ah! I caught one!" Everyone turned around and saw Zhong Xinyi pulled her thread, but there was nothing on it, not even the hook. Zhong Xinyi looked dazed, "What about the hook?"
Guo Yuankai couldn't help but replied, "I was eaten by the fish."
The viewers laughed loudly.
[How hungry are the fish in Yuhai? Even the hook is eaten.]
[Is it right? How come?]
…
You Xingyu looked at Lu Yongyi, "Fishes here eat iron?"
Lu Yongyi shook his head, "It’s not that they eat iron, but the fish cut the thread.]


Watching the live broadcast, the viewers also seem to think of Hongyan Village.
[I have been there before, but the journey is too difficult. Although Hongyan Village is beautiful, I won't go there again until the road is repaired.]
[That Xiaomi is very pitiful. Her parents are no longer alive, and she only has her grandma left.]
[Suddenly I feel that Gong Qingyao is not a cold-hearted person, and I am inexplicably moved.]
[Yes, Gong Qingyao will go to Hongyan Village to spend the New Year with them.]
[I just checked. Gong Qingyao is an orphan.]
...
When the viewers were discussing, Lu Qianqian came back and told Gong Qingyao about the location. Where the camera could not take pictures, Lu Yongyi saw Gong Qingyao made a gesture under her sleeves. After that gesture, there was a gust of wind around and the ship suddenly changed its direction.
After about half an hour, everyone saw a small island not far away. You Xingyu first shouted, "Look, everyone, there is an island over there."
When everyone was happy, Lu Yongyi turned around and found that Gong Qingyao was still showing an indifferent expression, but Lu Yongyi knew in his heart that all this was probably done by Gong Qingyao.
Because they were close to an island, everyone asked the captain to dock the boat next to the small island, and then everyone went to the island one by one. There were a lot of dead branches on the island. Needless to say, everyone consciously gathered these dead branches to the boat. After that Lu Yongyi made a lot of distilled water.
At noon, everyone decided to eat on the island, so after filling up the firewood in the boat, some of them started cooking. Lu Yongyi made distilled water and came out to catch food with You Xingyu on the shore. In addition to some crabs, the two also found a lot of conch. 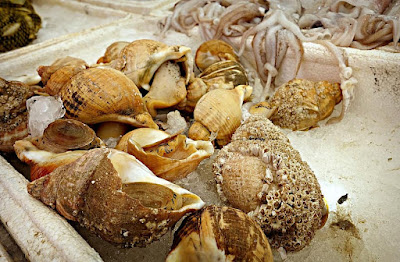 "These are enough to eat at noon," You Xingyu said.
"Let’s also prepare for tonight and tomorrow." Lu Yongyi found a basket on the boat, "I'll go there and take a look." It would be better if some shellfish could be catched.
Seeing that Lu Yongyi was going to the deep area, You Xingyu said, "Then you be careful." You Xingyu was not good at water, so he didn't rush to go with Lu Yongyi.
Gong Qingyao picked some plants from the island. The production team would not provide seasonings and other things. They could eat seafood when steamed, but with some seasonings, the taste would be more delicious. Just when Gong Qingyao picked some vegetables, she heard a scream not far away.
-----
The author has something to say:
Mao Liqiang: Please let me live T-T
Stupid author: Don't worry. Your life is determined by Gong Qingyao, it's okay.