Qin Mo ate a whole bowl of sauerkraut fish from Xinya Sichuan Restaurant in the morning, and the delicate taste was still clearly in his memory. But without comparison, when the sauerkraut fish fillets from the cafeteria entered his mouth, he remembered the words of the thin girl in the hospital bed. The sourness of the dish in the morning was indeed not enough to completely blend with the fish fillets. But the one in front of him had complemented the fresh and original taste of the fish fillet itself. There was even a kind of wild taste of sauerkraut that had been completely tamed in the mouth, and then combined into one smooth taste.
"This is the best fish fillet I have ever tasted, no doubt!"
"Suddenly I felt that the fish I used to cook in the wild was like the devil."
"Fool, did you not get rid of the internal organs? It on itself already has an earthy smell!"
"Yesterday's seafood and fish porridge was also delicious."
The sergeants enjoyed their lunch and had lively memories.
The corners of Qin Mo's mouth curled. He quickly packed up the lunch box, put it into the temperature keeping box, and put it into his personal space.
…
In the ward, Liu Weiwei, who finally succeeded in driving a certain Major away, consulted with the medical robot and got the answer that she could go to Skynet for a while. She immediately put on the radiation protection suit that Major Ice Cube bought for her. But as soon as she was about to go online, she spotted a pitiful little furball on the blanket in the corner of the ward door.
"Ah, Xiao Bai!"
Hearing Liu Weiwei’s call, the two lop ears of the little rabbit moved slightly, revealing a small furry face, and the watery rabbit eyes looked at her. These little eyes seemed to be greatly wronged.
Liu Weiwei's heart softened all of a sudden. "Little baby, come here, are you scared? I hug." She coaxed, but Little Bunny didn't move. Instead, it sneaked out of its head and looked carefully at the door. After two whimpers, it stretched out two soft little furry paws towards her.
Hug, hold high. This was written on the little rabbit's face.
Liu Weiwei's senses were invaded with cuteness. However, she was ordered not to get out of bed. "Baby, come here."
The little rabbit whimpered again.
Liu Weiwei blinked and saw that there was a lot of Timothy hay and rabbit food on the blanket on which it was lying, all of which it didn't like to eat. She quickly took out the hay cookie bars left in her space.
The little rabbit stood up all of a sudden! But within a second, it lied back blankly.
Liu Weiwei was so anxious. The little rabbit could not speak or express, but with food, usually it would have jumped into her arms long ago.
"Major Qin Mo forbids this rabbit to leave the blanket." The little nurse next to Liu Weiwei happened to come over to take her temperature. The nurse stood at the door and covered her mouth with a smile.
"Huh?" Liu Weiwei was so shocked that the hay cookie bar almost fell to the ground.
The little nurse helped Liu Weiwei pass the cookie bar to the little rabbit. Sure enough, it bit down in one bite, pulling with two paws, and chucking small bites.
"Ah, it's so cute!" The little nurse couldn't look away, but quickly disinfected her hands and took the thermometer over. "When the major frowned, even we were scared, let alone little rabbits. Yes. He was fierce last night. He pointed to the blanket and said that if it dared to jump out, he would send it back to his hometown!"
Liu Weiwei: "…" Imagining such a weird picture, she felt like laughing. Such a tall man bullied a little rabbit?
"But what the major said is also reasonable. After all, there are many patients in the clinic. If the little bunny runs around and disturbs others, it will be no good. He didn't put it in a cage, but we didn't expect this bunny to be so obedient." The little nurse sighed, and quickly finished measuring Liu Weiwei’s temperature, "Thirty-six point seven, normal." (TN: 36.7° C approx 98° F)

Liu Weiwei thanked the nurse, a little embarrassed, "I will send the rabbit back."
"Ah, it's okay, it's very obedient. It hasn't come out even once."
Liu Weiwei smiled bitterly. She felt that Xiao Bai was a bit pitiful.
After the little nurse left, she closed the door thoughtfully.
Liu Weiwei sighed. Fortunately, after the little furry rabbit ate a piece of hay cookie bar, it squinted contentedly, rolled itself into a ball and started to doze. She looked at it for a while, confirmed that it was okay, and then logged in to Skynet.
…
Because Liu Weiwei had been stared at by someone since she woke up, her time for setting up a stall today had been delayed. Her regular customers come to queue on time every day, and she felt a bit sorry for being late today. But after going online, she found that she was also a little nervous about the baby in her belly. She was a little worried about whether it would be bad for the baby. Although she had confirmed with the medical robot that the Internet had no effect on the baby for the time being, she decided to lighten her work today.
Liu Weiwei directed the robot to set the table, and before long, two or three familiar customers came over crying.
"Boss, I thought I couldn't eat your craftsmanship today, I thought I was abandoned!"
"Scared to death, if you don't sell food online, I guess I will have anorexia!"
"Fortunately, I came over and took another look at noon."
Liu Weiwei smiled apologetically, "Something happened, please sit down first and I will start business immediately." As she spoke, she began to write today's menu on the board. Because virtual internet only read brain waves, it didn’t really make her body feel tired, so she bent down to write with confidence.
[Sale today: Thirteen-flavored crayfish, 1,000 credits per serving; Husband and wife's lung slices, 300 credits per serving; Dried tofu soup, 100 credits per serving. Limited one copy per person.] (TN: Dazhu gansi/大煮干丝/ Dried tofu soup is a specialty dish of Huaiyang cuisine. Dried tofu is sliced into matchsticks and served in chicken stock.) 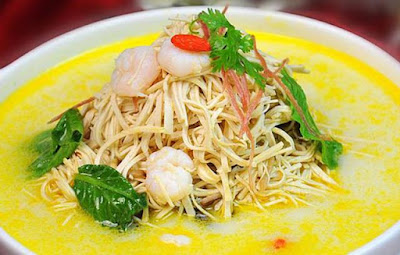 [Discount: Husband and wife lung slices. If a couple goes online to buy food together, and use one sentence to describe the moment when the other party touched you the most, they will be given a half price discount, and a complimentary dried tofu soup will be given.]
Experienced diners, seeing this weird discount condition, were all surprised.
New diners thought the stall owner was super interesting.
However, many single dogs wailed after reading. (TN: Single dogs term is slang used to refer to single people.)
"Boss, I am single since birth until now. Just tell me, will there be any food discount that suits my single life next time?"
"…Husband and wife's lung slices, It has poked my heart. Boss, I wanted to try this dish, but now I am stuffy, I'll cry first before buying it.]
"The most unique stall, there is no comparison."
"See! I knew when the boss didn't come this morning she will just show up to do something!"
Liu Weiwei felt funny listening to everyone’s crying, but she explained, "This husband and wife's lung slices was first created and cooked by a couple who supported each other. They were also setting up a street stall at the time. I just wanted everyone to understand the story behind this dish while tasting it~ Sorry, I will have a discount for singles on Singles’ Day."
"Singles’ Day! Boss, everyday is a holiday for us singles you understand?"
"I'm single today, can I get a discount?"
"Boss, this story of you is very touching, I immediately shed tears, you give me a discount!"
Liu Weiwei was amused. Fortunately, everyone just talked about it and didn't really embarrass her. After all, everyone’s monthly salary was more than 10,000 or even 100,000. Everyone quickly found a clean table to sit down and order. But because there was a special need for couples, she still advertised today.
Unexpectedly, couples were not much, but a large wave of new customers came first. Most of them were young internet addicted people who had seen the legend of the food stall in online forum. Many were newcomers who had been brought by their good friend.
After a while, the tables were all filled.
"Wow, although this dish is not very friendly to single dogs, it is still super delicious when it is mixed with rice!"
"Compared with the spicy Mapo tofu, the cool spicy oil of Husband and Wife's lung slices also has a different charm. The ingredients in it are surprisingly chewy!"
"It's refreshing. The more you eat, the more fragrant it is, and it's so spicy!"
"Well, I still miss the Chubby Bath Curry Rice. The curry is smoother and more integrated with the rice."
"Mapo tofu is also very suitable to be mixed with rice. The softness of tofu and the chewiness of rice are a perfect match!"
"Hey, can you stop talking? I wish I could grow three mouths by myself!"
"Boss, another husband and wife's lung slices!"

Liu Weiwei moved very fast. After all, many of the dishes sold were semi-finished products that were already in her space. After being scanned into Skynet, it could be sold in batches with a little processing.
…
Finally, when the crayfish shells and empty plates made by the diners almost piled up two large buckets of rubbish, the first bold young couple went online.
The young husband also held a little cute baby with pink apple hair on his shoulders.
"Baba, this is the fragrant smell last time~"
Coincidentally, this was Peng Jialiang, the dad who passed by with his daughter last time, but was not in the queue.
Today he happened to take a day off and took his daughter to go online with his wife who was eating at home. He did not expect to hear Liu Weiwei's food advertisement. The last time he fully witnessed the magnificent scene where Mapo Tofu was almost sold out, and he personally filmed the ten-meter long commentary light screen and showed it to his wife, but it was mocked by her directly.
In the end, the forum broke the news, and his wife finally believed it. He was able to meet today, and Peng Jialiang pulled his wife over without hesitation.
Unexpectedly, they happened to encounter a couple's discount event!
"Stall owner." Peng Jialiang took his wife Liu Fang proudly, "This is my wife. We want to participate in this husband and wife's lung slices activity. In addition, each dish must be tasted."
Liu Weiwei had noticed them a long time ago. The little cute baby sitting high on the neck of the young man had a red face and an apple hair, which immediately attracted her attention. She didn't know if she had a baby boy or girl in her stomach, but she still felt very cute when she saw the pink little girl.
"Good-looking sister~" The little girl greeted Liu Weiwei softly under the guidance of her mother.
Liu Weiwei immediately raised her aunt's smile and waved to the baby, "Hello, baby, what do you want to eat~"