The early morning sunlight gradually shrouded the sky above Liyang High School.
Ten battalion commanders personally went to the Beast base to check the entire beasts transfer process.
All the beasts were fed with high-concentration anesthetic thought their feed, and some that had slipped through the net were directly injected with the anesthetic. The sleepy beasts were all carried to giant container truck, transported to the conveyor cabin, and then passed the cursor one by one. Its age, grade, physical health, whether there was any disability, etc was recorded.
The battalion commanders would help the school leaders from time to time, so the transfer speed was very fast. Basically, most of the beasts had been smoothly in the cabin by noon.
But when the last batch of beasts was delivered, all ten battalion commanders were taken aback. Gold news suddenly appeared on their brains. Gold meant high importance level, usually issued by Marshal or above. They lowered their heads at the same time and checked immediately. As a result, the expressions were all surprised.
"Have you all received it?" Commander of the 1st Battalion looked around.
Everyone nodded.
[Marshal Li Er: There is information about the new cook from Liyang High School, and the level of confidentiality has been raised to high level.]
"I have been in the army for so long, and this is the first time I have seen high-level confidential information!"
"Ah... high level, I heard it appeared only once in the last fifty years."
"If this is the case, then from now on, we can't discuss anything with anyone about Student Liu."
The battalion commanders quickly came to a conclusion. At high level, apart from reporting to the marshal, the rest couldn’t be leaked in any way. Even letting people knew they had her information was also an illegal operation within the scope of high level confidentiality.
The other battalion commanders didn't care, only Lu Qingheng had a bitter expression on his face. "The major asked me to look after her before he left. If he asks, what should I say?" Lu Qingheng's eyebrows were tied together.
The Commander of the 9th Battalion patted Lu Qingheng shoulder sympathetically, "You can't say anything."
"You also can't tell him the reason why you can't." The Commander of the 1st Battalion also glanced at Lu Qingheng sympathetically.
"But if Xiao Lu acted like this, the major would have guessed her confidentiality level soon." Commander of the 3rd Battalion interjected.
The Commander of the 2nd Battalion chuckled, "Xiao Lu, there are pillars on your left and right. If Student Liu comes to cook again tonight, I will take care of your share for you."
Lu Qingheng: "...Go away!"
But they were interrupted midway.
…
The two beast base teachers who were scanning the sleeping beasts looked at each other. Finding that several battalion commanders were not paying attention here, they were relieved and dared to speak.
"Teacher Jiang, you haven't found it yet? How could a Level 7 beast run away, and the base Beast Master has been staying in confinement recently."
"If it did, we will be dead."
"What?"
"If a Level 7 beast escaped outside... Then the two of us are not just going to be scolded to death by the principal, we are going to be arrested and sentenced!"
"Don't scare me! I haven't heard of any high-level beast discovered outside recently. Is it still in the base?"
"I have looked for it, no! So, just treat it as dead! It's just a bunch of beasts, it's normal to kill and be killed."
"Well, the other beasts might have rioted. No matter what happens, we have to insist that this Level 7 rabbit Beast Master was violently killed by the other beasts in the base, and even its bones were eaten."
"Don't worry, I know!"

Qi Fei was pushed by the people behind and almost toppled over. He was about to fight back, but soon a network management robot appeared in front of him.
[Sir, within one minute, you received a total of more than 50 citizens’ reports on Skynet, involving three major violations.]
[One is to conduct cyber attacks on others; two disrupting public order; three damaging public property.]
[Please go offline immediately and accept the investigation of Skynet Public Security System. No Internet is allowed until the investigation is over. Once convicted, depending on the severity of the circumstances, you will be deprived of 480-3600 hours of online time, and a fine of 100,000 credits will be imposed.]
[Thank you for your cooperation!]
"Cooperate your sister! What did I do?!!"
[Sir, the insulting management will deprive you of 240 hours of online time and impose a fine of 10,000 credits.]
Qi Fei: "Look...!" Before the next word came out, he was forced to go offline and his figure was soon distorted.
Sun Ling'er who came with him was terrified, but soon she was squeezed out from the front of the booth by the crazy people behind.
"Boss, give me a mapo tofu! Also the new product, I want a copy!"
"Me too!"
Liu Weiwei smiled, "Don't worry, follow the terms and there will be a discount." Soon, she set up another light screen.
[Discount offer 1: Anyone who purchases Mapo tofu and successfully compliments the food with a sentence of numbing, spicy, hot, fragrant, crispy, tender, fresh, and lively, will enjoy a 20% discount and unlimited rice.]
[Discount offer 2: For those who purchase thirteen-flavored crayfish, click this link... watching a full three-minute video will receive a 20% discount.]
The people in queue: ...The owner was playing tricks?
-----
The author has something to say:
Major: How about her these two days?
Lieutenant Lu: *(%(&$!)_#* Sorry Sir, the signal is not good, I’m going to fix my light brain!
Major: ...!!!
Marshal: Haha, you will understand the painstaking effort of being a teacher in the future, and it is too late for you to thank me for being your teacher.
…
Heaven Rewards the Diligent: How about you these two days?
Maiden Liu: Ha, I'm fine, being cooking soldier is very good, thank you. Let me give you some newly learned dishes: Husband and wife lung slices, Ants climbing a tree, Tofu brain, Dog ignore the bag...
Heaven Rewards the Diligent: =.= (secretly screenshot and forwards to his teacher)
…
The Marshal who received the screenshot suddenly ordered: Quickly change the girl confidentiality level from high to the highest! No one can divulge a word! Hurry up!
-----
TN:
Husband and wife lung slices = Fuqi Feipian/夫妻肺片/fū qī fèi piàn, popular Sichuan cold dish made of thinly sliced beef lung and offal. 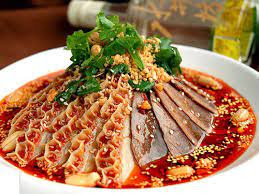 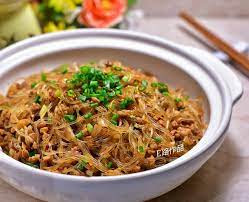 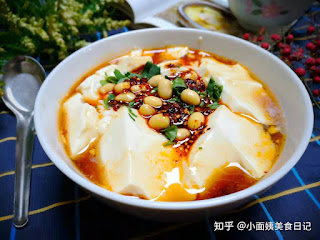 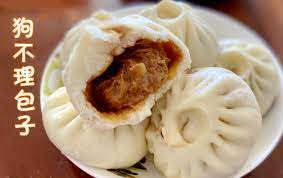