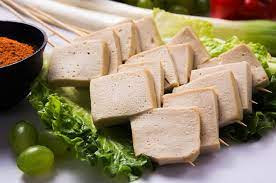 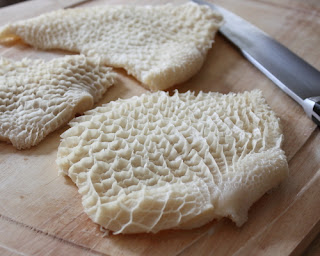 The cafeteria quickly became full of enthusiasm, and the twenty robots were very busy. Not only were there various fancy questions, but there were also many guys who asked for additional food and obviously refused to leave after eating.
Lu Qingheng touched his stomach and was about to collapse on the stool beside Lin Renhu, he laughed, "See? I told you to come to the cafeteria earlier today, how good?"
Lin Renhu bit the last three skewers of iron spine cow tripe into his mouth, and then quietly enjoyed it. His whole mouth was filled up instantly. A mouthful of spicy oily juice mixed with the firm and refreshing tripe, crunching in his mouth, and then the great feeling of explosion. Finally, the juice dripped from the corner of his mouth, and he wiped his mouth and closed his eyes contentedly. Just one bite of pure deliciousness!
Lu Qingheng shook his head, "Just like that, you're already in a fairyland? That's it, and you can't even speak? So weak! What if you eat a more refreshing food than this? Will you swallow your tongue?"
Lin Renhu stared, his stomach was almost bursting, but he still swallowed fiercely, "More refreshing than this?"
Lu Qingheng patted him on the shoulder, "Hu Dear, our good time is just starting, you know? From tomorrow, we should train hard and improve every day, so we can have all the delicacies of the mountains and seas that previously only seen in the history book!"
Lin Renhu opened his mouth, touched his head, and wanted to ask a question, but Lu Qingheng got his neck hooked and stood up. "Let's go. We have eaten full, so let's digest and digest a few ways! By the way, I will take you to see this lieutenant's newly acquired Level 4 beast familiar!"
"Level 4...?" Lin Renhu didn't know about the kangaroo. He felt a little hypoxic in his brain as he was so full. He was a little confused for a while, and could only be dragged out by Lu Qingheng.
Lin Renhu's somewhat swollen head only woke up when he felt a cool breeze outside. "Lieutenant, why are you in the cafeteria today? Wait! Isn't only to 25% on training rank could eat? You didn't even participate the regular training in the morning!"
The corners of Lu Qingheng's mouth flew up instantly, and he straightened his back with great pride. His face was full of arrogance, "What is a family member, do you know?"
"Family?" Lin Renhu had no clue.
Lu Qingheng walks with wind. The cook of our Major was our family member! Wasn’t that a matter of course to eat a meal cooked by family members? As a rare young backbone and outstanding Lieutenant under the Major, wasn't he a family member who could enjoy food every day?
Lu Qingheng lowered his head and smirked, holding back the conversation. He still couldn't say that because Clerk Liu's level of confidentiality was on the highest, and it had not been lowered even after her arrival at the base. "Anyway, all you need to know is that our family member was the one who cooked this meal." He patted Lin Renhu on the shoulder, "In the future, you should follow this brother, so that you will have food to eat!"
As soon as Lin Renhu heard food, the picture in his mind automatically showed the skewers that almost subverted his life. He couldn't help but drool automatically. But when they walked with coquettishness, they suddenly heard a deep and thick voice sounding behind them.
"Whose family?"
"Our fam..." Lu Qingheng opened his mouth to answer, but in the next second he almost pulled Lin Renhu to kneel together. The cowhide army boots stepped on the special nano-alloy ground of the base, and they stomped. And soon, a long and tall black figure stood sternly in front of them.
"Young, young, young... Major!" Lu Qingheng almost bit his tongue.
"Lieutenant Lu."
"You have arrived!"

"Xiao Bai!" Liu Weiwei stood up instantly, put aside her bowl, and hurriedly chased it up. She was unfamiliar with the place, so she was dependent on the little white rabbit alone. She would definitely cry if she lost it.
Liu Weiwei caught up to the second floor, only to find that Xiao Bai quickly rushed into a room with the door open, so she could only follow immediately. However, just when she crossed the door to look for the rabbit, there was a click on the front door in the first floor.
A pair of long legs wrapped in black military uniforms, wearing cowhide military boots, suddenly appeared at the door!
…
Qin Mo's sharp eyes immediately fell on the low table in front of the sofa.
There was a bowl of steaming stuff on it, exuding a suspiciously pungent smell. This pungent sour taste, the sourness made Qin Mo wake up instantly even after three days of not closing his eyes. He quickly walked to the low table and looked down at the bowl with a terrible smell.
In the soup that was so clear that there was no trace of impurities. Inside, there were transparent and fine noodles, they circled around the bottom of the light blue bowl. Pieces of blood clots that were square and of the same shape and size, it had the same shape with tofu. Billowing golden swelling balls scattered in the bowl. For haute cuisine, this appearance was good. The shape of the food inside the bowl was obviously qualified.
But this smell... Qin Mo frowned. He quickly picked up a pair of chopsticks on the side of the bowl, picked up a large pile of fine noodles, and took it into his mouth without changing his complexion. But as he swallowed, his throat immediately twitched.
Sour!
Very sour!
Except for sour, there was no other taste at all! The chewy texture of the fine noodles had completely softened in the extremely sour soup...
Qin Mo raised his eyebrows and quickly took care of the bowl of ‘dark food’ in a few mouthfuls. He then took out a plastic-wrapped small pot of Chuan Chuan from his space and put it on the table.
…
When Liu Weiwei finally grabbed Xiao Bai from the huge study room, she was shocked to see the man who suddenly appeared outside. He sat on the sofa drastically and suddenly emptied the duck blood vermicelli noodles in her bowl!!!
"It's from the cafeteria." Qin Mo pushed forward the small pot of Chuan Chuan on the low table and stood up, "Here you are."
Liu Weiwei: ... Huek!