The Master of Metaphysics is The Movie Queen – Chapter 36

"This typhoon shelter shrimp is not bad." Qin Ze said while ordering, "This braised tofu is also okay." 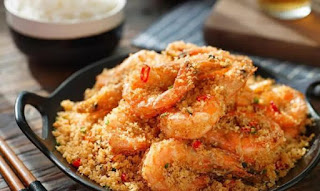 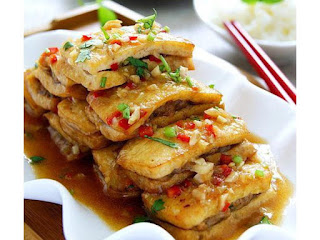 "The staple food is this flat bread." After a while, six dishes were ordered. 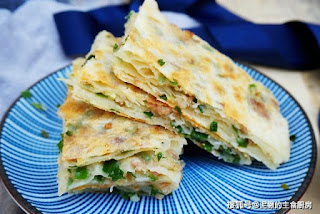 Gong Qingyao looked up at Qin Ze.
Qin Ze seemed to feel something, "Don't worry, there are restrictions for the order here. If two people ordered staple food, they cannot order more than six additional dishes."
Feifei on the side was a little unhappy. His two front paws were placed on the table. He was hungry too.
Qin Ze looked at Feifei, "Can he eat this?" Didn’t pet required separate food? He remembered that the daughter of a relative's family raised a puppy and said that it could not eat human food because of the salt.
But this Feifei was not an ordinary pet, so when he heard this, he nodded immediately.
Upon seeing this, Qin Ze almost petrified, "Can it understand what I said?"
Gong Qingyao nodded slightly.
Qin Ze thought of the situation when Feifei was still a giant that day, looked at Feifei again, and said in his heart, ‘Don't forget, it is a monster.’
Feifei rolled his eyes at Qin Ze, and Qin Ze choked. He thought this monster was quite cute, but now it seemed that a monster was a monster indeed, not cute at all.
Qin Ze ordered the dishes on the machine, and then submit to complete, "The dishes here are made fresh, so we have to wait a while."
Gong Qingyao said, "No hurry." She took out her phone and faced Qin Ze. She pointed to the app for Children Go Home. Taking advantage of the free time, she could predict the whereabouts of some children.
Qin Ze knew immediately what she meant and Gong Qingyao's status as an administrator quickly recovered. She began to calculate the children's cases.
Gong Qingyao was very fast. After seeing the child’s birth date, she started to calculate the child location. Like before, Gong Qingyao calculate and Qin Ze recorded the calculation. After a while, she finished 20 cases.
Qin Ze said on the side, "We have agreed that you can only calculate thirty cases per day."
Gong Qingyao didn't say anything, and continued.
Seeing that it was already the thirtieth, Qin Ze said, "If you continue to count, I will remove your administrator status." There seemed to be a hint of anger in his tone.
Gong Qingyao said the last child's calculation and put away the phone. When Qin Ze saw this, he nodded in satisfaction. The food they ordered also started to be served.
The food serving method here was also very high-tech. The prepared dishes were delivered directly to the table through a conveyor belt, so the guests just needed to pick them up.
In addition to food, Qin Ze also ordered a drink called New Luoshen (Roselle) flower tea. In fact, Qin Ze didn’t like scented tea, but Gong Qingyao came today. This new luoshen flower tea was an improvement from the previous flower tea. With the new formula, the original Roselle tea tasted less sour and had a hint of fragrance. The most important thing was that the scented tea here was handmade by the owner. 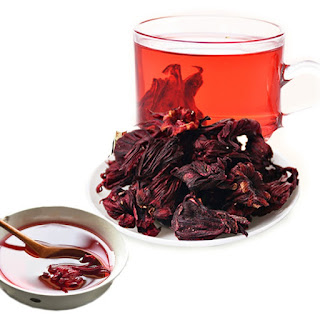 New Luoshen flower tea was the best seller here, and it was almost one of the must-order drinks. Qin Ze picked up the teapot and poured Gong Qingyao a small cup, "You taste it."
Gong Qingyao took a sip from the cup and felt the full of fragrance. It had a hint of sweetness, and a bit of sourness at the end, but the sourness was not very obvious, in general it was not bad.
The first dish that came up was steamed yam with blueberry sauce, which was actually a very ordinary dish, but probably the owner here had a good craftsmanship. The blueberry sauce on this yam was made with fresh blueberries. It tasted very sweet and soft. 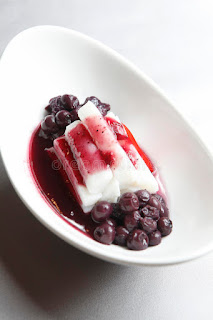 "How is it?" Qin Ze asked.
"Not bad."
Qin Ze was very happy to see Gong Qingyao affirmative, "I like it very much, but it's too far away, so I can only come to eat occasionally."
"Most of the dishes here are very common, but the owner improved it." Qin Ze said, "For example, this typhoon shelter shrimp have rose petals added, so the taste is different."
Gong Qingyao thought it was delicious, in addition to improvement, it had to be also because of the owner’s love for food. Every dish seemed to be made with care, so the taste was extraordinary. None of these dishes disappointed Gong Qingyao, and it could be regarded as the best meal Gong Qingyao had eaten since her rebirth besides the roast lamb.
When the two of them ate, they would share also with Feifei. Qin Ze thought that Feifei would have a big appetite, but finally found out that it was normal. If Gong Qingyao knew what Qin Ze was thinking, she would probably laugh. After all, Feifei swallowed a lot of yin energy in the afternoon.
In the end, the table full of dishes was eaten cleanly by two people and one beast, and even the scented tea was finished.
Qin Ze paid the bill and happily sent Gong Qingyao back.
As soon as Gong Qingyao got home, Ai Xiaoyun's call came over. Hearing that Gong Qingyao had returned to the capital, she only said, "Then I will come to you tomorrow." then hung up.
Gong Qingyao glanced at the time. It was almost ten o'clock, so she simply took a bath and went to rest.
On the next day, Gong Qingyao got up and finished practicing. Ai Xiaoyun came over with breakfast, "Do you know what day is today?"
"October 5th." Gong Qingyao replied.
"What else?" Ai Xiaoyun asked, "Today is a good day."