The Master of Metaphysics is The Movie Queen – Chapter 40

Mao Liqiang also very reluctantly said, "Then please get off the bus to prepare for the new challenge, remember that mobile phones should be handed in." After Mao Liqiang said this, he wondered whether to wait for the recording of this reality show to end then opened a metaphysical program. Then he would invite Gong Qingyao as a special guest, the more he thought about it, the more feasible it became.
Everyone was accustomed to these rule, they handed in their things, and then got out of the bus to prepare for a new round of jungle survival adventure.
The jungle here was real. After getting off the bus, they could see endless forest.
Guo Yuankai couldn't help but said, "Will we get lost here?"
There was no script in this issue, so everyone was free, "What are you afraid of? We have Sister Yao." You Xingyu stood directly behind Gong Qingyao and expressed his attitude.
Lu Yongyi smiled, "I think Xingyu is right."
Guo Yuankai nodded silently, and even Yu Chuxue did not deny this. Zhong Xinyi showed an innocent smile, but her teeth crackled with hatred.
Gong Qingyao walked into the jungle. Everyone hadn't eaten breakfast. It was late autumn and most of the leaves were yellow. After walking not far, everyone saw a large chestnut tree.
Lu Yongyi couldn't help but said, "Isn't this chestnut?"
"Does chestnut look like this?" You Xingyu looked dumbfounded, even if the fruit was round, there were many thorns on it. 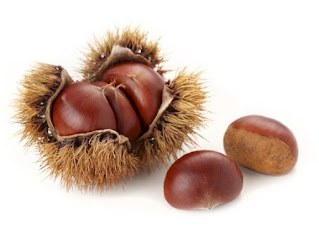 Hearing it was a chestnut, Guo Yuankai stepped forward and kicked the tree directly. Gong Qingyao and others run one after another. The chestnuts fell from the tree and hit Guo Yuankai and Zhong Xinyi under the tree directly.
"Ahhhhh! It hurts to death." Zhong Xinyi shouted.
Guo Yuankai was also smashed several times by the chesnuts, "This thorn is so powerful."
Lu Yongyi said, "Last time, Qianping's grandmother said that we must be respectful to food."
Guo Yuankai only then remembered that the red fruit he kicked in the previous issue exploded. This time he kicked again and the fruits pierced him directly, "Well, I was wrong."
The viewers burst into laughter.
[These two silly forks. Who doesn't know that chestnuts are all thorns outside?]
[Hahaha, if you kick it, don't forget to run.]
[No, no, my Xingyu doesn't even know Chestnut, but he ran fast when he was Gong Qingyao run.]
[Hahaha, I made this scene into a gif meme.]
[Guo Yuankai must be in charge of being funny.]
[To be honest, I didn't like Guo Yuankai at all as he always pretends to be a big name, but I feel that after this reality show, Guo Yuankai seemed to chang a lot.]
...
Lu Yongyi found a long branch and knocked down the chestnuts on the tree. Everyone picked up some stones, smashed the chestnut open, and took out the fruit inside. The guests sat in a circle and began to eat chestnuts.
Guo Yuankai said, "It feels good to be able to eat food as soon as we come in."
Yu Chuxue swallowed and asked, "Have you ever thought about where to live at night?" The weather was fine during the day, but it had to be cold at night, so living in the wild was definitely not good.
However, Gong Qingyao said, "Just find a spacious location." The meaning was to live in the wild again.
You Xingyu and Lu Yongyi immediately stated that they would follow Gong Qingyao, and Guo Yuankai also said, "Then just live in the wild."
Zhong Xinyi glanced at Yu Chuxue, probably wanting to do as the last time where the two of them discussed with the cameramen to borrow their tent, but Yu Chuxue said directly, "I'm with the others."
Zhong Xinyi was itching with hatred in her heart, but smiled slightly on her face, "Everyone has decided, so I will be with everyone."
Yu Chuxue snorted in her mind. Just see how long this woman hypocritical appearance could last, sooner or later it would be exposed.
After breakfast, everyone saw that the time was still early, so they wandered in the jungle slowly. Guo Yuankai suddenly stopped, he pointed to a dead branch underground and shouted, "Snake!"
Yu Chuxue and Zhong Xinyi immediately screamed in fright.
Guo Yuankai laughed loudly, "Use a little bit of common sense, OK? September was over, how can snakes appear at this time?" (TN: He probably referring to snake/reptiles brumation season which happen in colder months from September to April)
After speaking, Yu Chuxue and Zhong Xinyi stopped screaming. Guo Yuankai found that Lu Yongyi and You Xingyu in front of him had changed their faces, "Hey, what's wrong with you?" After speaking, he looked back in silence, and his soul was almost fly in fright.
A huge snake was spitting and walking towards Guo Yuankai, its every move was like a devil in hell.
Comments also started to enter.
[F*ck, this is really scary.]
[Stupid, don't run! This snake is poisonous!!!]
[Ah! What to do? I'm so nervous.]
[There is going to be something wrong with this show again.]
...
The snake suddenly fell down around five meters from Guo Yuankai. Guo Yuankai was stunned for a long time, and when he saw that the snake was really motionless, he ran to the middle of the crowd and stood still.
Lu Yongyi said, "You have to thank Qingyao." He was really frightened just now, but he saw Gong Qingyao directly picked up a stone on the ground and threw it towards the snake.
Guo Yuankai discovered that the snake was knocked down by something, and his eyes were different when he looked at Gong Qingyao, "Thank you, Sister Yao, please accept this younger brother’s respect."
"What kind of snake is this?" You Xingyu asked.
Lu Yongyi replied, "Short-tailed pit viper." 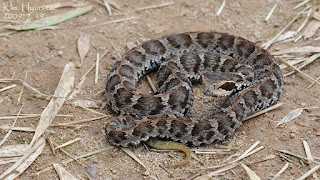 "This snake seems to be very poisonous." Yu Chuxue said.
"It is." Lu Yongyi nodded slightly.
When Guo Yuankai heard it, he hid behind Gong Qingyao and didn't want to come out.
"Why are there snakes after September?" Zhong Xinyi was puzzled.
"Climate change." Lu Yongyi said, "But there should be only a few of them, don't worry."
After Lu Yongyi said this, everyone looked at Gong Qingyao, as if they were seeking confirmation, Gong Qingyao nodded, "Yongyi is right."
Everyone took a deep breath, seeing a snake, moreover a poisonous snake, was really terrifying.
The viewers also saw this scene.
[Mom, I was scared to death just now, and I didn't even dare to look at the screen.] 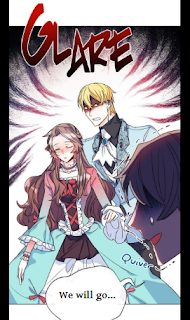 Stupid author: ???
*****
TN:
I am thinking of activating monthly subscription on Ko-fi where readers can read all translation free of ads and get double releases per day. Will any of you be interested in that? Please let me know in the comment.
Thanks,
- MD