The Master of Metaphysics is The Movie Queen – Chapter 31

The people that lived here would be strong and could live a long life, so even if the supplies here were poor, no one wanted to leave.
"Since you succeeded in overcoming the calamity, I have to leave." Gong Qingyao said.
Feifei grabbed Gong Qingyao's trouser legs and looked at Gong Qingyao with watery eyes. 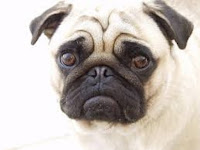 
Qin Ze thought it would be very hard, but it was crispy and delicious, with a sweet taste. It seemed to eliminate his fatigue accumulated these few days in an instant. It was no wonder that Lu Yongyi showed that expression after eating a bite of fruit in the reality show that day. After eating one, not only his stomach was full, but Qin Ze also felt that he was full of energy and even driving all the way to the capital would not be a problem.
As the car drove again, Qin Ze on the side seemed to think of something, "The first time we met in City S, what else did you see besides seeing that Yi'er is not my brother?"
Gong Qingyao thought for a while and said, "You are not a scumbag."
Qin Ze was taken aback, and then his eyes lit up, "Did you really see it?"
"A person's eyes can best reflect their owner. Your eyes are pure and bright, indicating that you are a pure-hearted person." In addition, Qin Ze's whole body was full of righteousness, and there was even a breath of merit, which showed that this person was not only not a scumbag, but also a decent person. But Gong Qingyao did not say the latter.
Qin Ze seemed to be a little happy, "You have good judgement."
Gong Qingyao didn't answer any more, Feifei jumped directly to the back of the car, found a comfortable position, and continued to sleep.
Seeing Gong Qingyao hadn’t spoken for a long time, Qin Ze asked again, "Where are you going?"
Gong Qingyao thought that she didn’t have a penny on her body, as she had handed her belongings including her phone to the crew, so she said, "Go to the hotel in town." Maybe her luggage was still there.
Qin Ze also found that Gong Qingyao had no luggage on her body, "OK."
At noon, the two arrived at the hotel. Ai Xiaoyun and the others had already returned to the capital. Gong Qingyao’s luggage was placed at the front desk and Gong Qingyao took it. After she took the luggage, Qin Ze said, "Why don't we go to lunch first?"
"Okay." Gong Qingyao carried her bag and Qin Ze found a place to eat nearby.
Qin Ze picked up the menu and asked, "What do you want to eat?"
"Whatever is fine." Gong Qingyao said.
Qin Ze looked at the menu and began to choose carefully.
Gong Qingyao took out the mobile phone in her bag and received a message as soon as she turned it on. It turned out that Shi Gaoyi had transferred some money to her. After sending the money, Shi Gaoyi also sent a text message.
- Shi Gaoyi: Hello, Master Gong, thank you for your previous reminder.
That day at the Luer Company, Gong Qingyao reminded Shi Gaoyi that his emotional affairs should be broken. After that, Shi Gaoyi sent someone to check his wife and he found that his wife had sold their company’s secrets to a competitor’s company, and she had cheated a young man since a long time ago.
Shi Gaoyi had treated his wife very well these years, so he did not expect his wife to betray him this way. Shi Gaoyi began to negotiate a divorce. After hearing the news, his wife wanted to take away all of Shi Gaoyi’s property. Fortunately, it was discovered by Shi Gaoyi.
Originally, when the divorce agreement was being proposed, Shi Gaoyi thought of the relationship between the husband and wife and did not pursue the property division, but he did not expect that his wife would even think of a way to transfer his property sneakily.
At that moment he got so angry and collected all the evidence of his wife. The two divorced quickly, and his wife did not get any share of the property. The day the he came out of the Civil Affairs Bureau, looking at the divorce certificate in his hand, Shi Gaoyi didn't understand how the relationship between the two for so many years had come to this point.
After reading the message, Gong Qingyao was about to close the phone when it rang.
"Qingyao, you finally turned the phone on, did you return to the hotel?" It was Lu Yongyi's call.
In fact, Lu Yongyi wanted to stay in Qianping that day, but he knew that even if he stayed, it would be of no use at all. When he returned to the hotel, Lu Yongyi felt that he could wait for Gong Qingyao in the hotel. She would definitely return to the hotel. But then, his company heard that the live broadcast was suspended and immediately arranged a schedule for Lu Yongyi. As soon as he heard the news that Gong Qingyao was already taking her luggage at the hotel, Lu Yongyi immediately called over.
"Yeah." Gong Qingyao said.
Lu Yongyi asked, "Great, we returned to the capital yesterday." He was filming an advertisement today, but he asked others to help pay attention to his phone.
"Yeah." Gong Qingyao said.
"Then you go on with your day." The director was shouting so Lu Yongyi could only hang up. He stared at the phone for some time. When saving his mother before, Lu Yongyi already felt that he and Gong Qingyao were not in the same level, but now with this monster incident, he knew that Gong Qingyao was someone he could never even dream of.
-----
The author has something to say:
Stupid author: Come with me~~ Start at dawn…
Readers: (Smashed a pot)
Stupid author: ???
Readers: We want to read the update! Who wants to listen your singing?
Stupid author: Hiks hiks T-T
Qin Ze: Deserve it!
Stupid author: Say that again! I’ll make you never appear!
Qin Ze: ???