The Master of Metaphysics is The Movie Queen – Chapter 46

Feifei became his original appearance again, walking in front of the crowd like a puppy, running to this side and then to the other side. However this time, no one in the room dared to despise him, of course they also didn’t dare to treat him as a dog anymore, after all, how powerful a dog could be?
Li Yongchang walked to the right of Gong Qingyao with a sincere expression, "Master, thank you very much this time. No matter what you need in the future, as long as this Li Yongchang can do it, I will do it for you. "
Qin Ze, who was walking behind, looked at Li Yongchang. People of this rank would never say such words easily. Today, Li Yongchang had promised a lot. First he helped in getting these children home, and now also gave Gong Qingyao such a promise. However, Qin Ze looked at Gong Qingyao. She was so powerful. To her, these promises didn't seem to be of much use.
Nie Lan also walked to Gong Qingyao, and said embarrassingly, "Master, I was wrong before, please forgive." She has lived for half a decade used to judging people by their appearance. She was really short-sighted.
The young couple Li Ruiming also said, "Master, you are our benefactor."
At this moment, Si Rongfu finally understood why Gong Qingyao didn’t directly answer her question asking id Xun’er was okay. If they said him being alive was the best, then Xun’er was indeed good, but seeing Xun’er’s body, Si Rongfu’s heart squeezed again. She started to feel pain, but comforted herself silently. It was fortunate that the child was found back. Now that medicine and technology was advanced, the scars on the child body would be treated until no trace were left, but she didn't know if this incident would cause trauma to Xun'er.
Gong Qingyao nodded lightly.
Qin Ze took care of the other children. Some of the children were reluctant to leave. They lied down the mountain and refused to leave. Qin Ze asked, "I'll take you home, don't you remember your parents?"
A child said, "My parents are right down the mountain." These children have been abducted for too long. They had forgotten who their biological parents were.
Si Rongfu felt a pain in her heart. These children obviously didn't know that the person they had been calling father was a kidnapper.
Qin Ze squatted down and said carefully, "You are grown up already, don't you want to see what’s outside the mountain?"
Some small children hesitated, but the older ones said straight, "No, we won't go out."
The little children hurriedly followed along and said, "Won't go out."
Qin Ze smiled and said, "Don't you want to go outside to see cars?"
"What's that?" Most of these children had never been out of the mountain, and didn't even know what a car was.


The original lottery draw deadline was three days, which was last night. But there was no signal in the mountain last night, and her mobile phone did not have battery left, so Gong Qingyao did not draw the lottery. This time, because of the attention of the reality show You Xingyu and others, plus Qin Ze's help fueled the flames. Gong Qingyao’s followers directly exceeded 500,000, and the number of reposts on the previous lottery post had reached 20,000. For the current Gong Qingyao, it was obviously a good number.
The two people drawn this time, one was called ‘I am Immortal’ and the other was called ‘Potato Sweet Potato’.
After the lottery was drawn, Gong Qingyao sent the winners a private message. Shen Qi did not reply yet, but Potato Sweet Potato quickly responded to the message.
- Potato Sweet Potato: Ah, ah, I win, I win. People could feel the excitement of the other party through the reply.
Lu Qianqian got out of the ring and was a little tired. Yesterday, after she got out of the ring, she went directly to the foot of the mountain, and then found all the ghosts in the village that was harmed by the villagers, and then gathered them together for the convenience of Gong Qingyao. The formation just made them visible temporarily.
Gong Qingyao glanced at Lu Qianqian. Her glance seemed to ask why didn't Lu Qianqian take more breaks.
Lu Qianqian said, "I guessed that the master is going to draw on Weibo, I want to have a look." The tired body couldn't hide the gossip in her eyes.
Gong Qingyao continued to look back at the phone and began to type in reply.
- Gong Qingyao: What do you want to count?
It took a long time for Potato Sweet Potato to come back.
- Potato Sweet Potato: I just thought about it for a long time, but I really don't know what to count.
Gong Qingyao clicked into Potato Sweet Potato’s Weibo, swiped down a few, and then returned.
- Gong Qingyao: Well, give me an address, and I’ll send you a prosperous study talisman later.”
- Potato Sweet Potato: Master! How did you know that I have an exam? You are so amazing?
This Potato Sweet Potato was a high school third-year exam candidate. She reposted this Weibo with her classmates on a whim, but won the prize suddenly. Her parents were affectionate, and her family was harmonious. Her grades were also in the top ten in the class. When it came to fortune-telling, everything seemed to be pretty good, so she didn’t have anything she needed help with. She didn't expect Gong Qingyao to offer prosperous study talisman.
- Gong Qingyao: I know from your face. The face of a person could explain everything, the so-called face reading was based on this.
Potato Sweet Potato had posted some selfies on Weibo, but she never mentioned a word about her study, so she was very curious how Gong Qingyao guessed it. Seeing the other person said it was shown on her face, she was even more surprised, but she quickly send her address, and then said thank you.
After saving the address, Gong Qingyao quit Weibo.
Lu Qianqian didn't expect to see no gossip about fortune-telling this time. She sighed and went back into the ring silently. Feifei was in a seat next to Gong Qingyao, and the sun was shining on him through the window of the van. From time to time, he stretched his body and looked very comfortable. 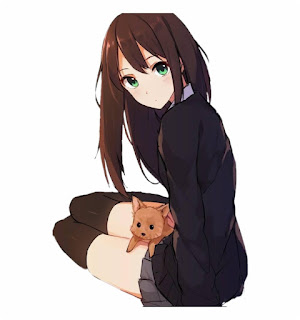