The Master of Metaphysics is The Movie Queen – Chapter 39

Grandma Qian saw the jade bracelet. Although she was a rural woman, she also knew that jade was valuable, not to mention that the texture of this one looked good. She quickly said, "Such an expensive item must not be given to Xiaomi." 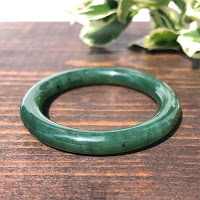 
All the guests had arrived and the bus started to move.
Mao Liqiang stood in the middle of the bus and said, "To all the guests and viewers, good morning everyone!"
The bus's departure time was still at six o'clock, but the number of viewers who were watching this time had exceeded one million, and everyone was commenting.
[Hello everyone.]
[Hahaha, the most trouble-prone production team in history has come out again.]
[Last time it was an earthquake, did you believe it?]
[No.]
[What is that?]
[People said they met a monster.]
[Monsters? Lolololol then I prefer to believe it was an earthquake.]
...
The viewers discussed lively on the comment section, while Mao Liqiang introduced the jungle in County X, "This time our guests will be surviving in a jungle for two days and one night. There is still some time before we reach the destination. So let’s rest a little bit."
After Mao Liqiang's introduction, You Xingyu ran to Gong Qingyao and sat down, "Qingyao, I'm following you on Weibo, please follow me back."
You Xingyu's fans saw this scene and commented.
[Why do I feel that my Xingyu has turned into a little fan?]
[Nonsense, Xingyu is a cold male god.]
[You are wrong, Xingyu is a warm man.]
...
Gong Qingyao took out her Weibo and looked at her follower list, "Not found."
You Xingyu opened his following list, "Look, I'm following you already."
Gong Qingyao took a look, You Xingyu was following original owner's Weibo, so she opened up her Weibo and said, "This is my Weibo."
You Xingyu searched Gong Qingyao’s Weibo and then saw the personal information on her profile. Master of Metaphysics?
You Xingyu silently clicked follow, and Gong Qingyao returned it immediately.
Lu Yongyi, who heard the conversation between the two, said behind, "Qingyao, I followed you too."
"Okay." Gong Qingyao returned to her follower list.
You Xingyu had already read Gong Qingyao's Weibo this time and was very surprised, "Qingyao, you are also telling fortunes on Weibo?"
This immediately caught the attention of the others in the car.
"Yeah." Gong Qingyao said.
"Hello Sister Yao!" You Xingyu bowed, "I will always follow you in the future."
When You Xingyu's fans saw this scene, they suddenly exploded.
[F*ck, this is really a little fan.]
[I want to know what happened.]
[I just went to see You Xingyu's latest following list. There is a person named Gong Qingyao. The profile said it is a metaphysical master.]
[Lu Yongyi is also following.]
[F*ck, what's the situation?]
[No, no, look, You Xingyu actually reposted the lucky draw Weibo!]
[Lu Yongyi also reposted it (laughing and crying.gif)]
...
Guo Yuankai also paid attention to Gong Qingyao immediately, and then said, "Hello Sister Yao."
Mao Liqiang saw this scene, silently took out his mobile phone, followed Gong Qingyao, and then silently reposted the lottery Weibo. Soon, careful netizens discovered that many people in the reality show production team were following Gong Qingyao and reposting her Weibo.
The six guests also followed each other, and then Zhong Xinyi asked, "Qingyao, can Weibo fortune-telling be accurate?"
Some time ago, everyone saw the post of Cloudless Fortune-teller, and Zhong Xinyi's question was obviously because of this.
Mao Liqiang suddenly felt unhappy. Zhong Xinyi thought that she had found a backer. Besides, what was so good about Qin Ze? Thinking of this, Mao Liqiang said, "Yes, Qingyao, can you tell us about metaphysics?”
Of course, Gong Qingyao knew the thoughts of these two people, but Gong Qingyao was still very happy to explain. After all, she also wanted to promote metaphysics.
"Let’s talk about the beginning, there is yin and yang..."
Gong Qingyao’s voice was cold, and with her cultivation breaking through the fifth level, her cold voice was fascinating. The viewers were fascinated when they listened. The comment section was clean, there was not even a single comment. Even the driver was almost fascinated, but he quickly came back to his senses and concentrated on driving.

"This is the hexagram." Gong Qingyao didn't continue after speaking.
The guests all sat in the back row. Upon seeing this, Guo Yuankai asked, "Why don't you continue?"
Gong Qingyao looked out of the car, "Aren’t we here?"
Everyone: ...
D*mn it, why did they arrive so soon?
"Hey, Xinyi, you didn't get motion sickness today." Guo Yuankai looked out the window and found that Zhong Xinyi's face was still blushing healthily.
Zhong Xinyi heard it, and she was also stunned, "You seem to be right."
Comments of the viewers were also brushed up.
[6666666, did she talk about it for an hour?]
[I said I listened from beginning to end, do you believe it?]
[It feels like metaphysics is wide and profound!]
[I didn't like the real Gong Qingyao, but Gong Qingyao master persona design is really successful.]
[For newcomers, you can search for the excerpts of Gong Qingyao explaining the Book of Changes in Hongyan Village.]
[Upstairs, it is because of that Gong Qingyao became popular.]
[Suddenly I really want to continue listening to Gong Qingyao explanation. I don't want to see how they survive or what on the reality show.]
[Lolololol I also want to watch Gong Qingyao talk, but I am afraid that others’ fans will beat me when I say it.]
[I'm a fan of Xingyu, but I also want to hear.]
[I'm a fan of Lu Yongyi, I want to hear.]
-----
The author has something to say:
You Xingyu: So admiring, what to do?
Lu Yongyi: Go aside, I came first.
Guo Yuankai: Can I still come in?
Yu Chuxue: Zhong Xinyi is a fool.