The Master of Metaphysics is The Movie Queen – Chapter 25 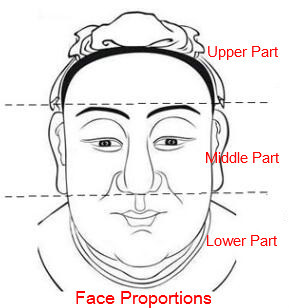 "Miss Gong's statement is too general." Wu Jianzhou said, "Isn't this suitable for most people?"
"Okay, let's be more specific." Gong Qingyao said, "You were plagued by disasters before the age of five, and you only got better at the age of five. You are the only child in the family and you were doing well in your studies. At the age of twelve, you have made a major breakthrough in your studies."
Wu Jianzhou laughed. That year, he got the second prize of Mathematical Olympiad. It was a great success at the time.
"However, when you were fifteen years old, your studies began to decline. When you were eighteen years old, you had the first relationship in your life, and you had three children with her, but none of them were born."
Wu Jianzhou's smile immediately froze. His first girlfriend had abortions in a small clinic three times. The last abortion prevented her from becoming pregnant for life, so Wu Jianzhou broke up with her.
"At the age of 20, your relationship life is even more chaotic, and your career luck is also very poor. Until the age of 25, you meet a noble person, and your career has been smooth sailing ever since." Gong Qingyao said, "But five years later, That is to say, when you were thirty years old, you encountered the first obstacle in your career. It took two years to pass through. It was a woman who helped you."
Wu Jianzhou's face was a little ugly, and there was not many people that knew these private lives of his. He didn't expect Gong Qingyao to say it all in one sitting. The most important thing was that she was right, "What else do you see?"
"I also saw that Mr. Wu had a bloody disaster in the next few days." Gong Qingyao continued.
Gao Guangpeng's face turned dark and he was about to scold Gong Qingyao. No matter who heard about this bloody disaster, they would not be in a good mood. Wu Jianzhou was the same, so obviously he didn't intend to believe this.
The atmosphere fell into an awkward silence. At this moment, there was a knock on the door, and Director Xiang immediately got up to open the door, "It turned out to be President Wei."