The Master of Metaphysics is The Movie Queen – Chapter 27

Seeing Gong Qingyao's eyes without a trace of surprise, Leng Hao thought she had obviously guessed all this.
"Okay." Gong Qingyao originally told Leng Hao this deliberately. After all, helping business people solve problems would help her make money to help Hongyan Village.
Ai Xiaoyun on the side was immediately excited. Since the last time Gong Qingyao dissolved her dark marriage, she had never seen Gong Qingyao use her metaphysical skills. So she directly followed behind Gong Qingyao.
After they came out of the private room, Qin Ze came from the opposite side, and Leng Hao, who was standing at the front, said immediately, "Hello young master Qin."
Qin Ze didn't intend to respond, but he suddenly saw Gong Qingyao behind Leng Hao and walked over. "It's a coincidence that you are also eating here."
Gong Qingyao nodded slightly, and walked pass Qin Ze towards downstairs.

Ai Xiaoyun behind her was stunned. When did Gong Qingyao and Qin Ze meet? This was not the point. The point was that Qin Ze's attitude was so enthusiastic, but Gong Qingyao's reaction was so indifferent?
Leng Hao on the side said with some embarrassment, "Young master Qin, we have to leave first."
Qin Ze only nodded slightly, which was far from the attitude toward Gong Qingyao just now.
Leng Hao passed Qin Ze and walked downstairs silently. Qin Ze looked at the back of the three people thoughtfully.
The three came to Luer Company again, this time Leng Hao directly guide them to the office of the chairman.
Shi Gaoyi, the chairman of Luer Company, was very surprised after hearing what Leng Hao reported to him. At the same time, he also had a slight suspicion in his heart. When his father was still alive, he had a deep friendship with a master. But a few years before the master moved to seclusion in the mountain, and no one could find him.
However, when Shi Gaoyi saw such a young girl, he was a little disappointed. He didn’t know that the person Leng Hao brought would be so young. In addition, their company had invited more powerful masters in the capital to repair the formation, but to no one succeeded. There were even so-called masters who were not even able to see the formation of the company at all. Over time, Shi Gaoyi thoughts to repair the formation were destroyed.
It’s just that what Leng Hao said on the phone just now was extremely true. Leng Hao was his capable subordinate. In order to live up to Leng Hao’s good intention, Shi Gaoyi still pretended to follow up through the scene, "Miss Gong, our company’s formation, please also Help me take a look."
"I've seen it." Gong Qingyao said, "The Feng Shui array that your company has set up is not smart."
As soon as this was said, Shi Gaoyi's face turned black. It was set by the real master.
"The eye of this feng shui array is in the northeast." Gong Qingyao pointed to the northeast.
Shi Gaoyi immediately stood up. If Gong Qingyao only said that the formation was not clever, he would still be a little angry. However, the position of the formation was the same as what his father told him. Shi Gaoyi did not tell anyone in the company about this matter, including Leng Hao, Gong Qingyao can tell at a glance, what did this show? It showed that she might be really capable!
Gong Qingyao continued, "Northeast eye has the meaning of endless life. Putting a Mountain Tai stone there can indeed bring certain benefits to the company, and even make the company's financial resources continuous. It's just..."
Shi Gaoyi's heart almost stopped, the most feared thing in all conversations was ‘however’ and ‘but’.
Gong Qingyao didn't prolong it, and said directly, "The stone position is 30% too low, and Mountain Tai stone should be placed in the southwest position. Just because of the position being too low, your fortune has been cut by more than half." 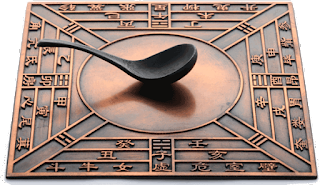 Chinese ancient compass
The fortune was cut by more than half, and Shi Gaoyi’s face became even darker. In recent years, because of the layout of the office building, he already told others not to touch these stones. Unexpectedly, the stone still deviated by 30%. "I will arrange for someone to align the stone."
Gong Qingyao raised her right hand, "Don't be rushed, there are other things."
Shi Gaoyi was taken aback. He didn't expect there would be other flaws in the formation. "Master Gong, please say." Shi Gaoyi's address to Gong Qingyao changed from the original Miss Gong into Master Gong. There was also a touch of respect in his words.
Gong Qingyao said, "A black fish needs to be raised in the rockery pool on the first floor."
Black fish, the three people on the scene were stunned when they heard this. Generally, the fishes raised in the pond were yellow. How could anyone intentionally raise black fish?
Gong Qingyao sighed and said that the koi fish was indeed golden, but what everyone might not know was that black fish could stabilize fortune.
Shi Gaoyi immediately took a notebook and recorded the instruction.
"Besides, the position of the bamboo should be moved..." Gong Qingyao instructed these small flaws one by one, and Shi Gaoyi seriously recorded all of them.
Gong Qingyao finished the company's interior, she then walked to the window of the first floor, and pushed the window open, "Did you see that building?"
This high-rise building was built three years ago and was directly opposite the company. Their employees could see it every day. To say how they felt, it was a bit depressing at best. Shi Gaoyi asked, "Is there a problem with this building ?"
"This building is much higher than your building, so it's not a problem for them. But for you, it directly forms a natural evil spirit."
Shi Gaoyi was taken aback. The word evil spirit was terrifying even when he only heard it, "Then how can I crack this evil spirit?" It was impossible to demolish the tall building opposite, right?
"It's very simple, build a statue in front of the company." Gong Qingyao said.
"What are the requirements for this statue?" Shi Gaoyi asked.
"Round, and gradually going down."
Shi Gaoyi was a little confused, "Is it so simple?"
"Not simple." Gong Qingyao said, "This way, when the evil spirit comes over, it will go down the steps and will not bump into you." If in the past, she only had to say a word, people would do it, now, everyone couldn’t fully believe in metaphysics, so they subconsciously felt that the problem shouldn’t be solved by such a simple thing.
"Okay." Shi Gaoyi took this down immediately.
The two communicated for more than half an hour, and Shi Gaoyi finally recorded all the problems in the company, "Master, look at this?"
Shi Gaoyi was referring to a string of Five Emperors’ money on the wall, which was made for good luck at the time. Gong Qingyao shook her head, "This string of Five Emperors’ money is useless." 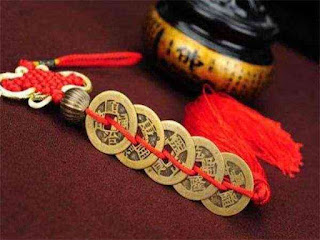 "Can it be repaired?" At the beginning, his father said, the Five Emperors’ money was still a very powerful magic artifact.
Gong Qingyao was a little puzzled, "What use is repairing these low-level magical artifacts?"
Bluntly speaking, these five emperors' money was not even a magical artifact.
Shi Gaoyi didn't expect Gong Qingyao to also saw that this was a magic artifact, but he saw the disgusted tone in Gong Qingyao's words, and he felt it was a little hard to accept. After all, this string of Five Emperors’ money, he has always been an heirloom treasure of his family. "Do masters have high-end magical artifacts?"
Gong Qingyao said, "How can high-end magical artifacts be so easy to make? But I can make a lot of magical artifacts that are better than these Five Emperors’ money."
Shi Gaoyi almost choked, the master spent many years making this Five Emperors' money magic artifact, and his father asked for a long time before the master agreed to give them, but the person in front of him said that she could make a lot!
Shi Gaoyi asked weakly, "Well, can you please give me one?"
"A few days later." Gong Qingyao said.
The implication was that she agreed. The uncomfortable mood of Shi Gaoyi just now disappeared, and he said a little excitedly, "Master Gong, please drink first."
Gong Qingyao picked up the cup and took two sips before looking at Shi Gaoyi, "The last thing is about Mr. Shi personally."
Shi Gaoyi was taken aback for a moment. He put down the cup and said respectfully, "Please also ask the master to make it clear."
"Emotional affairs, if you are not decisive you will suffer from it*." Gong Qingyao glanced at Shi Gaoyi with a deep meaning, "I'll go back first." (TN: Idiom 当断不断必受其乱 / Dāng duàn bùduàn bì shòu qí luàn = when the time comes at which you need make a decision to cut off a relationship (or like), but you did not, then surely you will suffer from it)
When Gong Qingyao brought Ai Xiaoyun to the door, Shi Gaoyi reacted, "Master Gong, I will see you off."
Shi Gaoyi glanced at Leng Hao and found that Leng Hao was also in a sluggish state. Only then did he remember that Leng Hao had no knowledge of the matter between him and his wife. Yes, in the hearts of the company's employees, he and his wife had a harmonious relationship.
Leng Hao on the side hadn’t been able to relax. Just now Gong Qingyao’s words made him think that in recent years, especially this year’s economic downturn, Shi Gaoyi had been in the office almost all the time, and he had indeed not seen Mrs. Shi for a long time. It turned out that there had been a problem between the two. 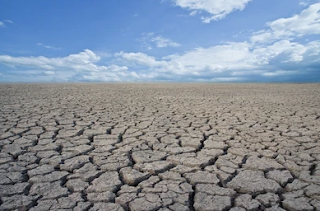