The Master of Metaphysics is The Movie Queen – Chapter 38


When there were a lot of online disputes, Gong Qingyao set off with a bag on her back. Since leaving last time, Gong Qingyao had always wanted to visit Hongyan Village again. It took Gong Qingyao a long time to refine the opened jade and made it into a bracelet, which she planned to give to Xiaomi.
After arriving in the nearest town, Gong Qingyao went to buy some oil, rice, fruits and other food. The store saw that Gong Qingyao bought a lot, so they took the initiative to find two big tartan bags to put the groceries in. They heard Gong Qingyao would take these to Hongyan Village, so they kindly helped Gong Qingyao to deliver these to the bus station.
When getting in the bus to go to Hongyan Village, Gong Qingyao pondered if she could be like Qin Ze. He travelled using a private jet, so it should be much more convenient. As soon as her thoughts finished, Qin Ze called.
"I bought Dream Garden Community." Qin Ze's voice was a little happy.
"Okay." Gong Qingyao didn't expect Qin Ze to be so fast, but the feng shui of that community was really good, it was just covered by those yin energies.
"I renamed it the Light of Hope (希望之光/ xīwàng zhī guāng), what do you think?" Qin Ze asked.
"Not bad." The meaning was good.
Hearing Gong Qingyao approval, Qin Ze's tone of happiness was even stronger, "By the way, when do you have time, come and help me see the feng shui here?"
"Okay later." Gong Qingyao's words were as concise as always.
Although Gong Qingyao did not explain, Qin Ze seemed to guess the reason immediately, "Are you not in the capital?"
Gong Qingyao said, "Well, I plan to stay in Hongyan Village for a few days."
"Okay, then I’ll wait for you. When you come back, in addition to the office building, I also plan to build a few villas." Qin Ze said.
"The villas can be built in the north." Gong Qingyao said.
"Okay!"
Gong Qingyao hang up the phone and the bus also arrived outside Hongyan Village. Gong Qingyao walked into the village carrying two tartan bags. There were very few outsiders in the village. After the last reality show was broadcasted, there were indeed tourists at the beginning. But, although the scenery here was good and the people were enthusiastic, but the journey alone made people lose half their lives due to tiredness. The others checked the review of the people that had visited, and they didn’t dare to come anymore.
Therefore, the tourism in Hongyan Village ended before it even developed.
Gong Qingyao entered the village and the villagers found her immediately. Of course, they also remembered Gong Qingyao, "Miss Gong Qingyao come!"
Looking at the enthusiasm of the villagers, Gong Qingyao nodded, "Hello."
Villagers kept offering one after another, "Come to my house for dinner later!" In their hearts, Gong Qingyao was their lifesaver.
"If you are staying the night, you can rest at my house."
Gong Qingyao took out the fruit in the tartan bags and shared some with these villagers. The villagers were embarrassed to take it, and finally Gong Qingyao gave them to the children, they just took it.
Feifei was in Gong Qingyao backpack. When they entered Hongyan Village, Feifei felt that it was unusual. Hearing sounds around him, he immediately got out of the backpack.
When the villagers saw Gong Qingyao's cute pet they greeted it enthusiastically.
Feifei wagged his tail unexpectedly.
"Qingyao's pet is really cute."
"Yes, it follows the owner."
Gong Qingyao bid farewell to the villagers and went directly to Xiaomi's house at the end of the village. Xiaomi was helping her grandma fetch water. Seeing someone outside, she noticed that it was Gong Qingyao, and immediately shouted happily, "Sister Qingyao, you are here!" Then she ran toward Gong Qingyao.
"Yeah." Gong Qingyao followed Xiaomi into the house.
When Grandma Qian heard this, she also walked out of the room, "It turned out to be Qingyao!" Her tone was full of excitement.
Gong Qingyao put the tartan bags in the room.
Xiaomi opened it and said, "There are so many to eat."
Gong Qingyao still remembered the happy expression of Xiaomi eating corn paste last time, so she bought some rice.
When Grandma Qian saw it, her expression changed, "This, this is all polished rice." They rarely even got to eat polished rice once a year.
Gong Qingyao only said that Xiaomi was growing.
Grandma Qian suddenly refused.
Gong Qingyao looked at Xiaomi and said, "How is your learning of The Book of Changes?" 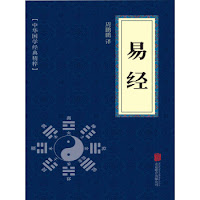 When Gong Qingyao asked her homework, Xiaomi immediately stood up straight and began to recite The Book of Changes.
When Grandma Qian saw Gong Qingyao questioned Xiaomi, so she immediately went to the kitchen to prepare lunch. Grandma Qian was an illiterate person. Xiaomi could finish reading these book entirely helped by the teachers in the village. The teachers in this village were actually only high school graduates, but they were more than enough to teach these children.
The Book of Changes was the most obscure and difficult to understand. It was really not easy for a child to memorize the first chapter. Gong Qingyao asked a few more questions, and found that Xiaomi could actually understand 70 to 80% of the book, and Gong Qingyao gave additional explanations to Xiaomi for the things that she hadn’t understood.
Xiaomi nodded again and again, then ran to the house and picked up a pencil, and wrote the guidance in a small book. This book was a bit shabby, Gong Qingyao thought, next time she came to Hongyan Village, she would bring some books, paper and pens.
After Xiaomi took note and she repeated what Gong Qingyao said, "Sister Qingyao, am I right?"
"Yeah." Gong Qingyao took the bracelet out of the bag, "This is a reward for you."
Xiaomi happily took it over, "Thank you sister Qingyao."
-----
The author has something to say:
Ai Xiaoyun, Shi Gaoyi, etc: Black powder? You are so brave.
Black powder: Shut it, who is afraid of her? Isn't there still Cloudless Fortune-teller?
Cloudless Fortune-teller: What, what, what happened?