The Master of Metaphysics is The Movie Queen – Chapter 35

Gong Qingyao looked at the nine written in red on the side of the stairs. They had climbed several floors, but still stayed on the ninth floor. It seemed that they had encountered a ghost hitting the wall. With this kind of low-level blind eye technique, Gong Qingyao threw the talisman in a certain direction, and planned to continue walking forward, but she heard the movement behind her.
She looked back, and said coldly, "Didn’t I tell you to leave first?"
Everyone screamed in shock when they heard such a cold voice.
Honeydew said immediately, "This is the master."
Everyone walked forward. They didn't expect the master Honeydew mentioned to be so young, so they were shocked on the spot for a while.
Gong Qingyao looked at the Honeydew, and the Honeydew hesitated, "I, we..."
He didn't say anything for a long time. Gong Qingyao saw that people had already come anyway, so it would be useless to say more. She simply said, "Follow me."
Because of Zhang Qi’s situation just now, Gong Qingyao didn’t even need to say this for everyone to follow Gong Qingyao closely in fear of falling behind. Everyone held their breath and walked upstairs slowly.
As soon as they arrived on the tenth floor, a burst of weird voices appeared. The students headed by Honeydew screamed again and again. Lu Qianqian, who was still a little scared, saw this scene, and suddenly she was not so scared anymore.
Gong Qingyao couldn't bear to look at this scene, and stepped straight to the tenth floor while throwing a talisman. The moment the talisman was throw, a large area was cleaned. Feifei took another bite and Lu Qianqian also swallowed some. These strange voices were immediately gone. The air also didn't seem so cold anymore.
The students looked at each other thinking, this master was a true master. Suddenly everyone looked at Gong Qingyao differently, and they all felt that their decision to follow just now was right. However, everyone was only happy for a few seconds. Shadows flashed by, and then more and more shadows seemed to surround them.
"Hehehehe" oozing laughter rang out. It was a third level ghost. "Oh, there are so many people who come to die today, maybe I can cultivate to a higher level." 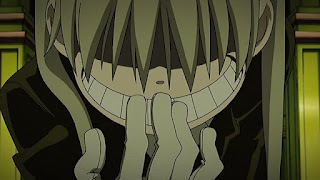 "On your dream." Gong Qingyao's cold voice made the ghost startled for a while, and then a look of jealousy appeared in his eyes.
Just now he discovered that there was a person who was very powerful. He didn't expect that after seeing a real person, she was much more powerful than he thought. He stopped talking nonsense, moved quickly to the end of the crowd, pulled a student closest to him, and then threw him out. People said that bad guy died of talking too much. This ghost obviously knew this.
He acted in a thunderous manner, and brought Gong Qingyao to react. She was definitely going to save the students. In this gap, he could kill all the remaining students, and finally clean up Gong Qingyao. If Gong Qingyao didn’t save that student, then this student would fall to death from here, the fresh soul could make him break through the fourth level of the ghost cultivation, and then he will kill all these people. So any outcome would be the same.
However, this ghost was thinking too much. When he threw out the student, Gong Qingyao pulled the student back directly, and Feifei attacked the ghost. When Gong Qingyao put the student on the floor, the soul-breaking knife in her sleeve sliced towards the ghost. The ghost looked at all this in shock. In the blink of an eye, he was gone?
He worked so hard to cultivate to the third level of ghost cultivation, but he was defeated? He was not reconciled!
Feifei didn't give him extra time, and he swallowed the yin energy directly, while Lu Qianqian swallowed the rest.
When the students saw this scene, they all collapsed on the ground, and the student who was thrown out just now didn't say a word.
After Gong Qingyao took care of this place, she said, "It's okay, let's all go."
When the students heard this, they cried. It was so scary that they would never come here again. As the yin air here disappeared, their cell phones rang, and they finally felt that they were really saved. Gong Qingyao took out a few talismans and handed them to Honeydew. "After returning home, brew with water and drink it."
Honeydew and his friends took the talisman and thanked Gong Qingyao again and again before leaving. As soon as the group of students left, Gong Qingyao’s cell phone rang. It was an unfamiliar number.
Gong Qingyao picked it up, and the other end immediately said, "It’s me, Qin Ze."
Gong Qingyao remembered that she was looking for Qin Ze’s in the morning. "Yes." Before she could talk about the website, she heard Qin Ze ask, "Where are you?"
Gong Qingyao replied, "Dream Garden Community."
As a native of the capital, Qin Ze certainly knew where Dream Garden Community was, "Why did you go there? Wait for me! I'll be right there!"
After speaking, Qin Ze hung up the phone.
Gong Qingyao was a little helpless, she put her mobile phone away, and continued to wander in Dream Garden community. All the remaining yin energies were cleaned up until every last bit disappeared, and Lu Qianqian went straight back into the ring, feeling that she was about to break through the second layer of ghost cultivation.
Gong Qingyao heard a movement behind her, turned around and found Qin Ze coming.
Qin Ze was a little frightened when he saw a dark shadow walking towards him, but finally saw it was Gong Qingyao. He was relieved to see that the other party didn’t seem to be hurt, "Why did you come here?"
"Save people." Gong Qingyao answered.
Seeing that the sky was getting darker and darker, Qin Ze felt that it was not appropriate to stay here any longer. The haunting stories here were very vivid, and Qin Ze had been here in person before. He had also seen the shadows, although he was not sure if those were real or not, "Let’s go out."
Gong Qingyao refused, "I can’t go yet."