The Master of Metaphysics is The Movie Queen – Chapter 30

At the same time, a huge monster came out of the soil.
Most of the people present screamed, and their sleepiness was completely gone. One cameraman stayed on the ground for a long time without getting up, and there was a pool of suspicious liquid flowing on the ground under him. Lu Yongyi beside Gong Qingyao was silent, but his pale face had explained his state of mind.
You Xingyu looked desperate. Like the others present, he had only one thought at the moment, he was probably about to end here today.
Gong Qingyao didn't expect to see a sacred beast here. Yes, the monster in front of them was Feifei, one of the ten ancient sacred beasts. At this moment, Feifei obviously has reached the critical moment of a calamity. 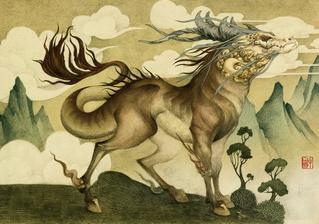 Feifei
Originally Gong Qingyao planned to watch it quietly, but there was a silly person on the opposite side. He grabbed the stone next to him and threw it on Feifei.
"Not good!" Gong Qingyao didn't have time to stop him. Feifei was in the midst of a calamity, and would not hurt anyone next to him. However, if the stone was hit, it would be different.
Sure enough, Feifei’s eyes began to turn red. It seemed that if an ordinary stone hits Feifei’s body, he should not feel anything, but by coincidence, the stone happened to hit the end of his tail, so Feifei became angry. Facing the cameraman, he roared loudly. People had a strong sense of survival. In an emergency, the cameraman grabbed You Xingyu next to him and threw him out.
You Xingyu who was thrown out and sat on the ground: ???
Seeing that Feifei was about to attack him, You Xingyu froze in fright, too shocked to even run.
Gong Qingyao threw a talisman towards Feifei, quickly flew to You Xingyu's side, and directly threw You Xingyu aside, three actions in one go.
You Xingyu, who landed in a parabola once again: ...

Although Gong Qingyao's talisman could make humans stand still for a minute, but for Feifei, it lasts for ten seconds at most, so after You Xingyu was just thrown aside. Feifei was able to move again, Gong Qingyao moved her position while changing her gesture to attack Feifei.
If Feifei was not in the middle of calamity, the current Gong Qingyao would definitely not be his opponent.
It was not exactly an attack, as it was more like "trolling". Gong Qingyao attacked to the left of Feifei, then flew to the right, attacked again, and then flew to the front...
She flew in all directions, after a while, Feifei turned himself around and around.
Lu Yongyi and the others who ran to the distance saw this scene and were stunned. When Gong Qingyao flew in front of You Xingyu just now, they were dazzled. At this moment, Gong Qingyao was still flying around. She was really flying?
Zhong Xinyi was stunned for a while, then reacted, rushing towards the place far away from Feifei, the others also followed her, only Lu Yongyi and You Xingyu were still at the scene, the former was worried about Gong Qingyao, and the latter was frightened several times, his senses were not back yet.
Half an hour later, Gong Qingyao's profound strength was running out. She glanced at Feifei, and once again made the final round of attacks. However, until Gong Qingyao's profound strength was exhausted, Feifei remained unchanged.
Gong Qingyao landed smoothly on the ground. Although Feifei was an ancient beast, most Feifei was very friendly to humans, so the one in front of her must also belong to this category.
The people in Qianping had to be aware of the existence of Feifei. Yesterday, the old lady mentioned that as long as they were respectful they could eat food. The red fruit was the product of Feifei. This was why the fruit also contains energy. Feifei liked to eat turkey the most, so the old grandfather raised a lot of turkeys, he probably wanted to feed them to Feifei. That was to say, Feifei and the people here had been living in harmony for so many years.
Gong Qingyao didn't want to hurt Feifei. The attack method was just so Feifei would return to his original size, but this method obviously failed.
When Feifei walked towards Gong Qingyao, Gong Qingyao sighed and took out the knife made of thousand-year-old cold iron from her sleeve. But a "pop" sound was heard and Feifei suddenly covered his butt, and then squatted on the ground. He then became smaller and smaller, and finally shrank into a state about the size of a pug, showing a person holding a gun standing behind him. Qin Ze. 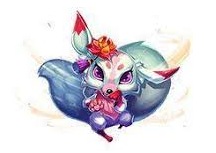 When Qin Ze was about to fire a second shot, Gong Qingyao yelled, "Stop."
Hearing this, Feifei, who was squatting on the ground, ran behind Gong Qingyao, clutching his butt, and Gong Qingyao squatted down and hugged Feifei. In her arms, she released a little bit of profound energy to Feifei.
Feifei was at a critical juncture of a calamity just now, but he was hit by a stone and disrupted the process, then Gong Qingyao attacked, and finally he was shot by Qin Ze on the ass. Qin Ze intended to aim the gun at Feifei’s head, but it was too high, so he hit him on the butt. Unexpectedly, Feifei directly became a puppy.
Feifei felt Gong Qingyao's profound energy, and his hot breath calmed down. He stretched out comfortably, rubbed his head twice in Gong Qingyao's arms, and found a comfortable position to stay. He seemed to be falling asleep. Gong Qingyao knew that Feifei was planning to cross the calamity again. She nodded to Qin Ze, hugged Feifei, and disappeared.
Qin Ze took the gun back silently. Lu Yongyi on the side saw that Gong Qingyao disappeared in the blink of an eye, and silently blinked his eyes.