The beast base was divided into many areas. The area where Liu Weiwei was dropped was by coincident the territory of level 3 gorilla that she hadn’t been able to beat twice before. Before Qin Mo left, he helped her open the protective cover very humanely, and told her not to leave the light cover.
However, when the first gorilla with black hairs and two very long fangs appeared, it trampled on the ground with both feet provocatively, and the rising dust made Liu Weiwei's whole person muttered oh no.
However, people were resilient. Frightened and fainted several times, Liu Weiwei already had a certain resistance to this kind of beast. Recalling what the major said before leaving, she tilted her head.
"Throw my food their way? Is this serious? Do we still need to feed the enemy before the battle?" Good humane fighting method!
Liu Weiwei felt that it was everyone's responsibility to maintain the public's beast base. She also felt that the wretched Major had rich combat experience so at least he wouldn't deceive her. She thought back about the silver mecha in that video. Well, the man was an expert in hunting and killing beasts.
Liu Weiwei quickly turned over the inventory in her space station. Although there was not much left, it happened that one of the snacks she has learned was very suitable for primates, while she also loved it very much (〃'▽'〃)
"Roar!" The gorilla slapped his chest with excitement, rushed towards her fiercely, and quickly raised a palm that was wider than hers, brushing the ground and whizzing at her!
Liu Weiwei was in a hurry, but finally took out a golden fried banana. 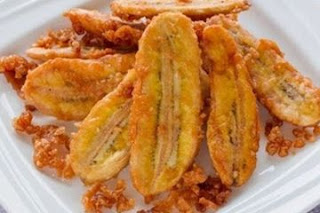 The black gorilla, who was about to raise his arms high, was still screaming with his mouth wide open, but within a second, he closed his mouth suddenly. It raised a dazed arm in the air, and had not been able to wave it down. Soon its black fluffy face wrinkled, and its nostrils twitched.
"Hey, this is a super delicious banana, sweet and soft, crispy on the outside and tender on the inside." Liu Weiwei was shaking nervously. But she still had the courage to break a long strip of fried banana in her hand from the middle, revealing the fresh and sweet banana meat inside.
After roaring twice, the black gorilla lowered his huge head and stretched it out in front of Liu Weiwei. It seemed to be studying what would give off such a charming fragrance. Soon, the raised arm of the gorilla was lowered and spread out towards Liu Weiwei. On the huge open palm that could even hold five of her, sharp nails in the dense black fur contracted.
Well, did it want to eat?
After thinking about it, Liu Weiwei quickly threw the fried banana into its palm. The fried banana was not even the size of the beast pinky finger, and was suddenly slapped into the mouth by the gorilla.
"Wow!" This three-meter-high gorilla had water in its eyes. It patted its chest twice, and then moved around in a circle with excitement. There was not enough food in its mouth to even fill the gap between his teeth, so he chewed his teeth cherishingly.
Soon another palm stretched out in front of Liu Weiwei.
"Wow!"
Liu Weiwei: (～￣▽￣)～ It's really the same as the little monkey in the zoo. Every time she took a banana out in the past, it would snap off the iron chain and try to stick its hand out of the fence.
A minute later, Liu Weiwei and the gorilla got along very peacefully.

Reach out.
Feed.
Reach out.
Feed.
Reach out.
...
There was no need for missiles or bullets, just bananas could make all monkeys obedient.
Liu Weiwei was very pleased. Although such huge body gave her a lot of oppression, it still looked cute when eating bananas. It also allowed her to touch the soft hairs on its palms and lower its head to directly gnaw the fried banana in her hand.
At the end of the meal, the gorilla screamed excitedly, as if it hadn't eaten a banana in 800 years.
Many planets in the galaxy grew bananas, but most were used directly make nutrient solutions to keep them fresh, so only a small part were directly eaten. Wild beasts usually did not go to the planet where humans lived, except during beast wave. Many of them were wandering around black holes, or on deserted planets where both did not have a large number of plants.
For a long time, after generations of mutations, the beasts had been able to survive by eating metals, minerals, and even soil. Only if the powerful beasts occupy a resource-rich planet, they could eat some green vegetation, or they could feed themselves by eating the weak beasts among themselves.
And this kind of beast that was caught in the base and used for student training was basically beasts nurtured by the Alliance’s Science and Technology Bureau. It was raised using normal feed. Eating feed would make the beasts grew faster without stinking.
The original owner, including many other interstellar natives, had long been ignorant of the food tendency of beasts before it mutated. The gorilla in front of Liu Weiwei had never eaten bananas since it was born. After swallowing more than a dozen of fried bananas, it finally remembered that being alone was not as good as being together, so it stood up and started calling its friends!
Liu Weiwei thought it was eating happily and was expressing its emotions. She didn't know that she had been gradually surrounded by gorillas that came after being called. When she took out the last fried banana, she discovered that there were three circles of gorillas surrounding her.
Liu Weiwei: "(｀Д′)!!" What about peace? What about being cute? Growl!

When more than a dozen, no, more than 30 gorillas about three meters high each rushed towards her with their teeth and claws, Liu Weiwei almost knelt down.
She has a protective cover, yes. But it could only resist the attack of three beasts. D*mn it! According to the textbook, beasts were very aware of its own personal territory, so there would never be three beasts of the same type within 30 kilometers. Now even textbooks were teasing her?!
"Ohhhhhhh!"
"Ohhhhhh!"
Thirty gorillas were all roaring, slapped their chests, and kicked the ground!
Liu Weiwei felt that she had nothing to love. "Wait, wait, my meat tastes terrible! I have chicken legs, chicken wings, chicken steaks, chicken butts, all taste better than me (T▽T)"
...
In the beast base, the physical skills exam candidates gathered were divided into three groups.
The one with least member was Liu Weiwei's failing faction, with only one person, active in the area of level 3 beast the gorillas. The next one was led by Lieutenant Lu Qingheng, three six stared talented students, training in level 6 iron pig demon area. The remaining 500-something candidates, most of which were four and five star, were divided into ten smaller groups, and they concentrated in their respective fields of beasts, especially the area of the level 5 beast green crocodile.
"Take a rest, stand at attention, and look to the right! Everyone, listen to my command and launch an offensive against the iron pig!" Lieutenant Lu Qingheng gave orders.
The three talented students all stood in position as if they were facing a real enemy. Even if they were ranked six stars at physical skills, because of their young age, their strength was very unstable, and their fighting experience was very lacking. When facing beasts of the same level, it was difficult for them to kill the beast with one stroke. People that were not careful might even get a fatal blow from the wounded resistance of the beasts. In the simulation cabin, they only had confidence in defeating level 5 beasts, so they were a bit afraid when facing level 6 beasts in reality.
Ai Mu, the eldest, took a step forward, but he couldn't contain the tension in his heart. Fortunately, the instructor stood behind him and could protect him at any time. Ai Mu swiftly took out his best laser cannon. Although it weighed ten kilograms and had strong recoil, he was fully capable with his seven stars physical skills rank. He attacked the tin pig in a straight line from the front. After he fired the shot, he squatted down quickly, and rolled ten meters out to the right side sensitively!
The iron-skin pig had extremely strong defensive power and extremely hard skin. Only this kind of heavy fire shot could break through. It also could run at a speed of up to 100 kilometers per hour, and it was extremely good at sprinting. With a pair of sharp steel fangs on its mouth, it could sprint quickly even after hit by a bullet, and pierce the enemy in front of it.
Ai Mu rolled ten meters to the side. He was extremely wise and quick to react, and he had rolled out of the pig’s most dangerous attack range. But the lieutenant's appreciation he was waiting for, and the applause of his classmates did not arrive. When he rolled on the muddy ground next to him, he looked up and saw the two plump butts of the iron pig.

The pig roared, then...and ran away?!
"I, did I miss?" Ai Mu was dumbfounded. Not only did the wounded iron pig did not get angry or became violent, but it left without a care?
"Ah, my iron pig also ran away!" One six star ranked girl also exclaimed.
The three people looked at each other.
Lieutenant Lu Qingheng stood behind them with a black face, "What are you doing in a daze? If it ran away, look for the next one!" The beasts saw that the humans but did not attack, instead it ran away! He was also surprised, but what could he say? Humph, he was also an instructor who wanted face. But he had just put on a calm expression, when he saw hordes of beasts... ran past him and even crawled. From level 3, level 4, until level 6 all.
"Beast, beast wave!" Ai Mu, who has always been proud, sat on the ground in panic.
Lieutenant Lu Qingheng darkened his face, "You are so confused!" If it was a beast wave, the beasts would definitely eat up them four single human beings first, and then the beasts would follow the lead of the highest level beast to run to their next target.
But in this short ten seconds, seven or eight types of beasts had also run, so there was no leader at all. This running was like a collective move!
"Call the major urgently."
"Chief, the base monster is suspected..."
…
In the territories of level 3 gorillas in the distance at this moment, there was a feeling of tens of thousands of horses stomping on the ground.
"Ah... no more, no more! The chicken drumsticks are all gone!"
"Ah...the tofu pudding is also gone..."
"Wait, don't eat me!" The girl let out a scream of despair, and fainted again.
But in the next second, a level seven rare long-haired lop-ear mutant rabbit with soft hair, squeezed towards the girl. Its hairy ass crushed her face. And then, its tender tongue licked her palm waiting for feed. 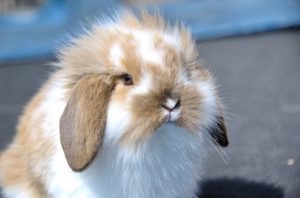 The giant long-haired lop-eared mutant rabbit, the leader of the level seven beast, showed the attitude of a beast base king with his butt ￣▽￣

The rabbit was in a hurry, it also wanted to eat chicken legs~